Using the default 1GB file size on CrystalDiskMark we test both the M.2 SSD and Seagate hard drive to get an indication of performance and speeds. 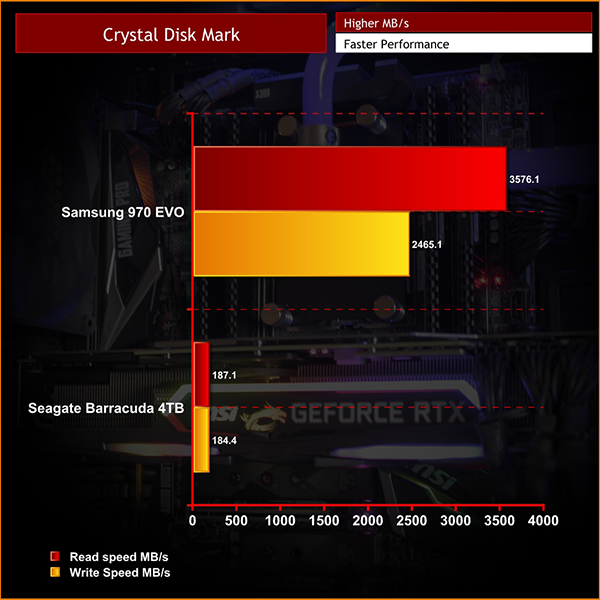 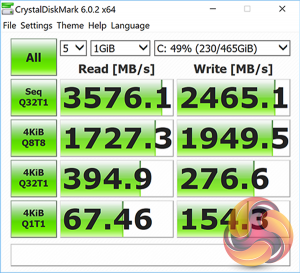 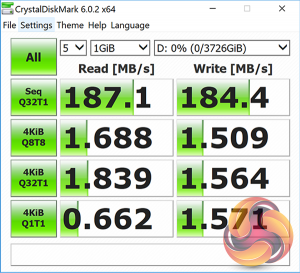 Taking a look at the results the Samsung 970 Evo is a really good choice for the system and makes total sense. It’s still easily fast enough for moving data around and although you could upgrade to the Pro version, it’s hard to say how noticeable the speed increase would be on a day to day basis.

The size of the M.2 also helps to make up for slower hard drive speeds. 500GB would allow a few current games to be installed, with space left over for say video editing projects, basically offering a bunch of space for things that will actually benefit from the 970 Evo’s faster speeds.

The benefits of the AMD Threadripper 2950Xs high core and thread count, 16 and 32 respectively, suggests it’s going to be an absolute beast in multi-core performance tests. Cinebench is a good test of this. 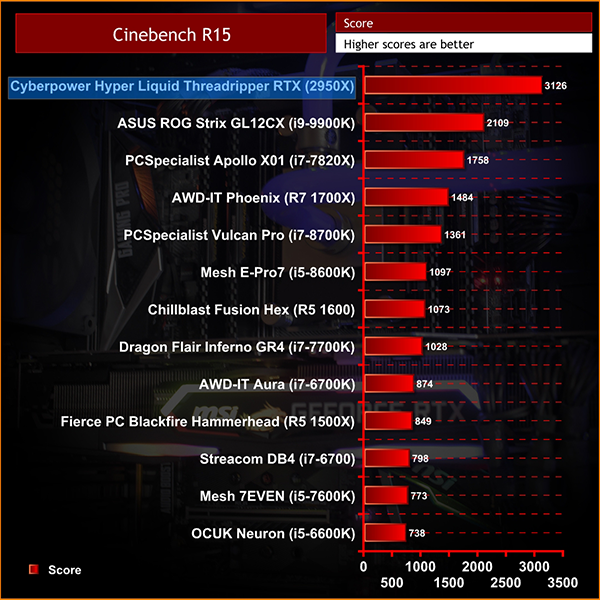 The 2950X absolutely killed it, and the multi-core pass flew by in basically a matter of second which is great to see. The 2950X is running at stock though so ramping up to 4.4GHz when being really pushed.