If you happen to be someone that’s modded their game of Call of Duty: Ghosts, Activision may have your number, as it’s been getting extremely trigger happy with its banhammer gunblade over the weekend, perma-banning huge numbers of players. But it’s not just those that have cheated directly, merely playing in a game that’s been modified to last longer, offer extra experience or fast-track you to prestige, could see you banned too.

As it stands it seems it’s the PS3 and PS4 versions of the game that are being specifically targeted.  However most of the time, the people being banned just for associating with these hacked games, didn’t even know they were in one. These casual players like CoD forum user tcsdaniels, or Reddit user wuzzup, both found themselves permanently banned after unknowingly spending some time in server they were automatically added to. 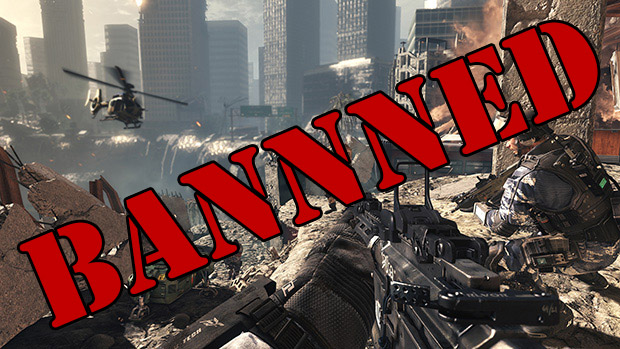 Activision’s initial response to the news that these bans were being dished out, perhaps unfairly, was stony faced: “All bans are final and will not be reversed. Nor do we provide any additional information or specifics in regards to the ban.”

However, some users like themidnightsociety are now reporting that their bans have been lifted, so perhaps there is some hope for those affected unfairly. How did he do it? By being determined.

“I sent a few emails to their legal department and one to infinity ward. I also posted on twitter quite a bit,” he said. “I was sure to give all of the info I could about my account to anyone that could possibly help me. The main thing is not to give up if you are innocent. I was hung up on, ignored and told there was nothing they could do but I didn’t give up.”

KitGuru Says: Have any of you guys had problems with your account being banned? If so, did you get it back? Let us know on the KG Facebook page.