Over the years, Valve has opened up the Steam platform a ton, adding lots of features and making it easy participate in the Steam community via the Workshop, Marketplace, Reviews and groups. Unfortunately, this also opens up the door for scammers attempting to take advantage, with CS:GO skin scammers making a return.

Just a few weeks ago, Valve attempted to tackle this very same issue by placing limitations and an approval system on the Steam Workshop for CS:GO, Dota 2 and Team Fortress 2. The idea was to stop the number of Workshop listings falsely promising free skins. Some of those people have since moved on to abusing Steam's reviews function to advertise. 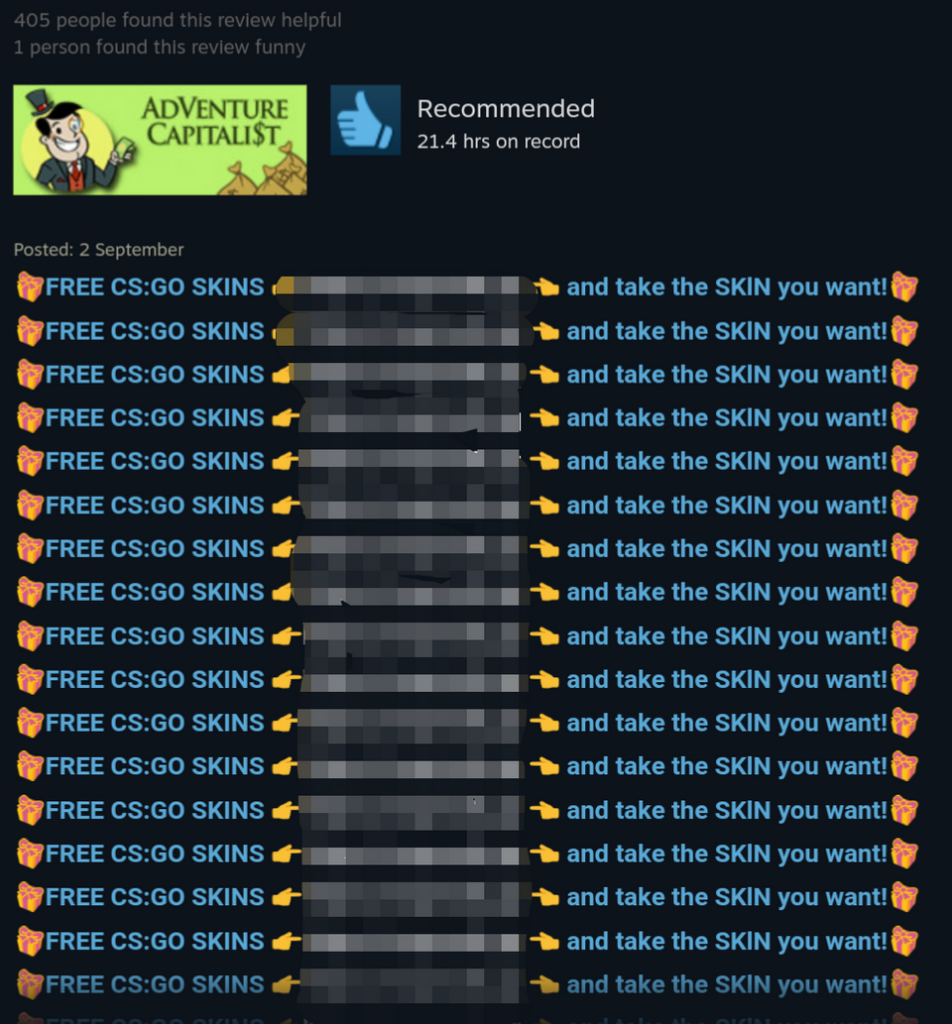 As pointed out on Reddit this week, CS:GO skin scammers are now promising ‘free skins' for the game in the reviews section for games on Steam and then using a series of bots to add ‘helpful' ratings to the review to boost the number of people it will be seen by.

Some of those reviews have already been removed by Valve but an official response has not been made just yet. We will likely hear something soon though, as the Steam team will be looking to crack down on this practise too.

KitGuru Says: The Steam Reviews function is incredibly useful when shopping around for new games but it has also been abused plenty of times too. Valve has managed to somewhat curb ‘review bombing' but now it will need to find a way to keep reviews open while also cracking down on skin advertising.