This week, we observed growing concern and unease from Google Stadia users, with early adopters taking to forums to discuss a lack of updates, missing features and other issues. Google has seemingly taken notice, finally releasing a January update running down newer developments for the platform.

On the latest Stadia Savepoint blog, Google outlined some of the news for the month, including partnerships with ISPs like BT in the UK and Verizon in the US. Google also took the opportunity to point out that it has added Achievements to Stadia this month. 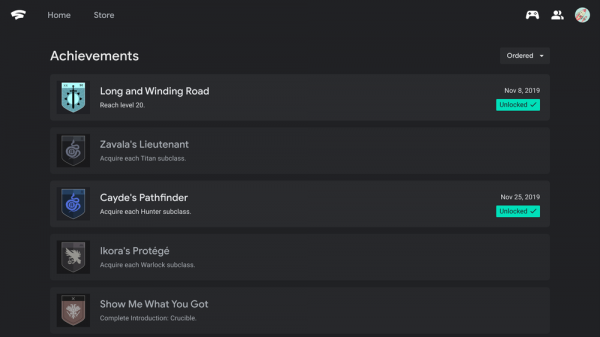 As far as ‘new content' coming to Stadia, Google classes the new Red Dead Online: Moonshiners and Ghost Recon Breakpoint Terminator event as new content for January. Beyond that, Stadia Pro subscribers will get to play Metro Exodus and GYLT in February, joining the other free games for Pro users, including Destiny 2, Rise of the Tomb Raider, Samurai Shodown, Thumper and Farming Simulator 19. Currently, Google has not said that any of these games will leave the Pro subscription library yet.

The post ends with a promise to share more updates soon. Hopefully in February, Google will be ready to start announcing some of those 120 games due to come to Stadia, as the games catalogue has stagnated this month.

KitGuru Says: Even if features are still in early testing stages, I think Google should be more open to talking about them. A big concern right now is that Google engineers have lost interest and moved on to new projects, so Google needs to be a bit more open about what's in development, even if release dates can't be given.