Android is now the most popular OS for web browsing worldwide

It looks like Google is one step closer to world domination as not only does the company own the most popular search engine in the world, but the most popular OS now also falls under its umbrella. Well, at least when it comes to web browsing.

The figures here come from StatCounter, which analysed data from three million websites, with a total of 15 billion page views combined. In that sample size, Android users accounted for 37.93 percent of web traffic. 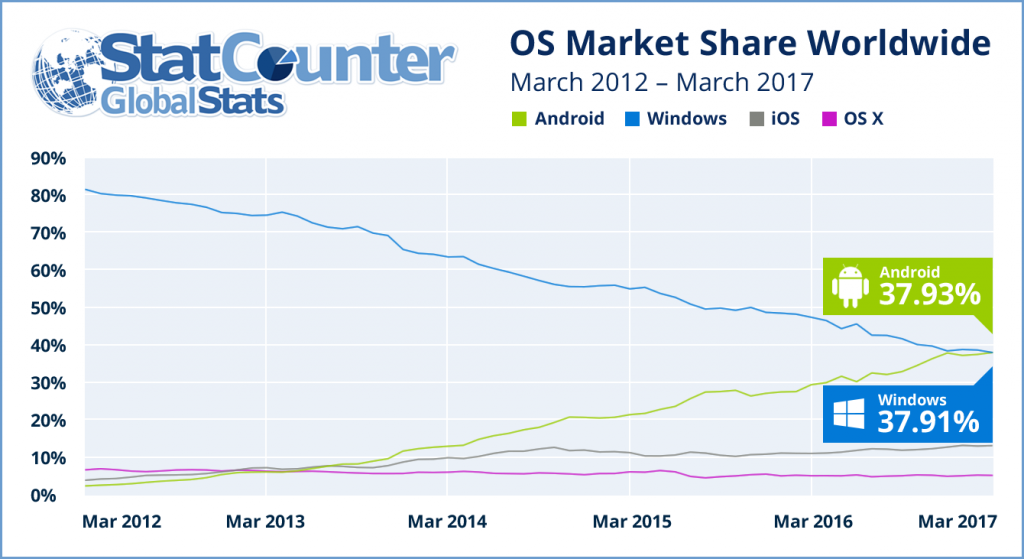 The research took into account data from desktops, laptops, tablets and other mobile devices. Windows was not far behind at all, accounting for 37.91 percent of web traffic analysed. Still, Android overtaking the traditional desktop OS is a milestone and signifies a shift in how many people use technology.

KitGuru Says: While this doesn’t necessarily mean that Android is killing off Windows, it does signify a shift in how most people use technology these days. In my own personal experience, I’ll use my phone for quick browsing even if I’m already at my PC, particularly if I’m playing a game or watching a video. Do you guys browse more often on your phones compared to your desktop these days?