One of the more obvious disagreements between politicians and security services, and technology leaders and journalists in recent years, has been the topic of encryption. Law makers and law enforcement have painted it as a dangerous weapon of terrorists and paedophiles, whilst many others consider it an important tool to avoid government oversight, to aid those struggling under repressive regimes and to allow for anonymous sending of information to journalists. Fortunately then the Obama administration has eased back on its attack on the idea of hidden information.

The U.S. government, much like many others around the world, has made a point of claiming the need for backdoor access to any encryption standards, as if there are communications that it cannot read, how could it possible defend the nation and stop nefarious actors? While it hasn’t strayed too much from that line of thinking, it has announced at least that it will not be attempting to crack open any international standards of obfuscating communications any time soon. 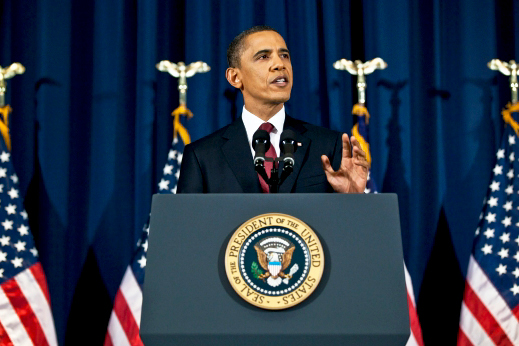 “We are actively engaged with private companies to ensure they understand the public safety and national security risks that result from malicious actors’ use of their encrypted products and services,” said White House spokesman Mark Stroh (via Reuters). “However, the administration is not seeking legislation at this time.”

The worry from tech firms and those in the know, was always that weakening encryption in any way, even to allow the government access, would make it easier for others to crack it. It has also been pointed out that the U.S. government’s recent history of data protection has been abysmal. Not only did NSA contractor Edward Snowden abscond with many highly classified files back in 2013, but recently the Office of Personnel at the White House was hacked, leading to the leaked data of millions.

If the White House can’t protect its own data, how can it be expected to protect that of anyone else?

KitGuru Says: When even your ex-Secretary of State feels the need to keep here email off of government servers, you have to imagine confidence in protection is not high.