The forum for the world's most popular torrent client, Utorrent, has been hacked, leading to the possiblity of the 388,000 registered members' passwords being revealed. The administrators have released this notice as a warning that passwords have been compromised and should be changed, especially if they are re-used anywhere else.

HaveIBeenPwnd is claiming that only 35,000 accounts have been affected by this hack, though the potential is certainly there for more than 10 times that many to be vulnerable because of it.

Although the forum itself was hacked apart, the exploit didn't originate their we're told. The one at fault was one of Utorrent's vendors, which unfortunately allowed hackers to gain access to the forum's database and in turn exposed the details of the forum's many thousands of users. 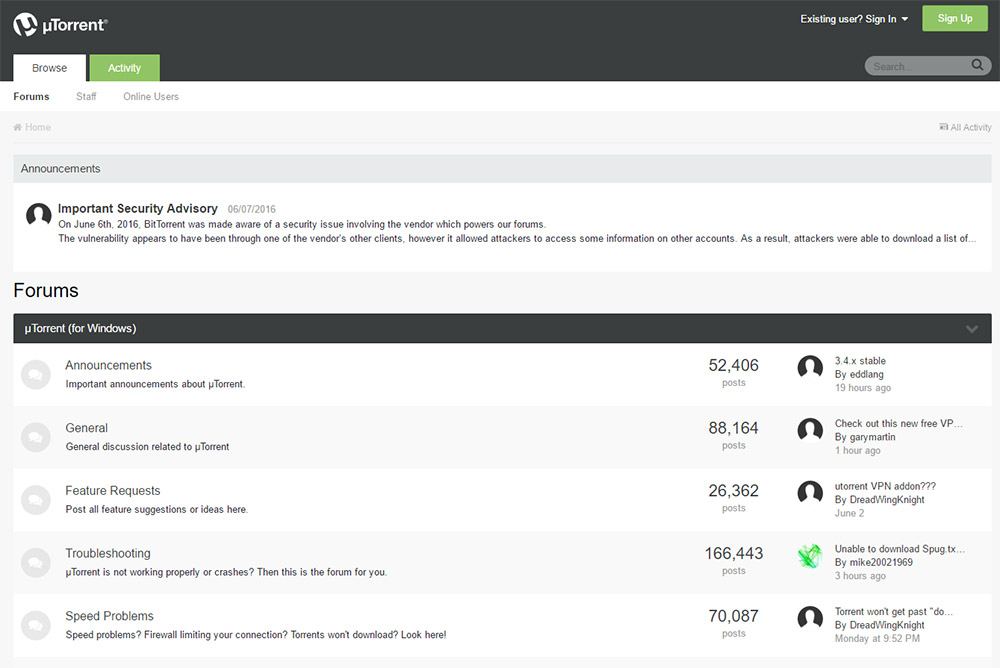 TorrentFreak is reporting that although Utorrent developer, BitTorrenc Inc. has posted a message on its forums informing everyone of what's going on, it hasn't been sending out individual emails to users. That may be because it isn't exactly sure what information was compromised and doesn't want to start a panic.

However it seems prudent – and BitTorrent Inc. staffers agree – to change your password if you feel you may be affected and do so elsewhere if you have re-used it on other sites and services.

“We are investigating further to learn if any other information was accessed. Our vendor has made backend changes so that the hashes in the file do not appear to be a usable attack vector,” the uTorrent team said in a statement.

KitGuru Says: As usual guys, if you feel like you might have been affected by this, or HaveIBeenPwnd says as much, change your passwords. Change them often and make them long and complicated.