Asustek Computer this week unveiled the world’s first media tablet that is based on a 64-bit version of Google Android operating system. The new Asus MeMo Pad 8 media tablet is powered by a quad-core Intel Atom system-on-chip that promises to provide increased performance in select applications. Initially, the slate will only be available from KDDI in Japan.

It is interesting to note that the slate is equipped with 2GB of memory, so the MeMo Pad 8 will not take all advantages of the processor’s and Google Android 4.4’s 64-bit capability (which includes support to over 4GB of memory). Nonetheless, once programs that actually benefit from 64-bit chips arrive, they will run faster on the new Asus MeMo Pad 8 compared to tablets with 32-bit application processors. 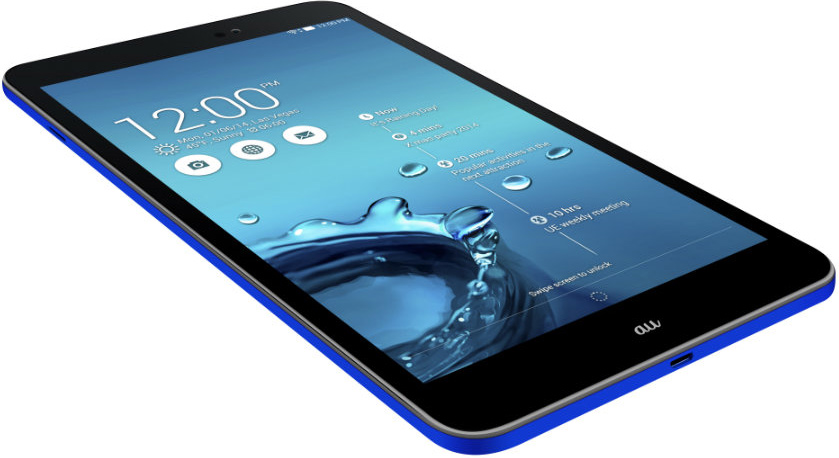 Intel demonstrated the world’s first tablet based on 64-bit Google Android operating system and its Atom “Bay Trail-T” platform last November at its annual meeting with investors. The company said back then that 64-bit processing technology could speed-up performance in numerous applications by 20% – 44% provided that apps take advantage of 64-bits (note that Intel demonstrated advantages in Windows 8.1 environment).

The new Asustek MeMo Pad 8 tablet features a sleek and lightweight (it weighs only 305 grams) design and will be offered to KDDI subscribers in three exclusive colours: pearl white, powder pink and metallic blue.

KDDI plans to offer the new 64-bit Android tablet to their subscribers in Japan at the end of August.

It is unclear when (and whether at all) the MeMo Pad 8 is set to become available in other countries. Theoretically, without all the WWAN [wireless wide area network] capabilities (which are currently tailored for the country of the rising sun) Apple could start selling the tablet outside Japan once it polishes off software in other languages.

At present only the latest Apple iPhone and Apple iPad gadgets feature custom-designed 64-bit chips based on ARMv8 architecture, which is believed to be a huge advantage for Apple iOS ecosystem.

KitGuru Says: Asus MeMo Pad 8 is clearly a very impressive media tablet. Unfortunately, since it requires KDDI to validate it in its networks, it will arrive on the market in August, considerably later than expected. If the MeMo Pad 8 also becomes the first Google Android 64-bit tablet, then Intel will hardly have a lot of advantage with its 64-bit Atom chips over its rivals from the ARM camp. The latter expect to start selling 64-bit Android-powered smartphones and tablets this holiday season, so, Intel’s partners will exclusively offer 64-bit tablets for only several months.