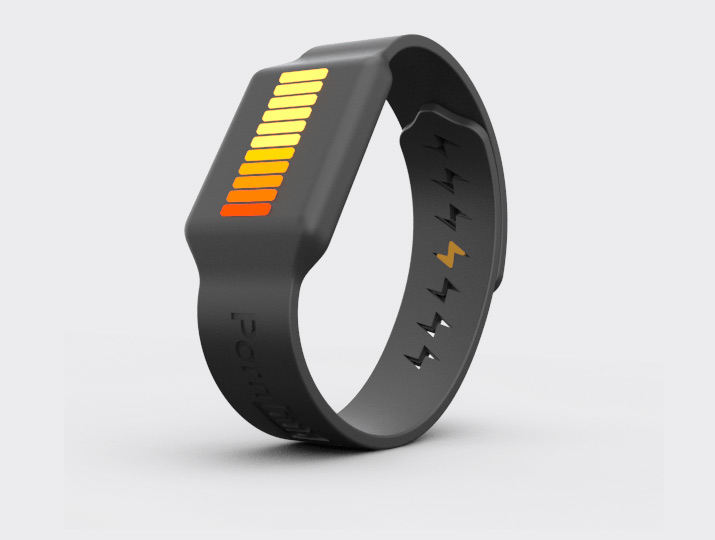 The device itself is a wrist mounted wearable with a kinetic charger inside it that generates the power as you oscillate the internal weight. There's also a built in display to show you how much power you've made and consequently stored.