Testing a portable speaker is pretty straightforward. To test its auditory abilities, I listened to it for several hours a day throughout the week, trying out different genres of music, podcasts, radio etc. On top of this, I played around with its official application, tested its waterproofing and put it through its paces in terms of the Bluetooth connection range and some of the smarter abilities, such as remote power on/off.

Setting up the UE MEGABOOM is nice and easy. It shipped to KitGuru precharged with around half battery, so I was able to pair it up straight away and get playing without waiting for an initial charge. Pairing is very easy and the UE MEGABOOM will reconnect to the last device it had paired with, before shutting down … so it feels ready to go all the time. 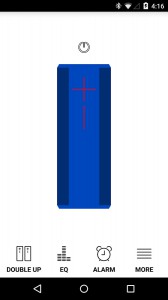 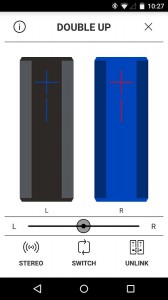 The UE MEGABOOM delivers stonking audio reproduction. Comparable even with some decent desktop speakers or a living room sound system in some genres. In terms of its profile, it leans more towards the bass heavy end of the spectrum. Subsequently it should appeal to the audience who love Rock, Electronic, Dub, and Dance music. Audio clarity is excellent throughout the frequency range.

It is perhaps at its most impressive at the lower end of the frequency spectrum, not because it will beat out kits with dedicated subwoofers – though there are some it would give a run for their money – but because it delivers such a thump for a portable speaker. This can be dependent on the surface you have it on, but for the most part it is very impressive.

Similarly the volume it produces for a battery powered unit is almost unbelievable and because of its 360 degrees sound you can put it in the middle of the room quite comfortably.

We did notice a few weak spots in the 360 degree sound coverage, but it is quite minor. This is a speaker that will work great as a party piece or just sat on the coffee table with something quiet playing in the background. 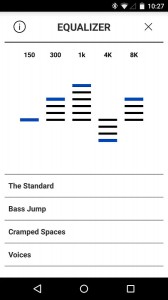 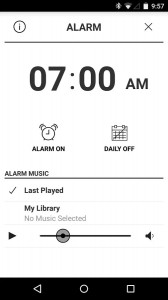 EQ profiles and custom tweaks are possible, as well as setting up a speaker alarm

The only downside to the massive volume that the MEGABOOM is capable of, is that – presumably because of protective measures – it scales the bass right back at the highest volume notches – so you actually get a lot more bass on three-quarters volume than at maximum. This is a clever design feature to possibly stop heavy distortion and even damage to the driver, but the reduction in lower frequency sound quality is quite noticeable.

One of the big claims of the MEGABOOM is that it is IPX7 waterproof rated, which means it can be submerged for up to 30 minutes at up to a metre without difficulty (no dust protection rating). Obviously I had to put that to the test. 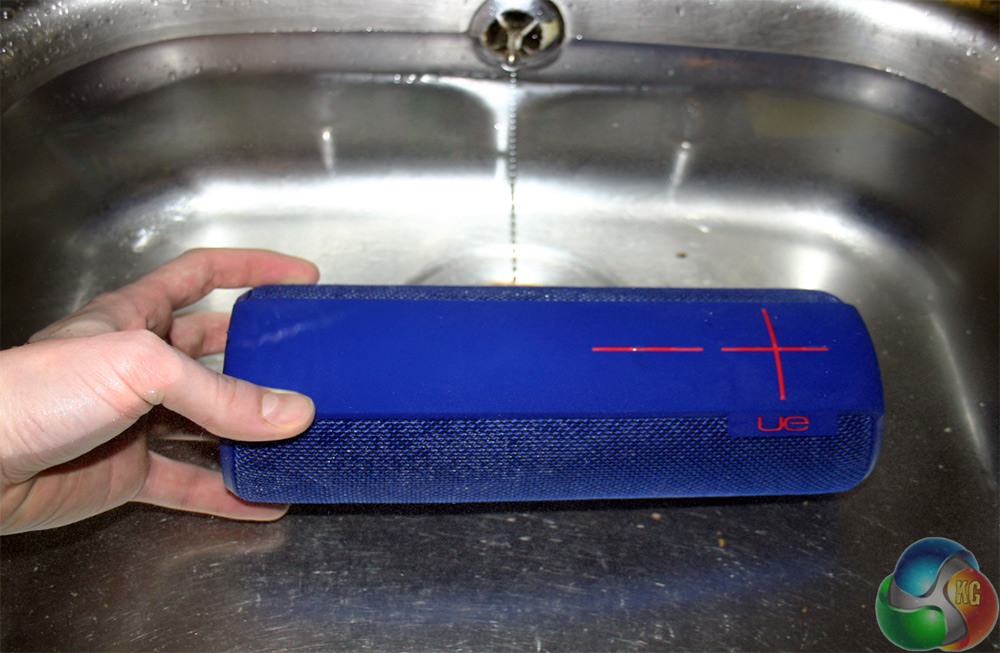 While I made sure to complete all the other parts of the review before doing this test – I was pleased with the positive result. The MEGABOOM not only continued to work after being submerged but it operated sporadically while under the water. Water seems to have a much more limiting factor on Bluetooth connectivity than distance or solid walls, as the audio stuttered while under water.

The specifications say it is capable of distances of up to 100 feet. Putting this to the test, I was able to leave my house and walk 70 feet up the street holding the MEGABOOM, before it began to stutter.

Another feature which I found very useful – when it worked – was the Smart Bluetooth remote on/off function. Using the official application (and a smartphone that supports Smart Bluetooth), I was able to turn the speaker on at a distance. It would then automatically connect and I would be able to start playing music without even leaving my seat. Unfortunately, this feature did not work at all some of the time and I found that the closer I was to the speaker, the more likely it was to work.

There is a review on the Android app store echoing the same issues so this is something Logitech/UE is no doubt working on and may not be something experienced by everyone. Unfortunately, with my Sony Xperia Z2 this feature was not exactly reliable.

One final feature worth mentioning is that the UE MEGABOOM can hold up to eight paired devices and even better, it can be connected to two different sources simultaneously. This means that you and a friend can play dueling DJs or at the very least someone else can take over providing the entertainment if your song list runs short, and all without the need to disconnect before jumping in.