Advanced Micro Devices on Tuesday unveiled two new families of accelerated processing units with low and ultra-low power consumption. The new chips, previously known as Beema and Mullins, will power thin laptops, 2-in-1s, as well as various Microsoft Windows-based tablets. Unfortunately, the majority of actual devices based on AMD’s new chips will only emerge on the market sometimes late in Summer.

The new APUs also feature chassis temperature aware dynamic overclocking as well as selective boosting according to application needs, which should provide enhanced performance in cases when it is really needed. 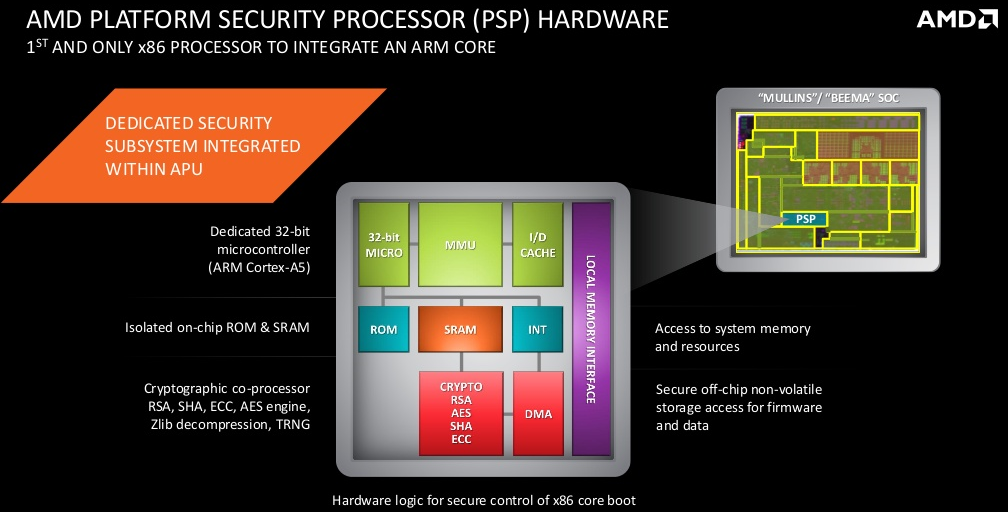 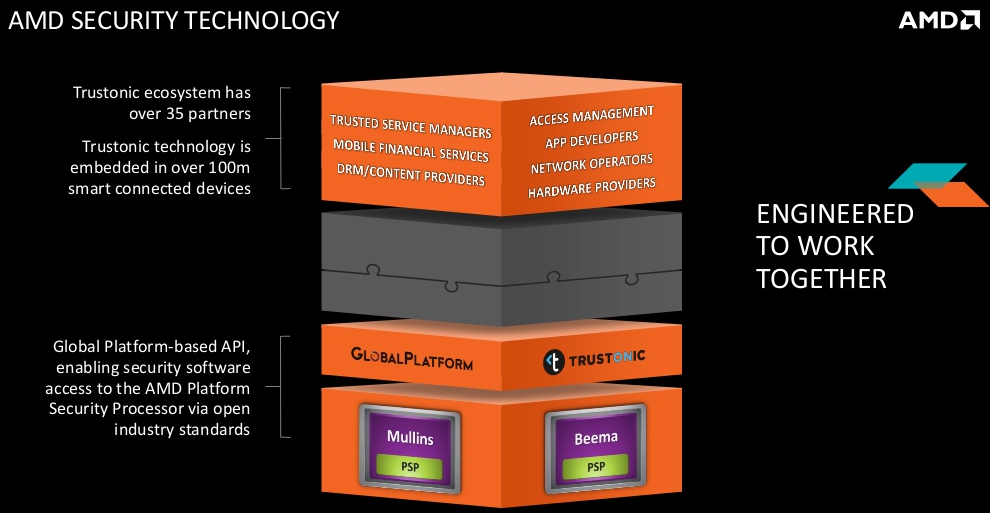 Just like predecessors, the new low-power APUs from AMD will rely on single-channel DDR3 memory controller, which power consumption was also lowered compared to its ancestors.

“When designing our 2014 Mainstream and Low-Power APUs, we were determined to once again set the standard in graphics and total compute performance in fanless form factor categories – and we’ve done just that,” said Bernd Lienhard, AMD corporate vice president and general manager of client products at AMD. “These processors combine the latest core technologies – including the first-ever ARM-based security solution on an x86 processor – with user experiences that will delight consumer and commercial buyers alike in a package that’s impressively energy efficient.”

Products based on these new APUs are already announced by Lenovo and Samsung, with many more expected on-shelf in time for the 2014 back-to-school shopping season.

KitGuru Says: Looks like mass availability of devices based on “Beema” and “Mullins” will occur somewhat later than expected.