We used a 1920 x 1080 resolution and the Grand Theft Auto V built-in benchmark set to maximum possible quality settings to offer an intense challenge for the gaming hardware while also making playable frame rates a possibility. However, the GTX970M’s 3GB of memory meant we couldn’t set absolutely every setting to Very High, and had to leave a couple of them on merely High. 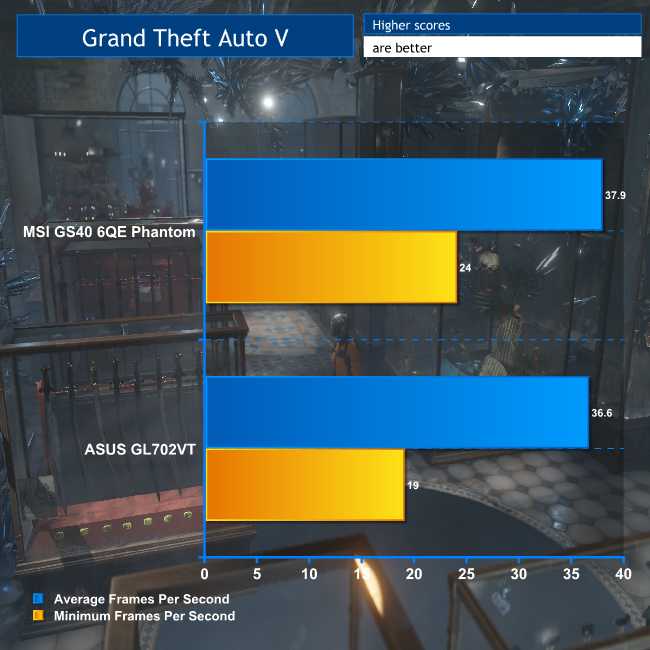 Like the MSI GS40, the ASUS GL702VT can just about handle GTA V at the best quality its memory will allow, which is another reassuring result for contemporary gaming on this notebook.