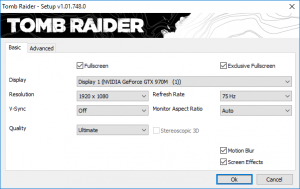 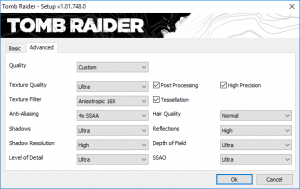 We used a 1920 x 1080 resolution and the Tomb Raider built-in benchmark set to ‘Ultimate’ quality, but without TressFX. 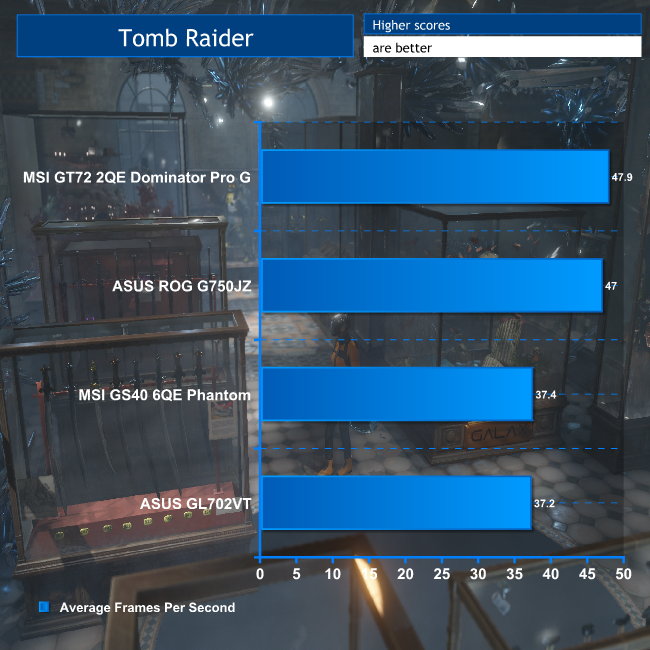 The ASUS GL702VT is providing almost identical Tomb Raider performance to the MSI GS40, which is no surprise given they have the same graphics. The score is behind the MSI GT72 2QE Dominator Pro G. The latter’s GTX980M has a greater number of CUDA cores, running at a faster core clock, and 8GB of GDDR5 with a wider memory bus.

The Asus ROG G750JZ also has the benefit of 8GB of GDDR5. But the GL702VT is still providing very playable performance, with a frame rate never falling below 25fps.