The OnePlus 6 will launch on the 16th of May

We've been sifting through various OnePlus 6 leaks and rumors over the last several months, but it looks like the end is finally in sight. This week, OnePlus confirmed that it will be launching its next flagship at an event in May.

At 5PM BST on the 16th of May, the OnePlus 6 will be launched at an event in London. Initially, we had anticipated an April 27th launch, as OnePlus has an ‘Avengers Infinity War Special Edition‘ version of this phone coming out. However, it looks like things will actually happen a little later. 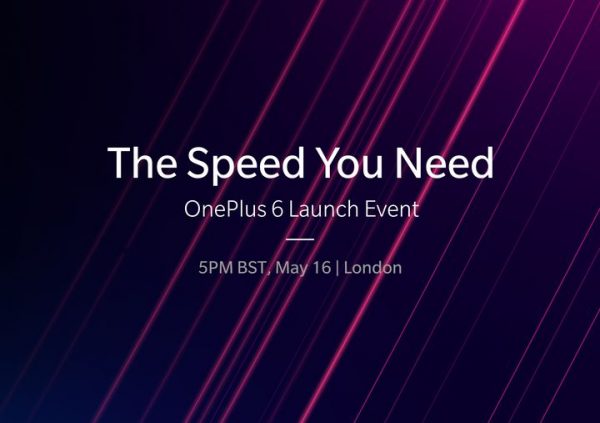 Previously, we have heard a few things about the design of the OnePlus 6. It will have a notch like many other Android phones currently hitting the market, it will also feature an all-glass design for the first time, similarly to the Galaxy S9 and the iPhone 8 or iPhone X.

Under the hood, the OnePlus 6 will feature the Snapdragon 845, alongside a maximum of 8GB of RAM. With those specs, it should be one of the fastest Android smartphones on the market so far this year.

KitGuru Says: Most of the details surrounding the OnePlus 6 have already been revealed, but we'll be keeping an eye on the event in May to keep you all updated. Are any of you currently looking to upgrade your phone? Are you thinking about picking up a OnePlus 6?

Previous PC owners of Dark Souls will get a discount on the remaster after all
Next Ubisoft outlines Rainbow Six Siege operator changes, starting with Lion