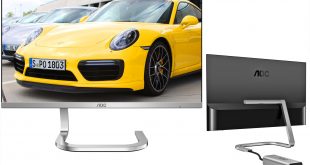 The Porsche brand is synonymous with performance, but also with a certain flavour of functional, reliable, no-nonsense design. This ethos has been exported beyond the automotive industry via the Studio F. A. Porsche subsidiary to everything from watches, phones, pianos, and even handbags. Latest to benefit from the particular Studio F. A. Porsche treatment is AOC, with a new range of screens recently launched in Leipzig. First to arrive on our test bench, in a world exclusive appearance, is the 24in PDS241.

As we reported in our news piece, AOC is aiming to “revolutionise the traditional approach to monitor design”, and the PDS241 certainly lives up to that billing from the aesthetic point of view. It is gorgeous in the same way that Porsche cars are – not flamboyant like a Ferrari or a Lamborghini, but emanating a quiet sense of competence. 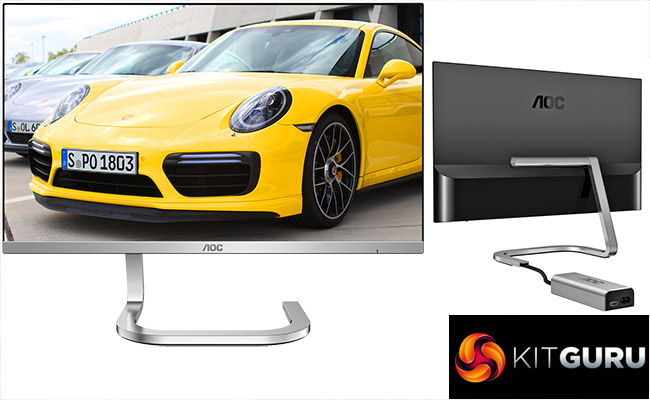 Inside, however, the PDS241 is a fairly standard, if high quality, screen. The 24in billing is actually 23.8in diagonal, with the 1,920 x 1,080 Full HD resolution that is normal for this screen size. The panel uses AH-IPS technology, so should exhibit top-notch colour fidelity, and boasts 178-degree viewing angles. The 250cd/m2 brightness rating and 1,000:1 contrast are on par for IPS technology, as is the 4ms grey-to-grey pixel response time. The maximum refresh is just 60Hz, which is nothing to worry about but way behind the 240Hz that is the pinnacle of gaming prowess.

There is also only a single HDMI input, no built-in USB hub, and just a headphone output. So this screen is focused on its physical design rather than features. UK pricing is expected to be around £200, which may be a bit much for a 24in screen in general, but isn’t not so bad for an IPS one, and definitely not the kind of premium you might expect from a Studio F. A. Porsche design. The Blackberry smartphone sporting this pedigree was about three times the price of the model it was based on. So let’s find out if the AOC PDS241 lives up to its Nurburgring-busting brand association.

Previous In the wake of great success with the Switch, Nintendo reveals the ‘New 2DS XL’
Next Apple’s self-driving car tech has been spotted in the wild