As you can see from the management interfaces of both routers, our samples were already supplied with AiMesh support enabled. But if you already own a compatible ASUS router, the first task will be to update the firmware to the latest version that includes this option and upload the AiMesh firmware, which is a separate file and can be updated separately from the main router firmware. 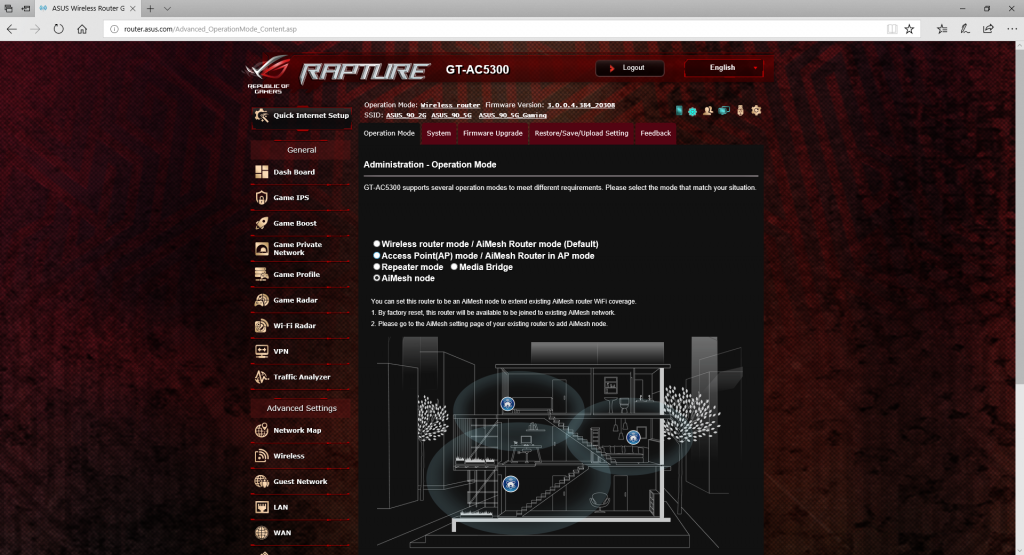 We intended to use the GT-AC5300 as the main router, since it has tri-band WiFi. Although the GT-AC5300 also has the ability to be turned into a node, in Router or AP mode it’s automatically available as an AiMesh base station, with no further configuration necessary at this stage. So the next step is to fire up the secondary router, in this case the RT-AC86U. 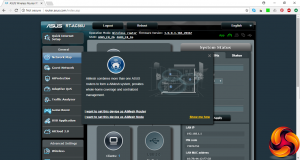 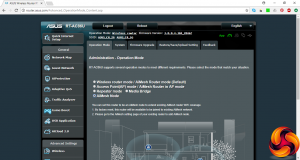 When you login to the secondary router, you may be prompted with the question of whether you want to use this device as an AiMesh router or node. But if not, the option can be found in Operation Mode tab of the Administration section. Click on the AiMesh Node radio button and save the settings at the bottom. 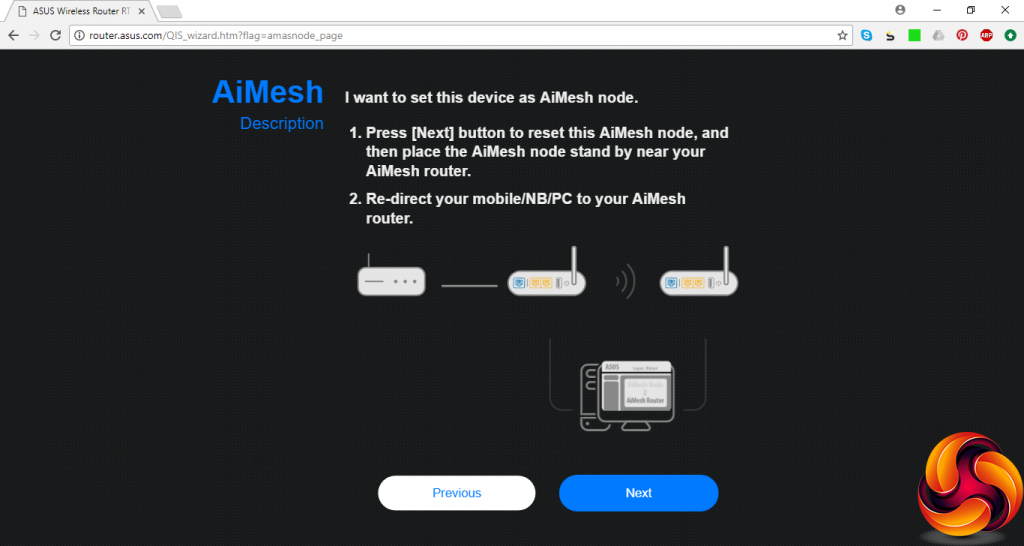 Whether you’ve gone via the prompt or the Operation Mode option, you will be led to this wizard which will then reset the router as an AiMesh node when you click Next. 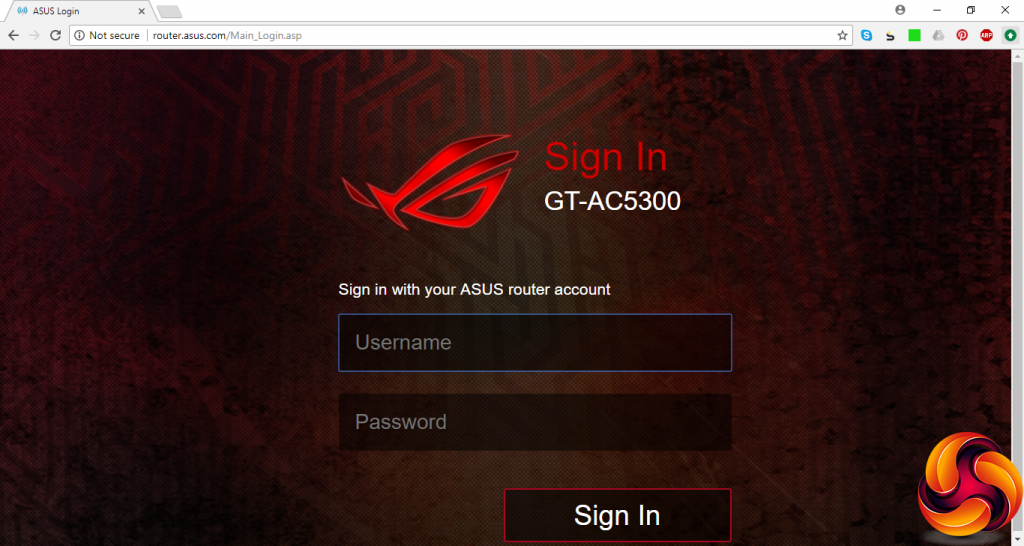 When the login pops up again, it will actually be for the AiMesh router, not the node, so you have to log into that device instead. 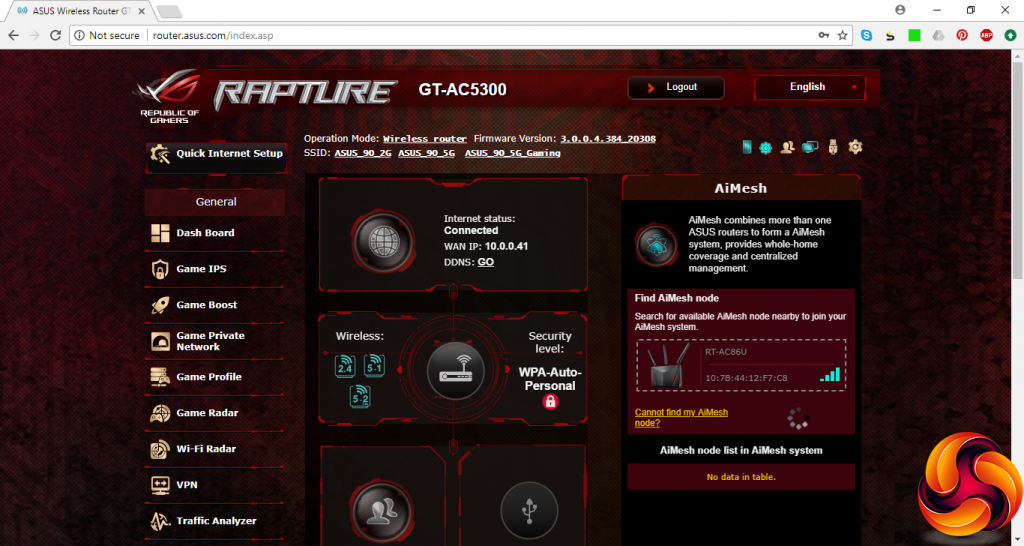 You click on the AiMesh Node icon (which is just below the bottom of this screenshot), and the system will begin to search for any AiMesh nodes that haven’t been assigned. You can see that our RT-AC86U has been discovered. 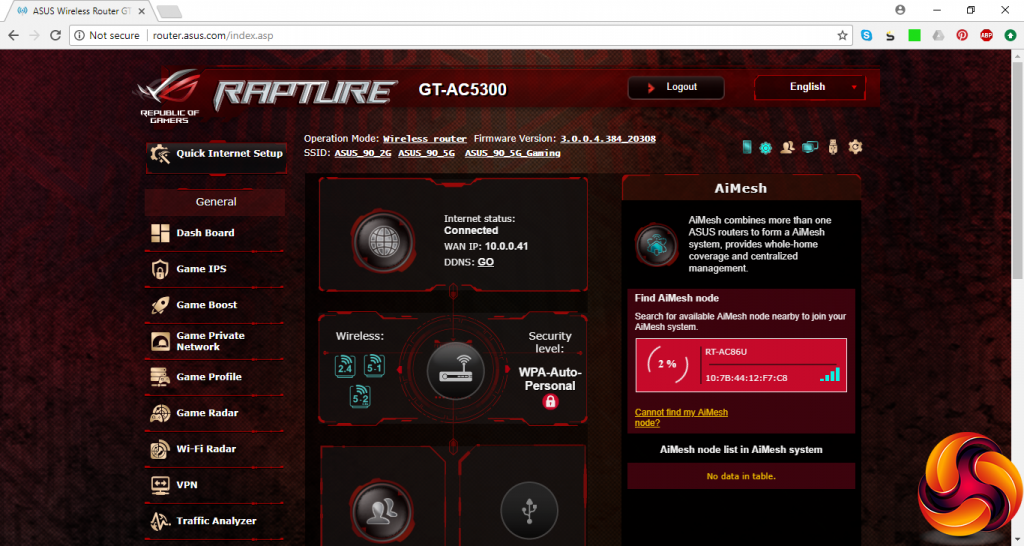 If you click on the node on the right, the process will begin whereby this router becomes integrated into the AiMesh. This takes a few minutes. 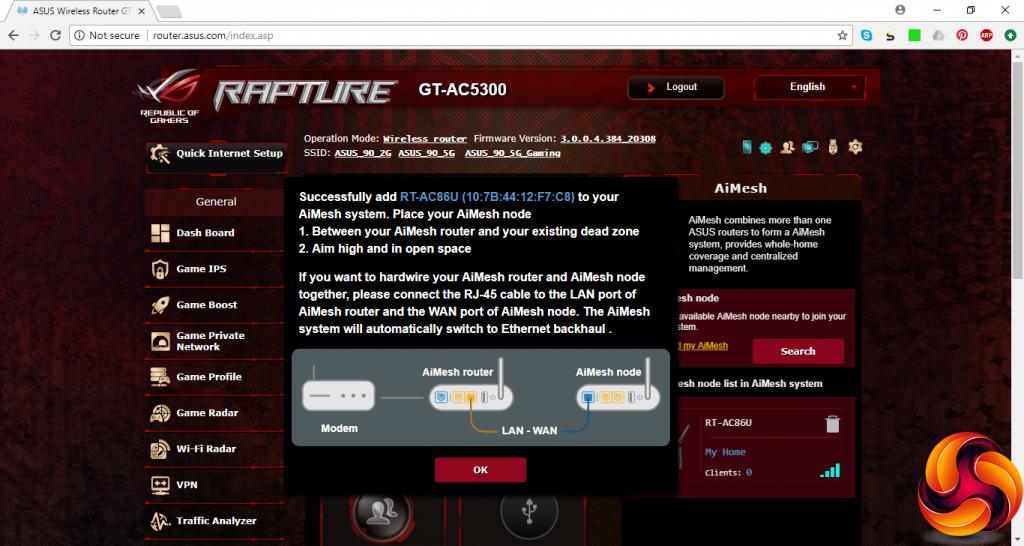 Once setup is complete, a message pops up prompting you to position your node optimally. As you can see from this screenshot, you can also use wired Ethernet as the backhaul, instead of WiFi, which is useful if you want to use AiMesh to make a quick corporate WiFi covering multiple floors in an office that already has Ethernet infrastructure wired in. 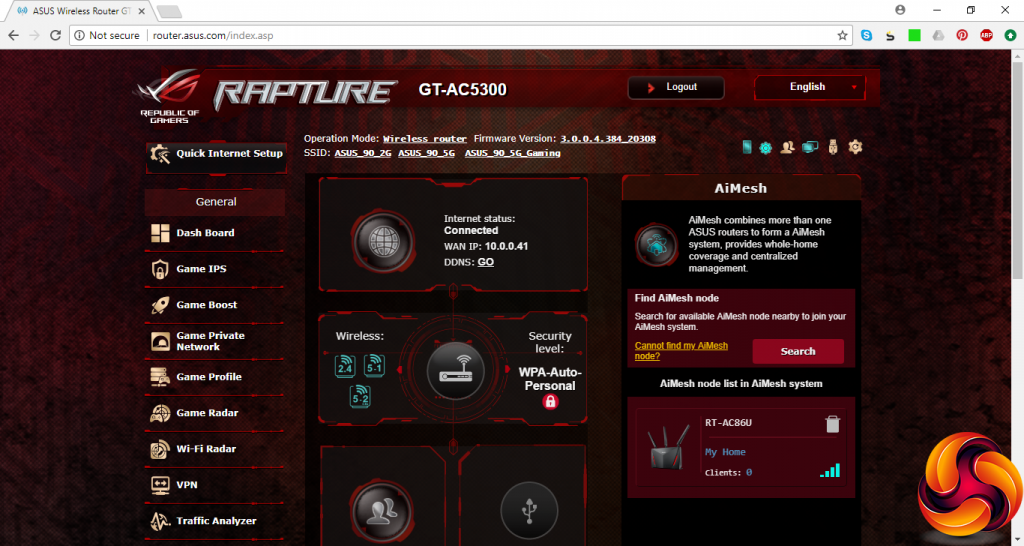 The AiMesh is ready to go! Next, we will test to see whether performance is actually an improvement over a standalone router.