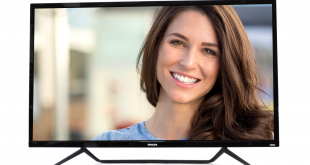 You might think that a huge 4K monitor is only for those with Russian-donated gold mines. Certainly if you’ve just got £100 to spend, Full HD and 24in will be your limit. But if your budget is more like £750, how about the 43in 4K Philips Momentum 436M6VBPAB?

Admittedly, £750 is still quite a wedge of dosh. But that’s also about how much a smaller premium gaming screen could cost, and quite a bit less than overclocked NVIDIA GeForce RTX 2080 graphics. So if size really does matter to you – and pixel count – the 436M6VBPAB might be the right side of your budget. 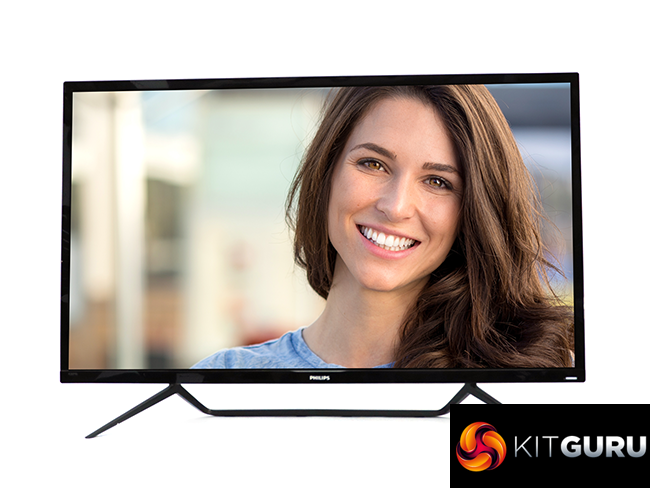 You will probably need a bigger desk, however. A 43in 16:9 screen is a monstrous thing, although Philips has done its best to keep the 436M6VBPAB as slim as possible, and whilst the bezel isn’t non-existent, it is pretty svelte. The stand is somewhat minimal as well.

The 4K resolution is the usual 3,840 x 2,160 UHD. The colour gamut claims are quite impressive, including 100 per cent of BT.709 and 97.6 percent of the digital cinema-oriented DCI-P3. The screen is DisplayHDR 1000 certified as well, which is the highest DisplayHDR certification, requiring 10-bit colour processing and 1,000cd/m2 brightness. In fact, this was the first DisplayHDR 1000 screen on the market when it was initially released.

So the 436M6VBPAB is capable of a peak 1,000cd/m2 brightness, and 4,000:1 contrast, thanks in large part to Philips’s use of MVA panel technology. However, this also means the pixel response is only 4ms. Although Adaptive Sync is supported, the top 4K refresh is 60Hz.

Despite the relatively slim and sleek appearance, there is a healthy range of inputs, including DisplayPort, mini DisplayPort, HDMI, and USB-C supporting DisplayPort Alternate mode, so it can carry USB and display data simultaneously. Taking advantage of this, the 436M6VBPAB also includes a two-port USB 3.0 hub. There’s analog audio input and a headphone output as well, plus built-in 7W stereo speakers. It also incorporates Philips’s Ambiglow technology for increased immersion.

There’s even a remote control included in the box. So you’re getting a hefty amount of screen goodness for your sub-£750 payment. If you’ve got this kind of money to spend on a huge panel, could the 436M6VBPAB be the screen you need to go large? Read on to find out.