The Philips Momentum  436M6VBPAB is a huge screen in a huge box, and you’ll probably need the help of a friend to get it upstairs. 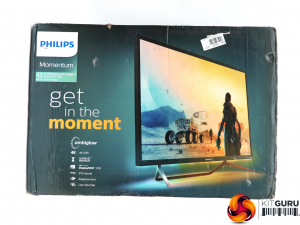 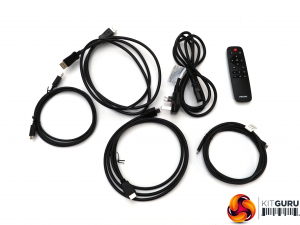 The box makes it pretty clear that this screen boasts Philips’s Ambiglow technology, which produces a lit aura beneath the screen that matches what’s inside the frame. In the box, you get HDMI and DisplayPort cables, plus wiring for Type A to Type C USB connections as well as Type C to Type C. The hub input uses a Type C upstream connection, so the cables mean you can still use it even if your computer only has Type A connections.

There’s also a power cable, of course, but much more interesting is the remote control, which uses the Philips RC6 infrared protocol. This provides volume and brightness control, but also the ability to change the input and operate the menu without having to reach around the rear for the joystick. 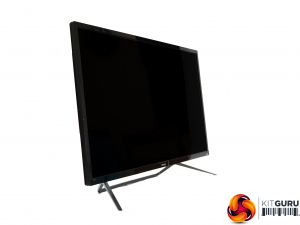 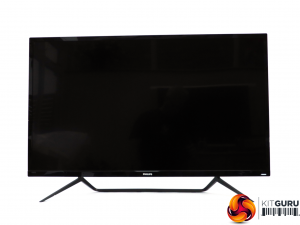 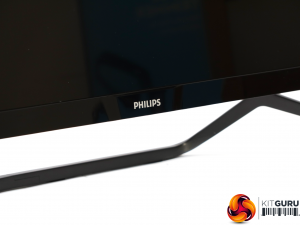 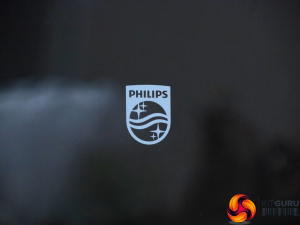 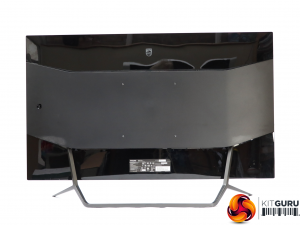 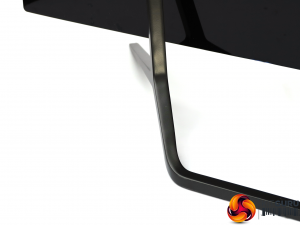 The 436M6VBPAB is an imposing bit of kit. It sits on a minimalist metal stand that comes pre-installed. Some of the plastic used is a bit shiny and will pick up dust and finger marks quite easily. The screen itself is also quite shiny. 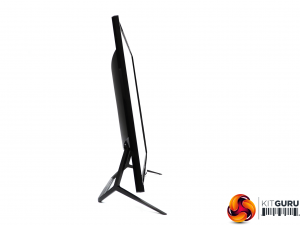 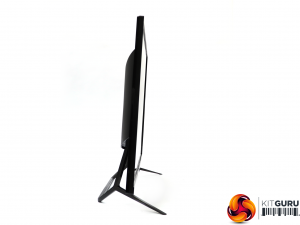 You don’t get much in the way of adjustment potential, as the stand is fixed. You can angle the screen forward by five degrees and back by ten. But there’s no rotation or ability to raise the height. 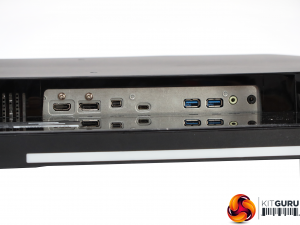 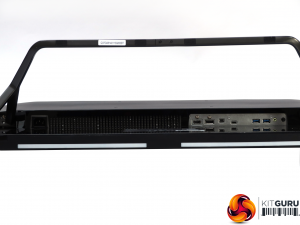 The standard kettle-lead power connection is on one end of the underside, with all the ports on the other. These include HDMI 2.0, followed by full-sized DisplayPort 1.2, then mini DisplayPort 1.2, and finally USB C. The latter supports both video input and upstream data, with the latter driving the two USB 3.0 ports further along.

Finally, there are minijacks for analog audio input and headphone output. The 436M6VBPAB has a pair of 7W speakers built in, which is quite a loud rating for integrated units. These are more generally just 2 or 3W. 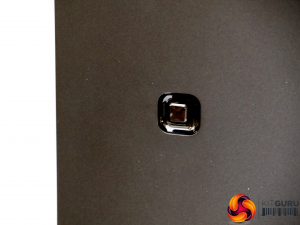 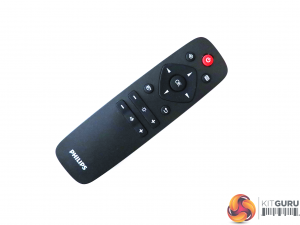 If you need to change the screen’s settings, there’s a joystick around the back on the right, with no other buttons. But we’d rather use the remote, which is much more convenient. This is an infrared remote, so you do have to point it at the right bit of the monitor for it to work (the bottom right-hand corner).