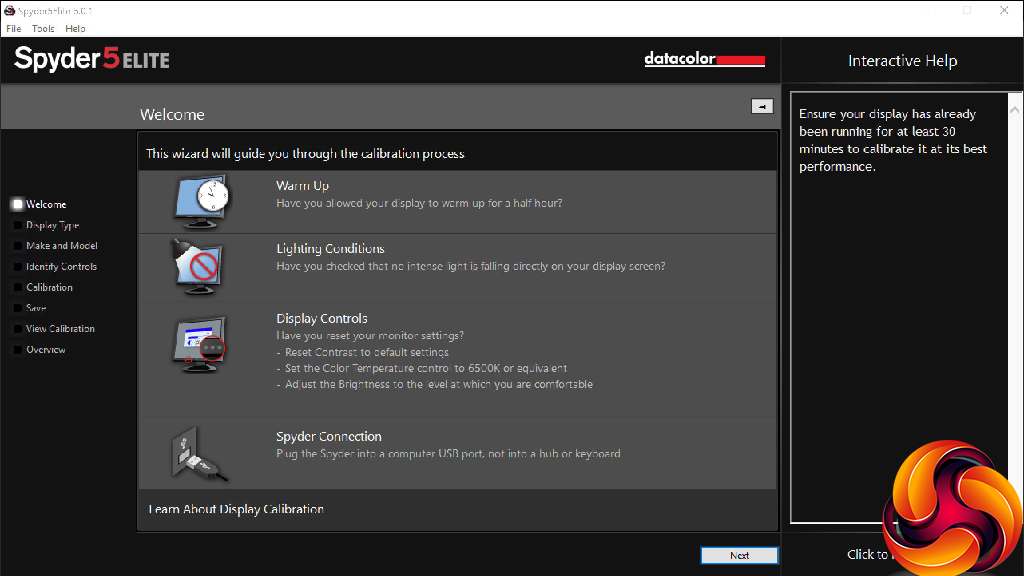 We performed the quality tests on the 436M6VBPAB at its native 3,840 x 2,160 resolution in the default mode using the DisplayPort connection. Our test system was equipped with an AMD Radeon Vega Frontier Edition graphics card. 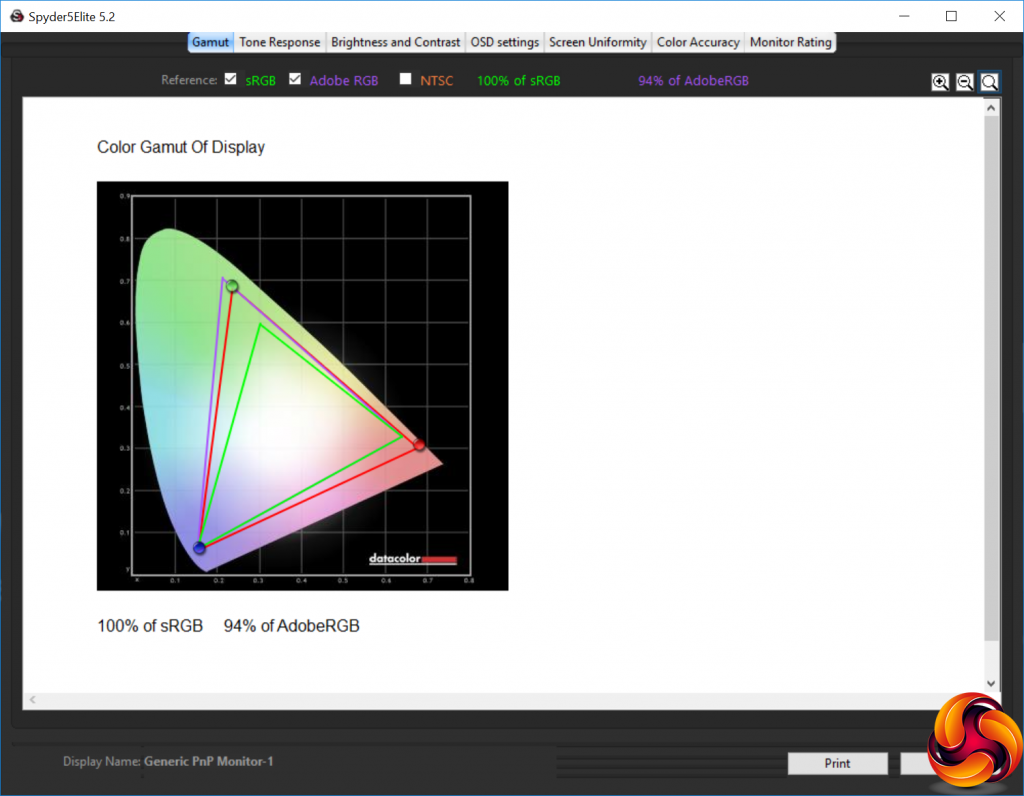 Philips makes bold claims about the 436M6VBPAB’s gamut, and in this respect the screen is close to professional-grade. You get 100 per cent sRGB, naturally, but also a very impressive 94 per cent AdobeRGB, showing just what a good range of colour this screen can display. 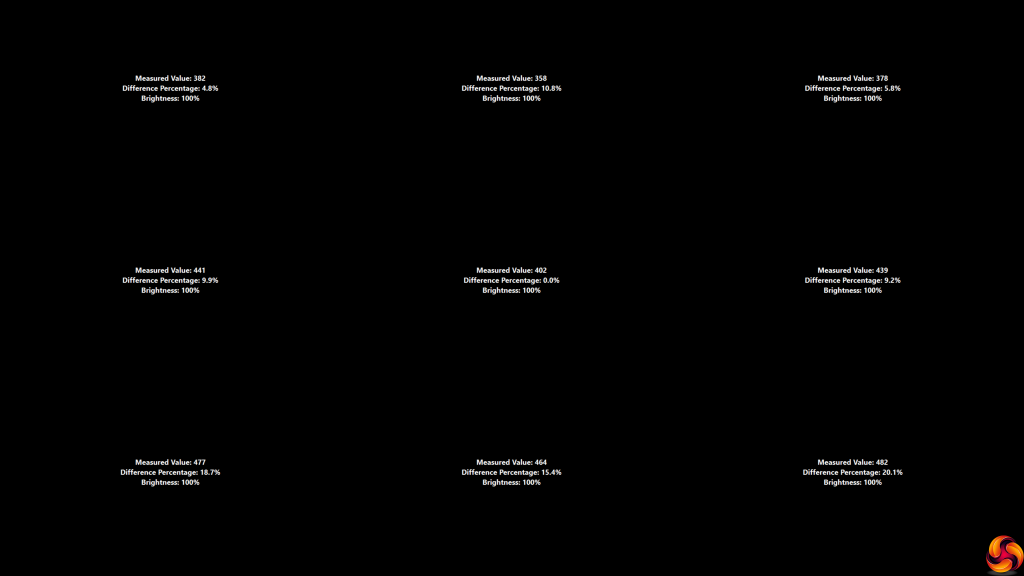 Brightness uniformity, however, is not so earth shattering, with quite a large variation along the bottom of the screen. 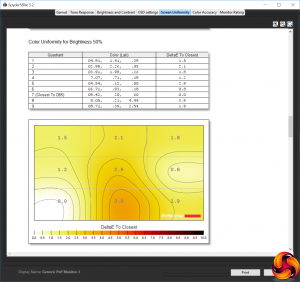 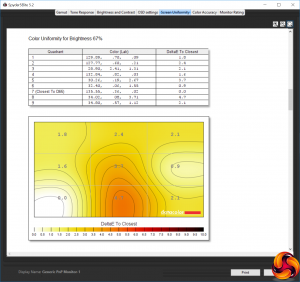 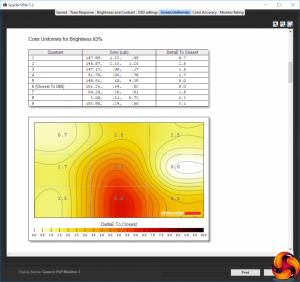 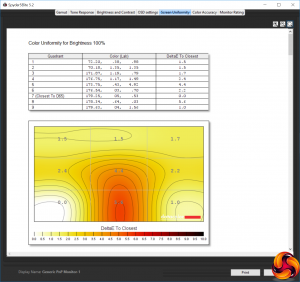 Colour uniformity is better, particularly as the brightness is reduced. This is a very bright monitor, and the chances are you will run it most of the time at a lower setting, unless you’re watching 4K movies from the couch. 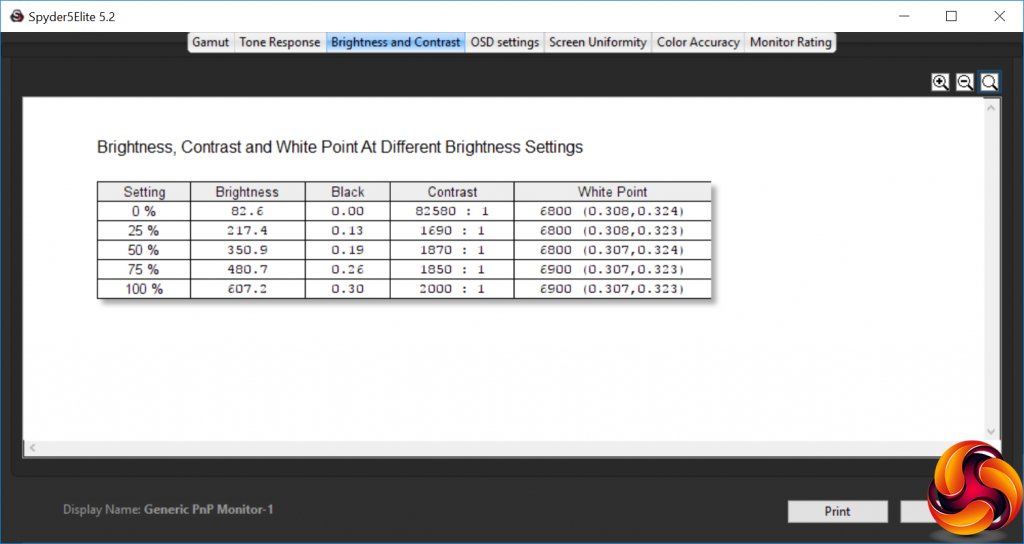 The screen doesn’t hit the much-vaunted 1,000cd/m2 brightness even at the 100 per cent setting, but we suspect that this is only available in one of the HDR modes. Nevertheless, 607.2cd/m2 is the highest brightness result we’ve seen during testing. Given that 0 per cent isn’t completely dark, providing 82.6cd/m2 of illumination, the brightness levels increase uniformly. The contrast is consistently high, hitting a healthy 2,000:1 at 100 percent brightness. It should be noted that the Spyder tends to under-report contrast quite significantly, and this is one of the highest contrast values we’ve seen as well. 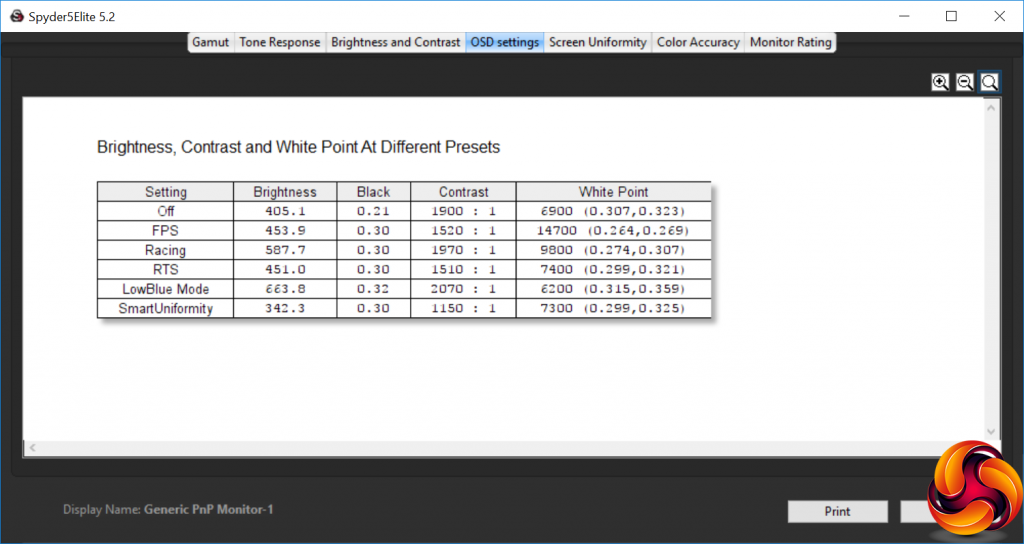 The LowBlue mode is the brightest preset at 663.8cd/m2 and highest contrast at 2,070:1, but also the warmest with a 6200K white point. SmartUniformity drops the brightness and contrast right down to 342.3cd/m2 and 1,150:1 respectively, but uses a relatively midrange 7300K white point. These are all more like other monitors, which would make sense considering that this is meant to be a setting providing accurate brightness levels. 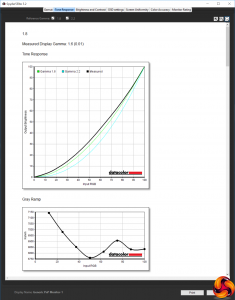 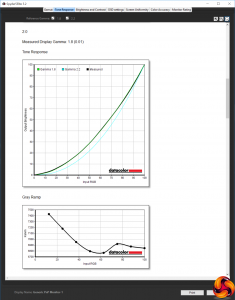 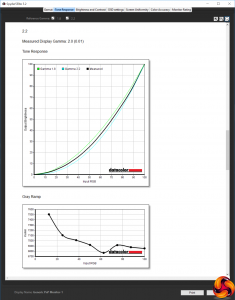 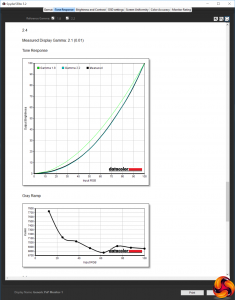 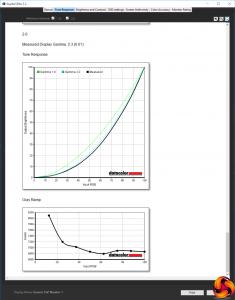 All the gamma settings are well below their nominal values, and not consistently so either. The 1.8, 2.0 and 2.2 settings are all 0.2 lower, whilst 2.4 and 2.6 are 0.3 lower. This isn’t the end of the world, and it’s good that you have a range of options on offer. But at least if they were all, say, 0.2 lower across the board, you’d just know to bear that in mind and use a mode one above the nominal value you were hoping for. 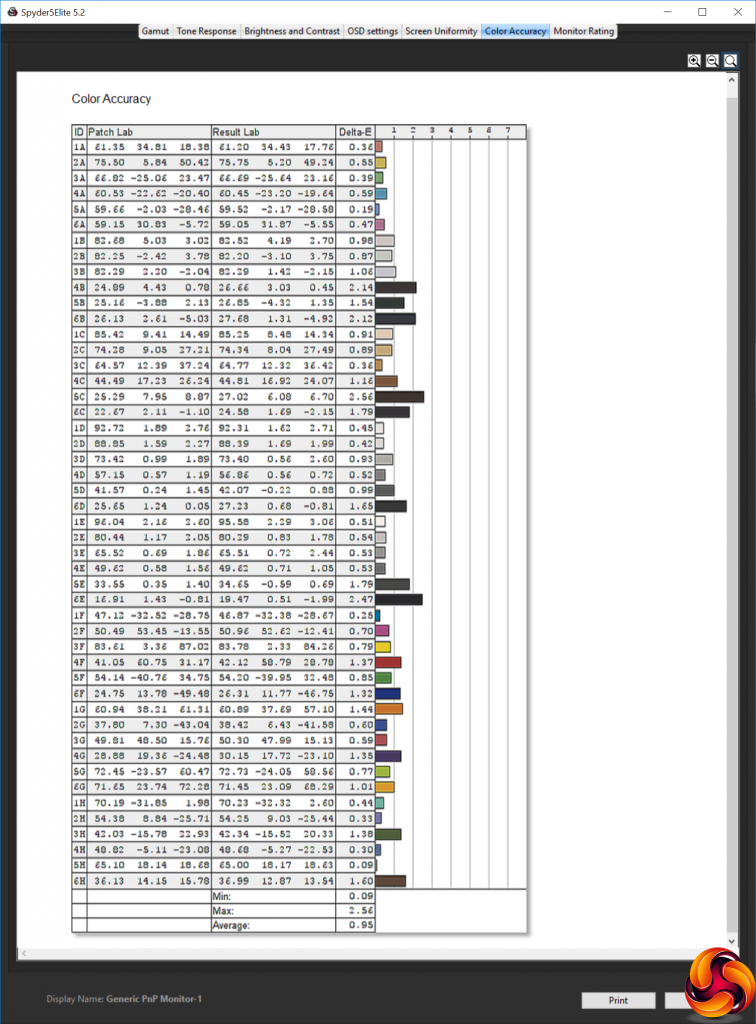 Out of the box, the 436M6VBPAB provides phenomenally accurate colour, with an average deviation of just 0.95 and no single colour more than 2.56 out. This is great news for movie buffs and professionals alike.

But of course we always think we can do better, so as usual we tried calibrating the screen with the Spyder. 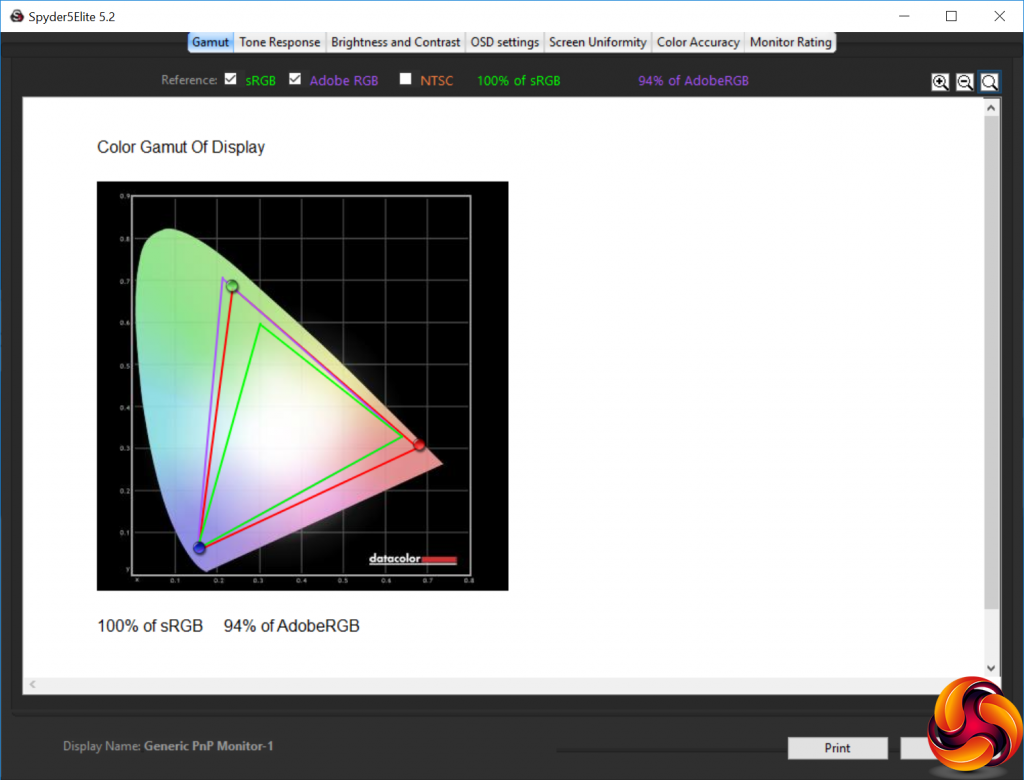 We’ve only ever seen the gamut change once after calibration, so it’s no surprise that this screen is just as good as before, with 100 per cent of sRGB and 94 per cent of AdobeRGB. 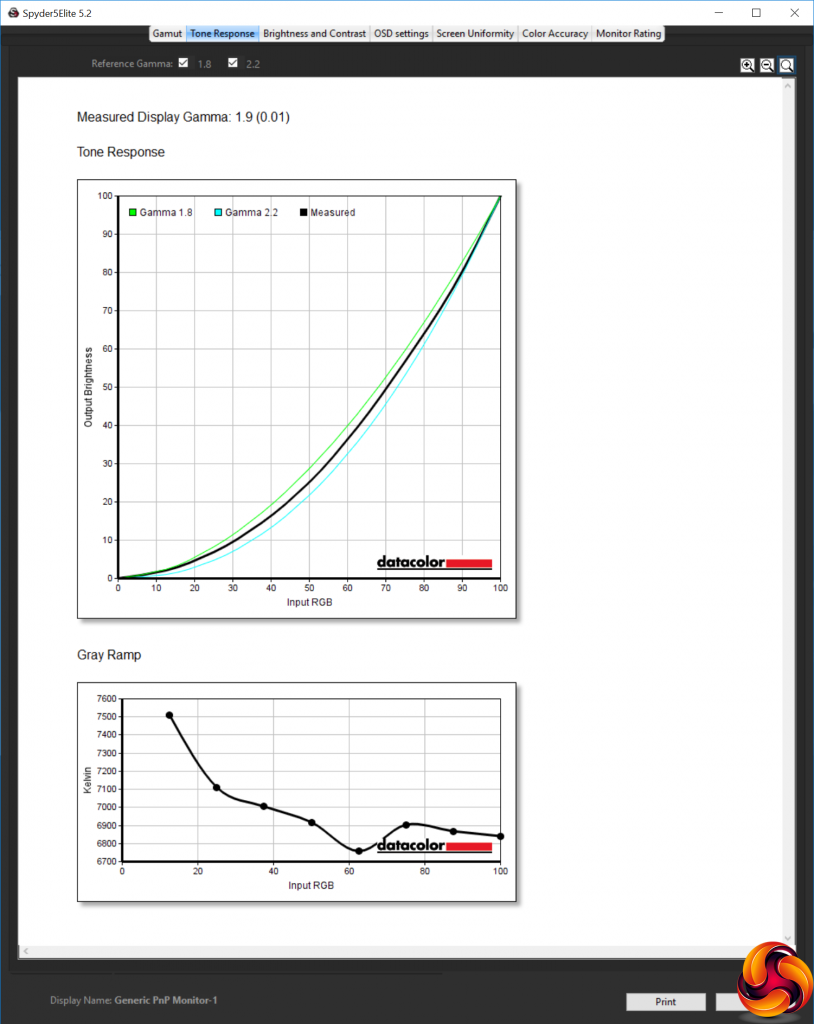 We only retested the 2.2 gamma setting, which was now showing up as an even lower 1.9. It’s worth noting that calibration involved turning the brightness down to 8 per cent, which still equates to 120cd/m2. 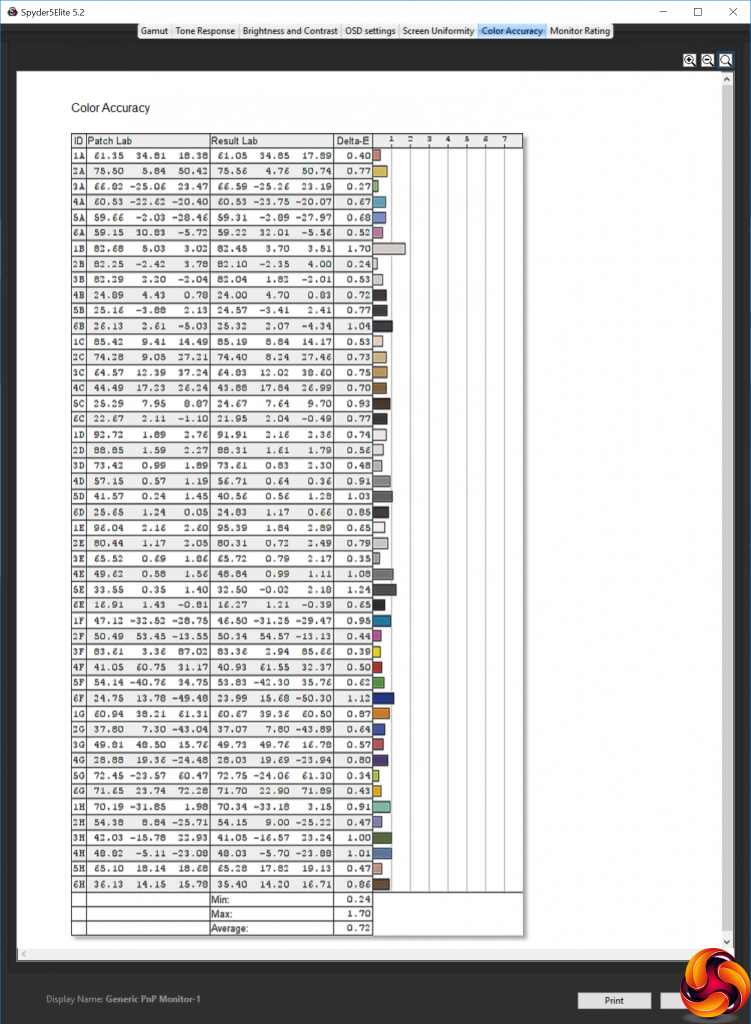 Colour accuracy is an even better 0.72 average variation. If you’re doing professional design work, this could be a great screen for ensuring things look exactly as they should.

We also tried some subjective activities with this screen including gaming, movies and design work. The 436M6VBPAB was brilliant for video editing, thanks to its huge size, 4K resolution and bright, accurate panel. It was merely mediocre for gaming. Turning SmartResponse to Fastest helped with ghosting a bit, but 4K is still not the best gaming resolution unless you have a multi-graphics setup or play older games. Even our AMD Radeon Vega Frontier Edition was only just coping with the number of pixels it had to deliver, although this screen does support FreeSync so will adapt its refresh to the frame rate being provided, preventing tearing. Watching 4K movies with the brightness up, though, was superb. Add in the DisplayHDR 1000 capability when supported by your movies and your experience will be excellent.