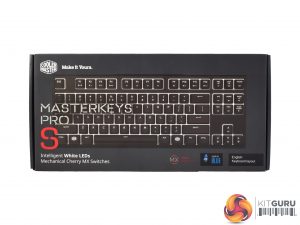 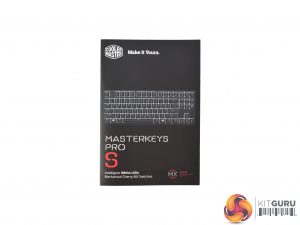 The Cooler Master MasterKeys Pro S White LED ships in a fairly standard black box. On the front you get a good look at the white backlighting thanks to a large product image.

Inside the box, there is a small manual which explains a number of the on-board shortcuts for adjusting the backlight and recording macros etc. This is something we look at in more depth on the next page. 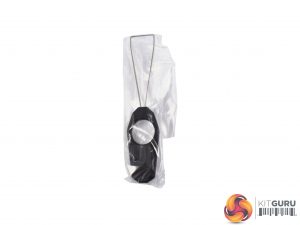 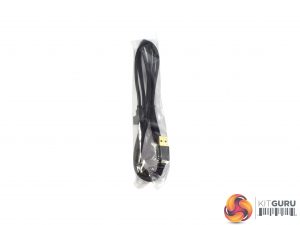 Cooler Master have also included a key-cap puller with the MasterKeys Pro S White, while the braided USB cable is fully detachable and measures 1.5m long. 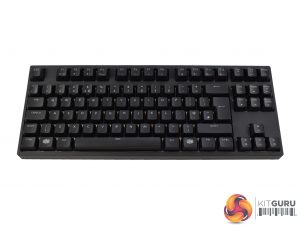 Here we get an overview of the MasterKeys Pro S White.

Obviously it is nice and compact thanks to its ten-keyless (TKL) design – it actually measures a mere 35.9cm wide. It is also utilises a simple, understated design, rather than being a typical ‘gaming-styled' keyboard. This adds versatility as it would work well in an office environment or on your desk at home. 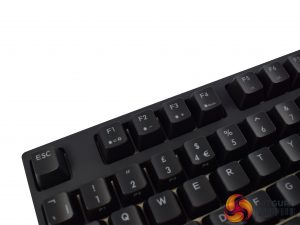 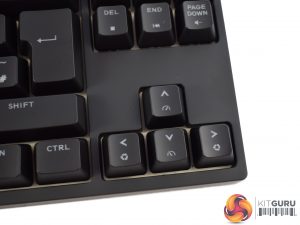 Because the Pro S White is so compact, the LED controls and macro settings have to share space with other keys. The LED brightness settings are positioned on the F1-F4 keys, while the arrow keys can change the speed of the lighting effect currently being used. 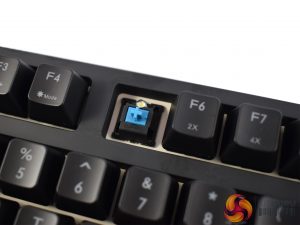 The white LED is positioned at the top of the switch, as is standard. The keyboard features a white baseplate, though, which should allow the light to spread out better than if the baseplate was black. 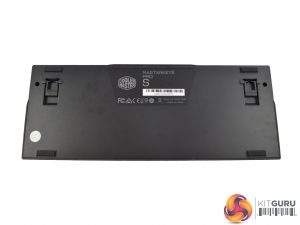 Lastly, the underside of the keyboard features four rubber anti-slip sections, while there are also two feet which allow you to raise the height of the keyboard.