Acer has been expanding on its Predator line of gaming monitors over the last year and this week, it announced a new addition in the form of the XB321HK, boasting a 3840×2160 IPS panel featuring Nvidia G-Sync technology.

With a 32-inch Ultra HD panel, the Predator has a pixel density of 138 ppi, which is very impressive for a desktop monitor, by comparison, a 27-inch 2560×1440 monitor has 108 pixels per inch so it is definitely a measurable improvement. 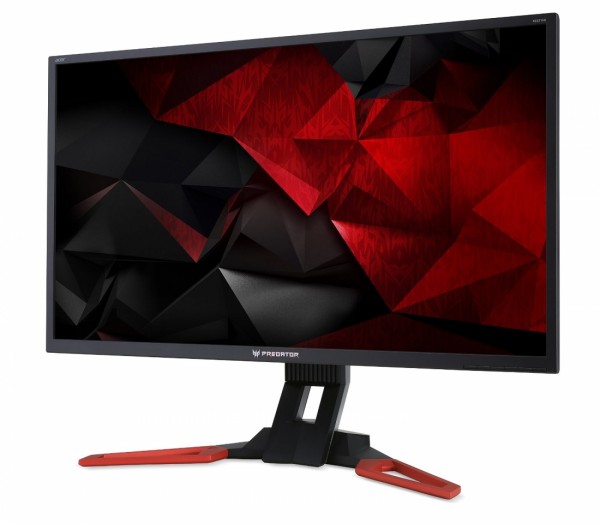 Given that this is an IPS panel, it has a 4MS response time, rather than the 1MS response time you will find on TN gaming panels. However, there are benefits to going with IPS, including better colours. Like most G-Sync UHD monitors, this panel also runs at 60Hz, so as long as you've got the rig for such a monstrous resolution, you will be able to achieve a smooth gaming experience.

Aside from that, you can find all of the typical features you would expect, including DisplayPort 1.2, HDMI, and a four-port USB 3.0 hub. This display won't be cheap, though, with it set to retail for $1299.99 similarly to the X34 ultra-wide 3440×1440 Predator monitor.

KitGuru Says: That is quite the impressive monitor on paper but it will be an expensive investment for many gamers. Are any of you planning on picking up a new monitor this year? Are you thinking of going with an Ultra-HD model?