We really were not expecting much from this Iiyama’s speakers. After all, we’re talking about 2W efforts on an extremely affordable monitor here, and we’ve seen some brands produce terrible results on far more expensive models (yes we’re looking at you, Acer Predator XB241H). However, the audio by the G-MASTER GB2530HSU is actually pretty decent – if you’re happy with your tunes and entertainment having as much bass as a piccolo, that is. 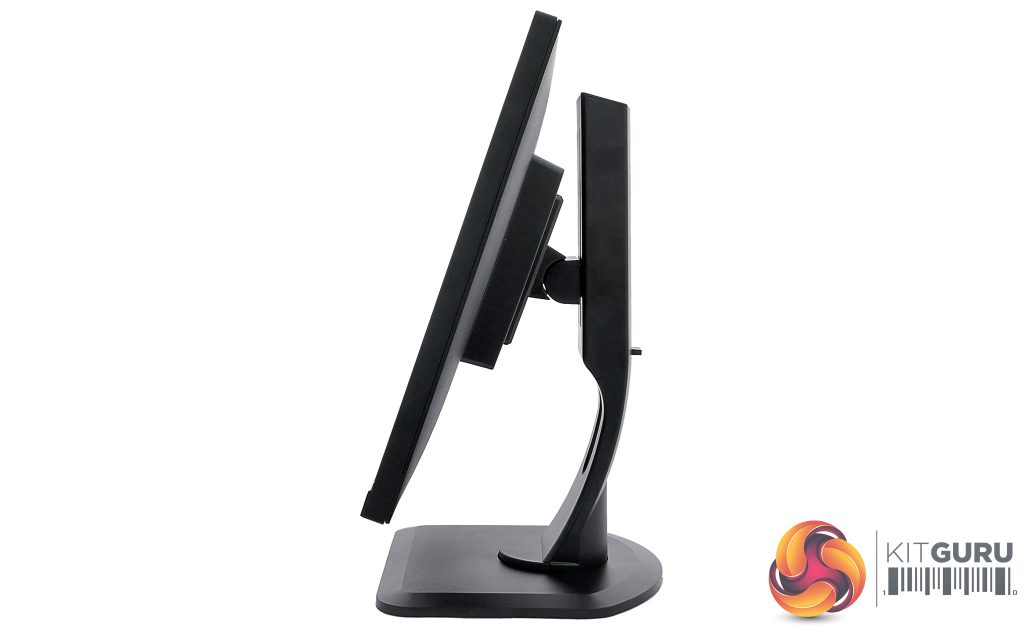 We measured 70dB at the monitor’s bezel, meaning that depending on your sitting position your ears will get around 65dB. There’s also very little distortion at high volume, and a decent amount of overall clarity. Were it not for the distinct lack of oomph we might even say these were acceptable for undemanding entertainment but, as is, only the occasional YouTube video need apply. 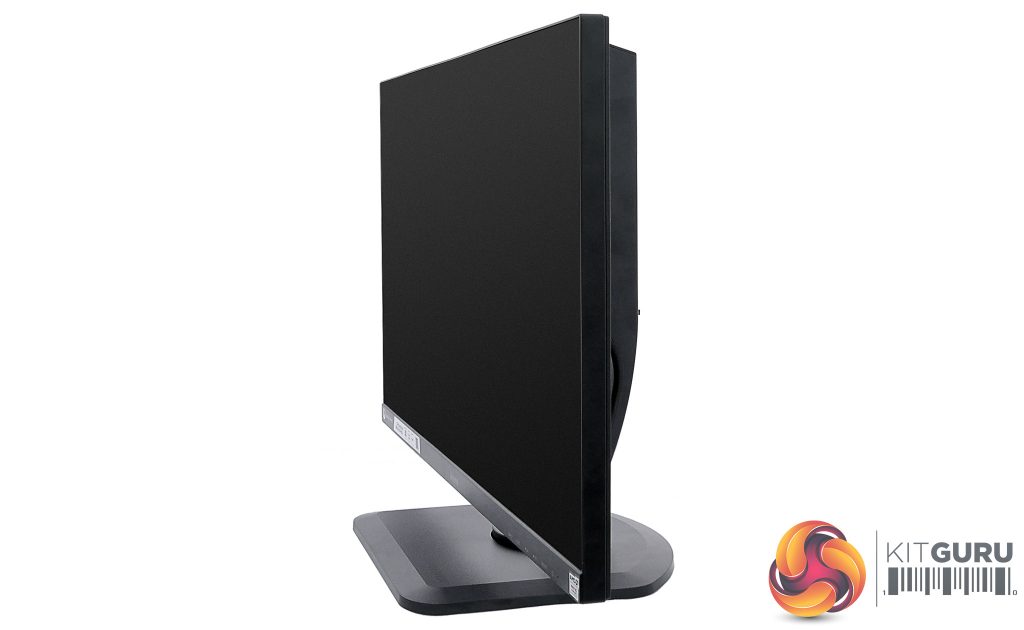 To start things off, we perform an overall, visual assessment of the monitor on our test bench. This includes judging general performance under a variety of scenarios, and checking for issues such as damaged pixels or backlight bleed.

For a more detailed and objective evaluation, we use an Xrite i1 Display Pro with DisplayCAL and CalMAN Colour Checker software to assess the panel’s contrast and colour performance, uniformity, and image quality. Please keep in mind that these results should only be used as a guideline: not only is every panel different to some extent, but a number of factors can affect measurements such as environment temperature, display warm-up time, and many others. 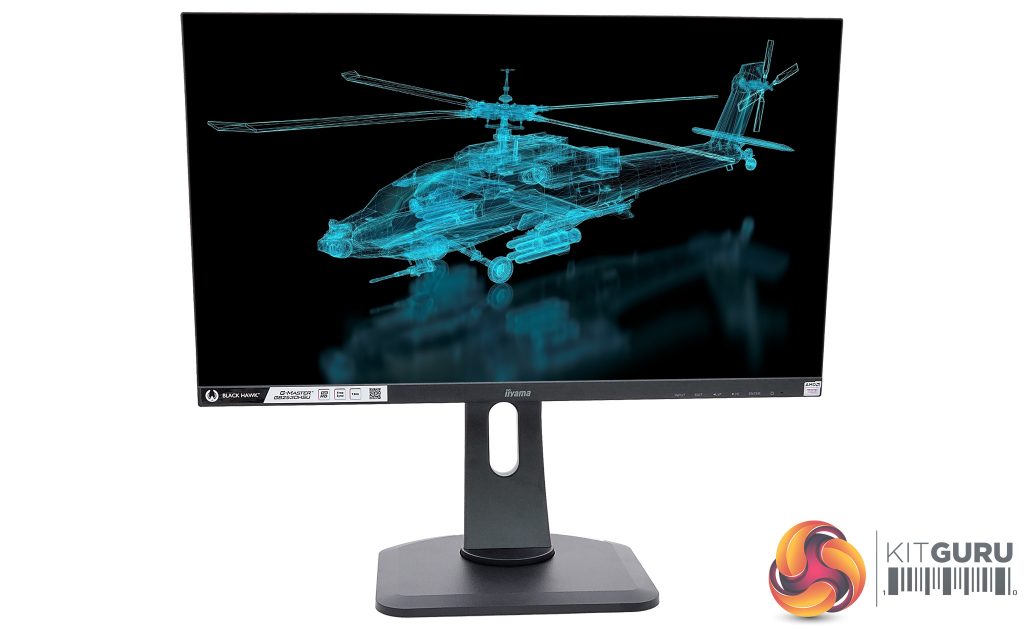 Initial performance from the G-MASTER GB2530HSU Black Hawk was about what you would expect from a budget TN panel. With brightness set to its 80 (225 nits) default, the whole picture looked severely washed out, with dull, pale colours and blacks that seemed more light grey than anything approaching inky.

In the positives column, uniformity appeared visually decent with no obvious backlight bleed, and the matt screen finish and non-reflective bezels meant there were minimal distracting reflections to detract from your gaming experience. And while vertical viewing angles also display the characteristic TN weakness with strong colour and contrast shift, horizontal viewing was on the good side of average for this panel type.

These findings were borne out in our measurements, with one of the worst contrast ratios we’ve ever seen; a horrific 200:1. Scrap that, this is not one of the worst contrast ratios but the worst, full stop, and this is purely due to a very poor black level of 0.593 at default settings (lower is better; most quality IPS or VA monitors give around 0.13 on average). And yes, we measured a few times with different software to ensure this wasn’t a fault with our setup or equipment.

Yet before we bemoan the irony of the Black Hawk moniker on a screen that can’t even do blacks, there is a way to resolve this. In fact, as already mentioned in the OSD section, there are some settings you can tweak to easily fix a lot of the out-of-the-box issues with the G-MASTER GB2530HSU Black Hawk. For black level and contrast, that’s the Black Tuner.

Setting this to -1 improves the situation already, while -2 still doesn’t result in noticeable black crush but really adds some punch to those blacks, bringing them up to the level of a half-way decent IPS panel. Indeed, in this mode we measured a far more impressive 864:1 thanks to a black level of 0.14 – still not class-leading but good enough for a super-affordable monitor.

Similarly, to liven up the faded, dull colours, just pop the Color Saturation slider up to around 7 or a little higher, and things will start to look a lot more vibrant while avoiding oversaturation. Now it’s true that with many monitors we would not necessarily recommend these kind of tweaks as they might negatively impact colour quality – but in the case of the GB2530HSU, these two simple tweaks significantly improve every single aspect or the monitor’s image quality. Including not just contrast and black level, but gamma, colour accuracy, and even gamut coverage!

For example, sRGB coverage went from 88.6 percent default to a much more acceptable 92.7 percent on these settings. They improved gamma from 1.92 to 2.1, which is closer to the 2.2 standard for SDR monitors. And Delta E 2000 values went from an average of 4.8 and maximum value of 6.9 out-of-the-box to a far better dE 3.5 average and mere 6 maximum, which are figures good enough for a bit of hobbyist photo editing (not that we would ever suggest doing so on a budget TN monitor if you have the choice). Incidentally, where Delta E is concerned, results below dE 3 tend to be indistinguishable to the untrained eye, while below 1 is as near to perfect as makes no difference.

It’s just a pity that no easy tweak could fix the G-MASTER GB2530HSU’s colour temperature, which remained too high at around 6950K, quite a bit up from the 6500K ‘daylight’ ideal. However, the biggest shame is that Iiyama didn’t apply better settings out of the box, as just a few different settings turn its GB2530HSU from a flop into a very competent performer for the price.