We’ve used some of the video and office apps results to highlight a NAS device’s performance.
HD Video Playback
This trace represents the playback of a 1.3GB HD  video file at 720p using Windows Media Player. The files are accessed sequentially with 256kB user level reads.
4x HD Playback
This trace is built from four copies of the Video Playback test with around 11% sequential accesses.
HD Video Record
Trace writes a 720p MPEG-2 video file to the NAS.  The single 1.6GB file is written sequentially using  256kB accesses.
HD Playback and Record
Tests the NAS with simultaneous reads and writes of  a 1GB HD Video file in the 720p format.
Content Creation
This trace simulates the creation of a video file using both video and photo editing software using a mix of file types and sizes. 90% of the operations are writes to the NAS with around 40% of these being sequential.
Office Productivity
A trace of typical workday operations. 2.8GB of data made up of 600 files of varying lengths is divided equally between read and writes. 80% of the accesses are sequential.
Photo Album
This simulates the opening and viewing of 169 photos (approx 1.2GB). It tests how the NAS deals with a multitude of small files. 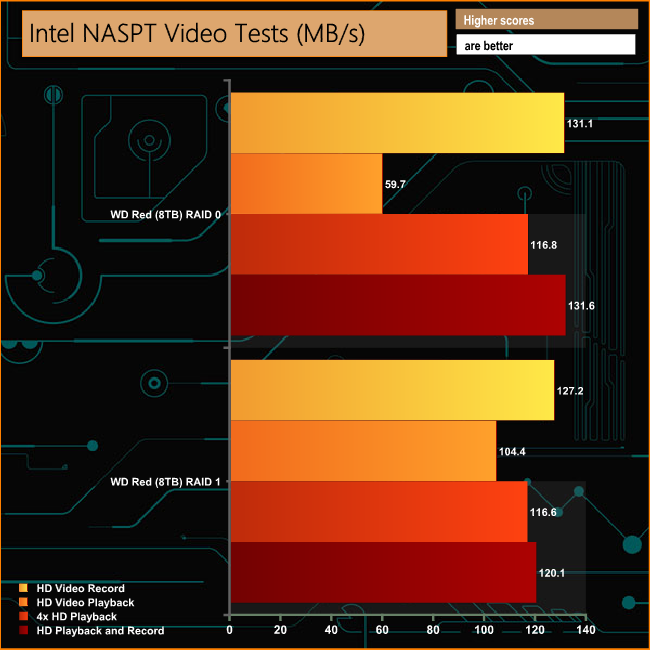 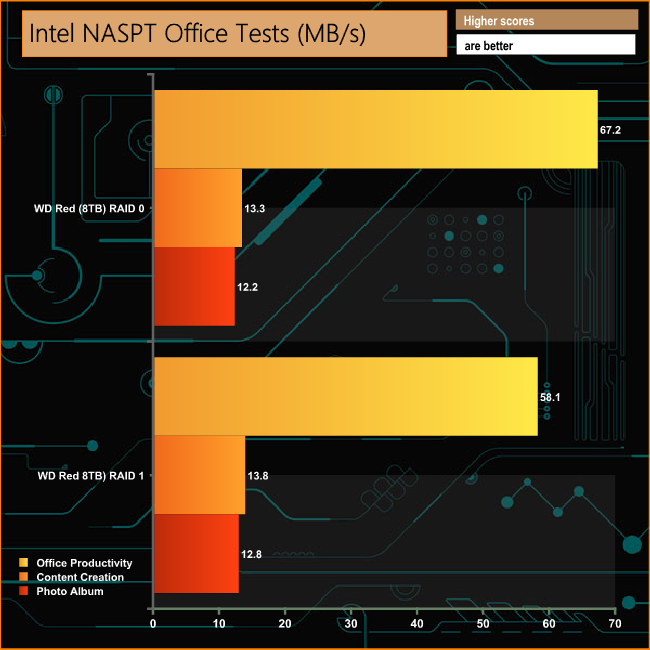 Once again the AS3102T shows a good degree of consistency between the two arrays when dealing with the multiple file types of the Content Creation tests and the opening of a multitude of small files in the Photo test.

Previous MSI Pro-Modding competition and GT73 VR at Gamescom 2016
Next SolarCity to be hit with layoffs, executive pay cuts after merger 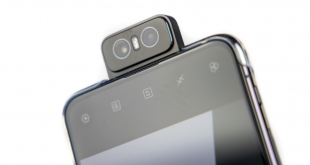 How good is the ZenFone 6 and its mechanically flipping camera?