We’ve used some of the video and office apps results to highlight a NAS device’s performance.: 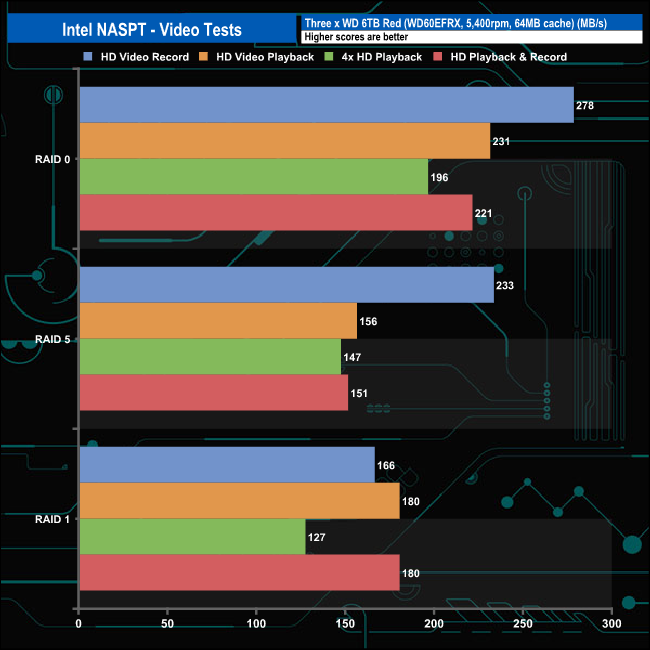 In the video tests of Intel’s NASPT benchmark, the TS-364 showed strong performance breaking the the100MB/s mark for all tests, with the fastest performance, 278MB/s, coming from the HD Video Record test trace while the drives were in a RAID 0 array. 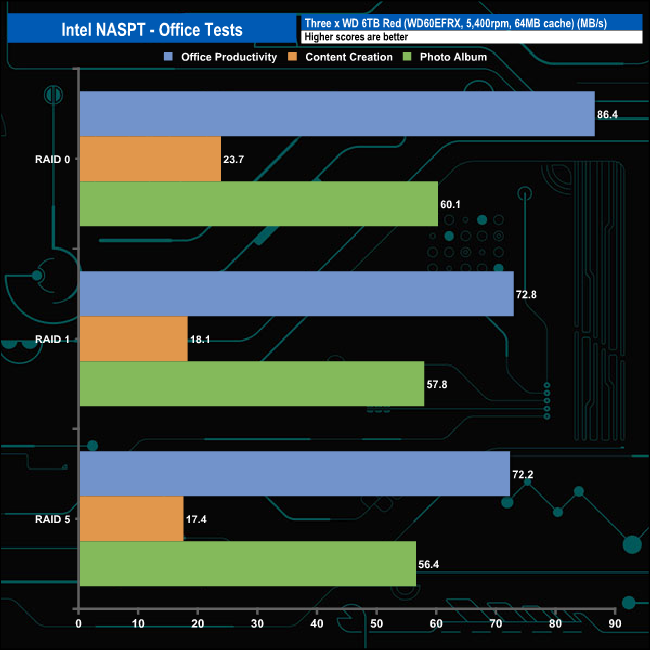 In the office tests, the NAS displayed strong performance with a pretty good level of consistency across the tested arrays. The best performance came in the Office Productivity test where it averaged 77.1MB/s for the three arrays. When dealing with the multitude of small files that make up the Photo Album test it averaged 58.1MB/s while in the Content Creation test it averaged 19.73MB/s.