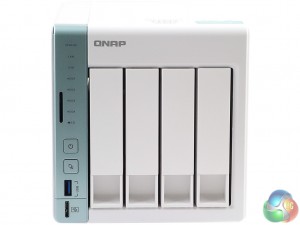 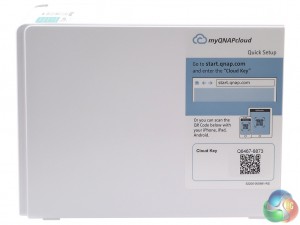 The TS-451A-4G is a stylish tower 4-bay NAS with a white plastic cover. The white finish is set off by a metallic blue-grey strip which holds a multitude of LEDs and ports. There are eight vertical stacked LEDs; status, LAN, USB, four indicating drive activity and one for the SD Card port. The SD card port sits next to the bottom three LEDs.

Under the LEDs are two buttons – the top one being the power button while the lower is the quick copy for the front USB3.0 port which resides directly below it. Under this port is the QuickAccess port which allows the NAS to be used via a USB cable if a wired network isn't available – very clever,  although the cable (USB 3.0 A-Male to Micro B-Male or USB2.0 Micro B) you need isn't bundled with the NAS, which is annoying. 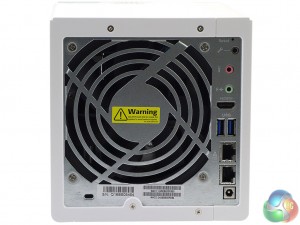 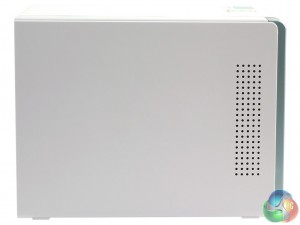 The rear of the unit is dominated by the grill for the large 120mm fan (Y.S. Tech FD121225LB 2-ball bearing, 1,800rpm). Ports are stacked to the right of the grill. The ports are: console, line out and microphone jacks, a single HDMI port, a pair each of USB3.0 and LAN ports and finally the power in port.

To the bottom right of the fan is a Kensington security slot. 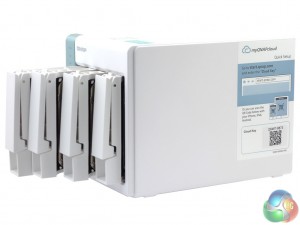 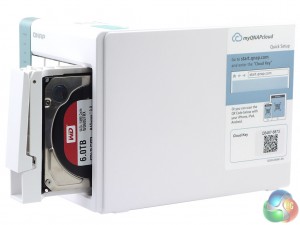 The drive doors form part of the drive trays and have a simple locking latch. There's no form of other physical security for the doors, something worth taking note of if the unit is out in the open in a busy office environment. 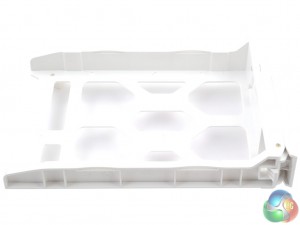 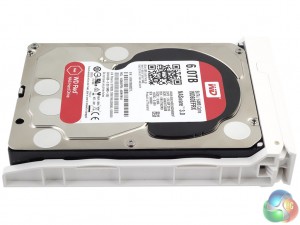 The four drive trays are vertically mounted and constructed from a good quality plastic so they don't flex as much compared to some of the flimsier plastic trays around. Unfortunately, they are not tool free so you need a screwdriver to fix the drives in position. The bays support both 3.5in and 2.5in (including SSDs) drives up to 10TB for 3.5in HDDs and 1TB for SSDs (at the time of writing).

Two of the four SATA ports are controlled by the N3060, while the remaining pair is looked after by an ASMedia ASM1062 IC located on the backplane that houses the SATA ports. 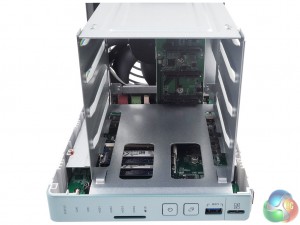 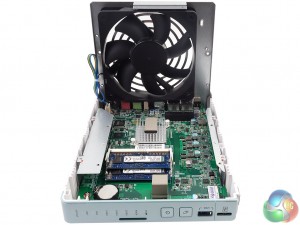 The TS-451A is available in two memory versions – 2GB and 4GB – but it does support up to 8GB of memory via two SODIMM slots. Accessing these slots for memory upgrades is a little more involved than it could be, but easy enough to achieve. First, you need to undo the four screws holding the cover to the back panel, then slide the whole side cover forward (there's a lock/unlock position moulded to the base of the unit).

Once the cover is off, the six screws holding the drive cage in place have to be removed. There are two screws on each side of the cage base and two on the top front. Once the cage is removed it is easy to get to the memory. 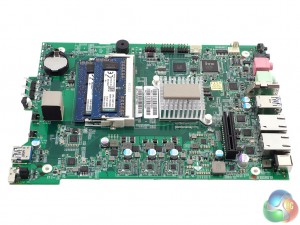 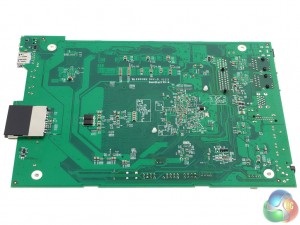 The top of the motherboard is dominated by the pair of SODIMM slots, as well as a passive cooler for the Intel N3060 processor which, with a TDP of just 6W, does not require direct active cooling. Our review sample came with a pair of Kingston CBD16D3LFS1KBG/2G 2GB DDR3L-1600 modules, giving a total of 4GB of system memory.

In total contrast, the rear of the motherboard is almost completely free of chips. 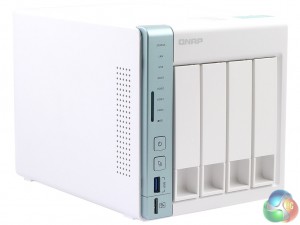