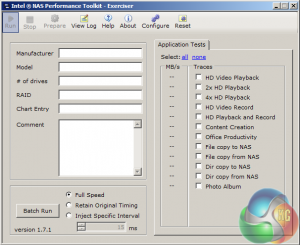 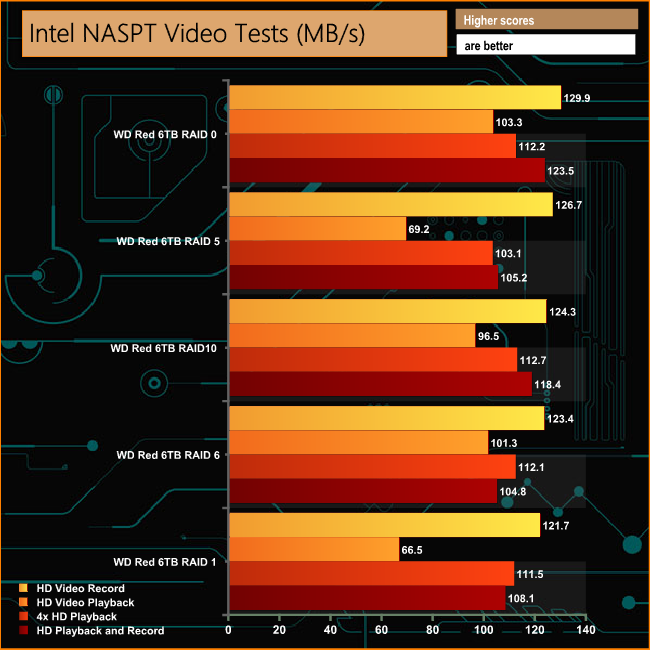 The TS-451A-4G has no problems dealing with the video tests of Intel's NASPT benchmark, producing scores well over 100MB/s for the HD Video Record test in all arrays. In RAID 1 and 5 arrays there is a sharp drop-off in performance in the HD Video Playback test. 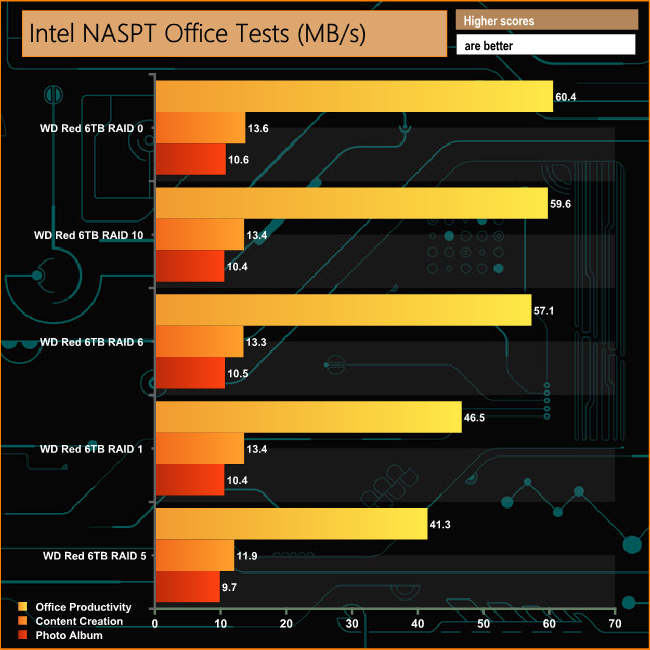 When it comes to dealing with the everyday file sizes of the Office Productivity test, once again the performance is weaker in RAID 1 and 5. That said, the RAID 1 performance does pick up for the Content Creation and Photo Album tests.