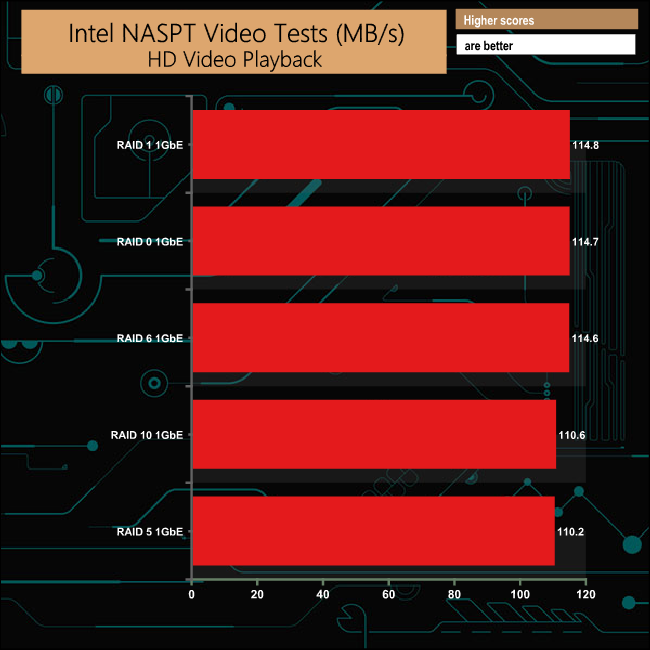 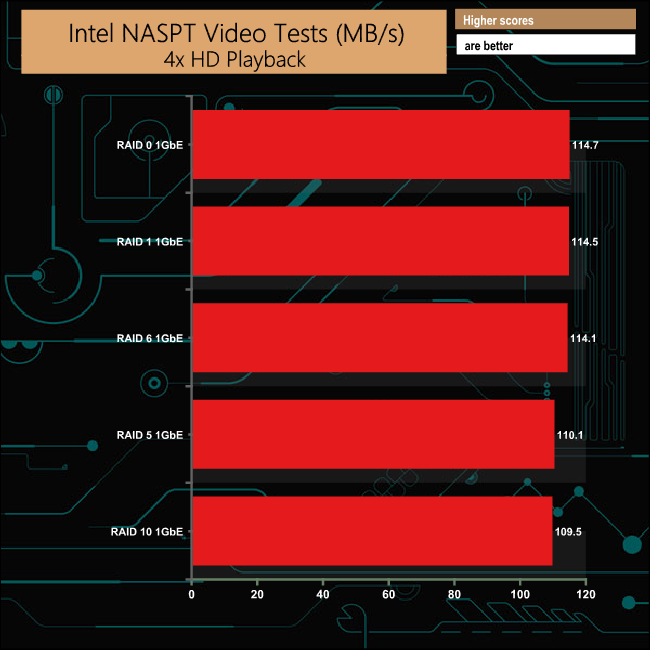 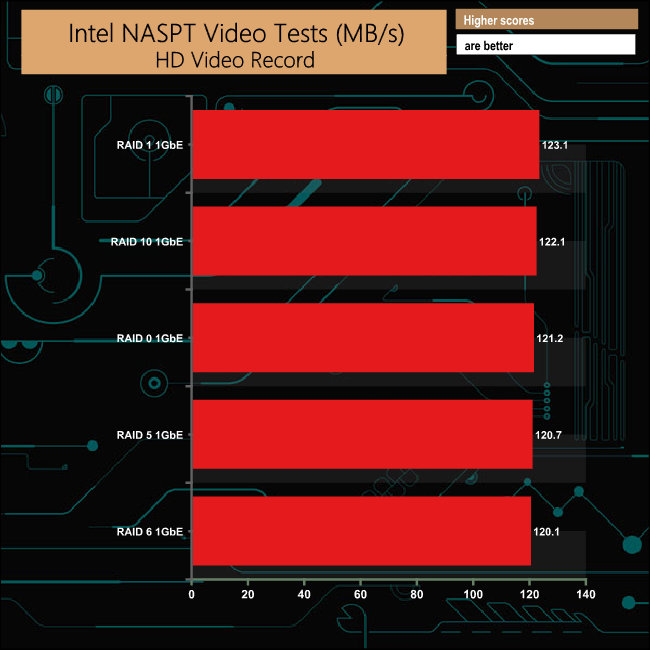 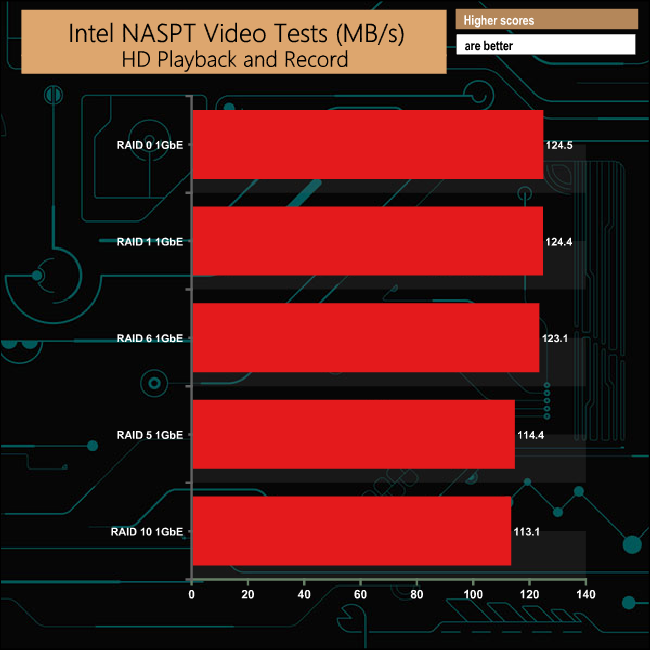 With a quad-core processor and 8GB of memory, the DS1019+ showed strong performance in the video tests of Intel’s NASPT benchmark, breaking the 100MB/s for all tests. 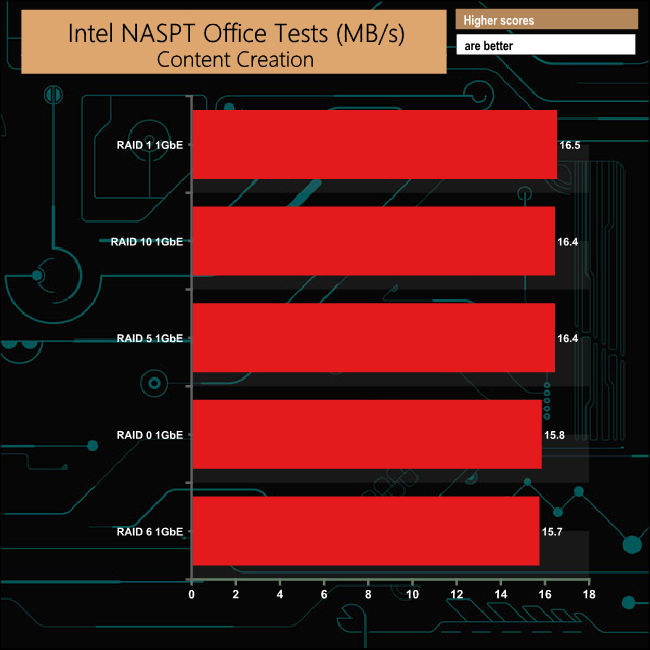 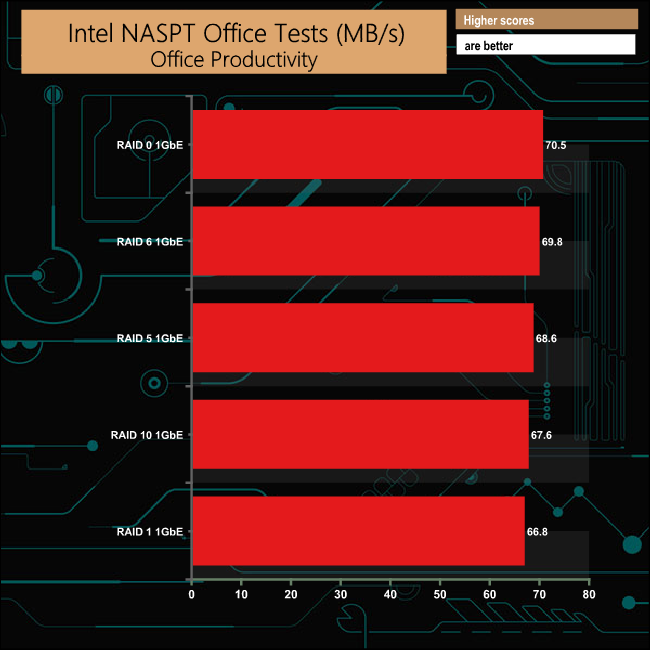 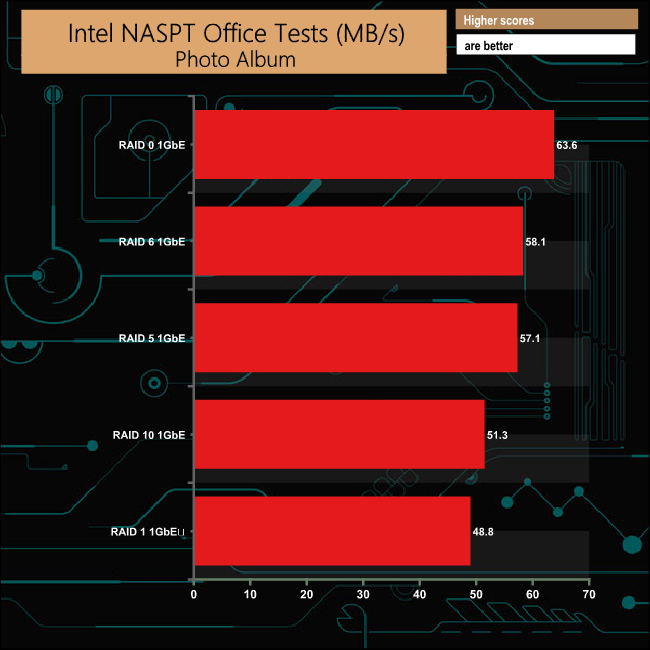 In the office tests, the DS1019+ displayed strong performance with a pretty good level of consistency across the arrays. It averaged 68.66MB/s for the Office Productivity test, 16.16MB/s for the Content Creation test and 55.78MB/s when dealing with the multitude of small files that make up the Photo Album test.