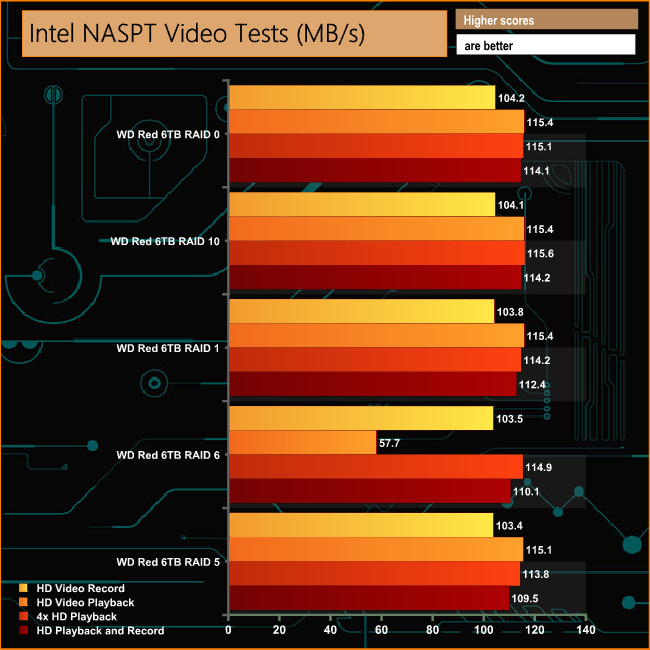 The DS1817+ sailed through the various Intel NASPT video tests without any problems with the notable execption of the HD Video Playback test in RAID 6, where the peformance dropped pretty dramatically. 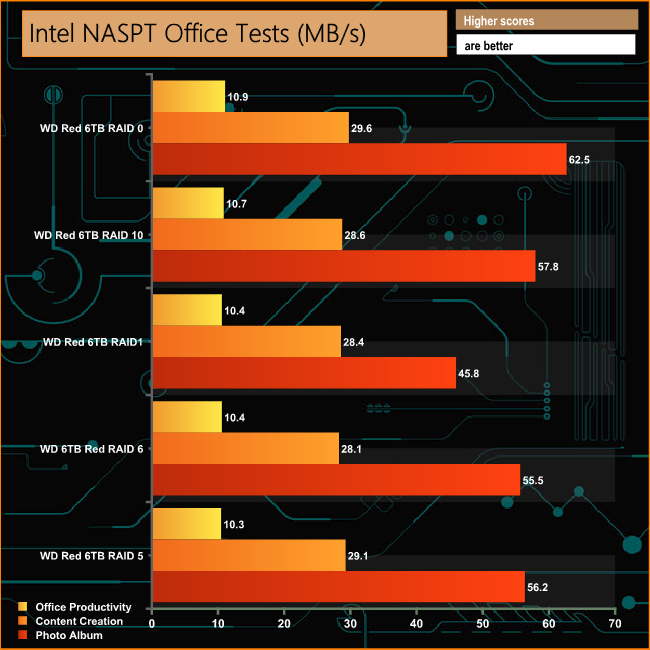 As with the video tests the DS1817+ has no real problems with the office based tests of Intel’s NASPT benchmark with the exception of the Photo Album test when in RAID 6 mode, although the fall off in performance is no where near as dramatic as the drop in the HD Video Playback test .

Previous New Monster Hunter: World trailer shown off at TGS, will get a worldwide release in January
Next Apple will kick off the iOS 11 rollout later today, here are some of the changes coming