I tested the headphones today with a variety of FLAC and WAV files either in 16 bit or 24 bit format, via the Astell and Kern AK380 over optical to the Chord DAVE.

I also hooked in a Mac Pro desktop system over USB into the Chord DAVE and it worked flawlessly. 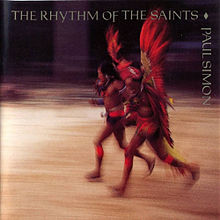 I was a big fan of the Paul Simon Graceland album, and I have heard it that many times that I decided to move onto his follow up album which didn’t seem to receive such critical acclaim. I actually ended up liking this album more and some of the arrangements are incredible. ‘You Can Call me Al’ – well yes Simon you can, but i would rather not hear that song again. Thanks.

I played ‘The Coast’ from this album and was very impressed by the overall neutrality of the GH2. In many ways it did sound quite similar to the GH1, which I still have in my collection.  The GH2 was able to seperate the multi layered recording to a very high level and my foot was tapping along as the track unfolded. The heavy percussive elements in the track were reproduced well by the headphones with a mid sized soundstage.

I particularly enjoyed the GH2 mid range with this track – the vocals came through unhindered by any design issues and the higher frequencies exhibited very little, if any siblance. Only a very slight hint of grain was noticeable, but other people listening to the track were unable to pick that up. 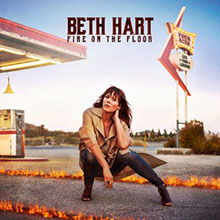 This is a great album that never really hit the mainstream and Beth Hart is a vocalist you will either love or hate. Her gritty style of delivery embodies passion and fire. The track ‘Woman You’ve Been Dreaming of’ is beautifully recorded with her vocal positioned up front beside you and crystal clear in the mix.

Beth has mastered the technique of getting her voice to break just at the right time. The GH2 were able to convey her fire and pain with the best of them I have reviewed in recent years. There was a slight edge to the vocal in the mid range via the GH2 which worked extremely well. I actually enjoyed this track more with the Grado GH2 than I did with the Sennheiser HD800, which is very high praise. I prefered the slightly smaller, warmer soundstage via the GH2.

The bass response from the GH2 also deserves some praise. The bass is not overpowering or muted, but tight, impactful and precise. I couldn’t always say that when listening to a Grado headphone – so I have to applaud the particular tuning the company have settled on from the factory. I am not a big believer in overblown bass, but it needs to be present with some weight to convey the drive. 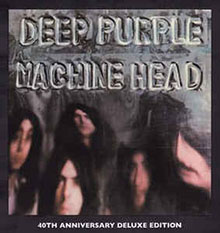 One of my favourite albums from eons ago. This is what I would consider prime Grado territory and the GH2 didn’t disappoint.

The track ‘Highway Star’ flowed very well with the rhythm force of Paice and Glover positioned perfectly in the mix. The bass in particular was very tight, and not bloated or soft in any way. There was also some faithful reproduction of sub bass frequency response although some of the other (more expensive) headphones I have in my possession can reproduce the lower frequencies better. The Abyss 1266 in particular rattled my tooth fillings extensively. That said, at a ‘mere’ £650, the GH2 do feel like quite a bargain. 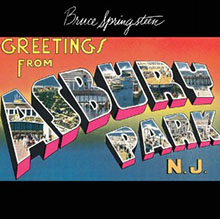 One of the handful of classic Bruce Springsteen albums I have in my collection. The Grado GH2 really did manage to convey Springsteen in all of his 1970’s glory. ‘Growin Up’ was reproduced in a very clean manner, with a very balanced mix – plenty of bass and lovely mid range, with detail aplenty. I noticed a little treble roll off, which worked well on this track as some of the more detailed headphones I have can tend to bring out every little naunce of detail which can make long term listening rather fatiguing.

‘The Angel’ was quite a surprise, with the intimate sound staging of the GH2 ensuring that Springsteen was positioned very close to the plano – and my head.

This is a pretty old recording by today’s standards, but I like to include some information on the reproduction of older tracks as many people still listen to rock albums from the 1960’s and 1970’s. Many of these older albums are analogue recordings with audio output from valve amplifiers and microphones.

I actually preferred the overall sound stage from the Grado GH2 with this track than with the more revealing Sennheiser HD800. The soundstage from the Sennheiser headphone was just too wide to my ears.