Our case testing involves comparing the acoustic performance of the case in several configurations with an all-in-one liquid CPU cooler installed.

These tests will include measuring sound levels with our sound meter from approximately 300mm from the front of the case, at idle and under 100% CPU and GPU load.

CPU and case fan profiles will be set to their standard operating profile in the Asus ROG Crosshair VII Hero motherboard BIOS and GPU fans set to their default fan curve. The CPU cooler used in acoustic testing will be a Deepcool Castle 240EX 240mm AIO. The only case fan is the pre-installed 120mm stock fan at the rear.

As with every case we review, thermal performance is important, therefore, we shall measure this by running another series of tests to record CPU and GPU temperatures both at idle and under load.

To fully stress test the system, we will run AIDA64 for 15 minutes stressing CPU, FPU, Cache and GPU with the case in various configurations. With this data, we can compare how each scenario affects thermal performance.

We will compare the system’s thermal capabilities with a liquid-cooled solution for the CPU, using a Deepcool Castle 240EX 240mm AIO.

During thermal testing, only stock case fans will be used unless otherwise specified. All fans and pumps (where applicable) will be set to their standard fan curve profile as controlled by the motherboard.

All temperature measurements are presented as Deltas – the ambient temperature has been deducted from the CPU/GPU temperature giving us a Delta. 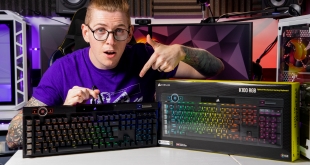