First test – the Predator 280 is cooling just the CPU 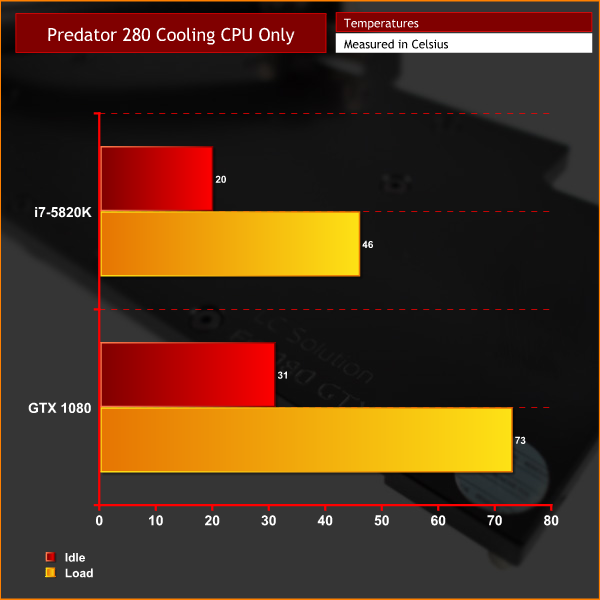 A peak temperature of 46 degrees is a great result for this i7-5820K – which goes to show the Predator 280 is excellent if you want to use it as a ‘stand-alone’ AIO cooler.

The GTX 1080 peaked at 73 degrees using its air cooler – hopefully this should be significantly reduced when we watercool it. 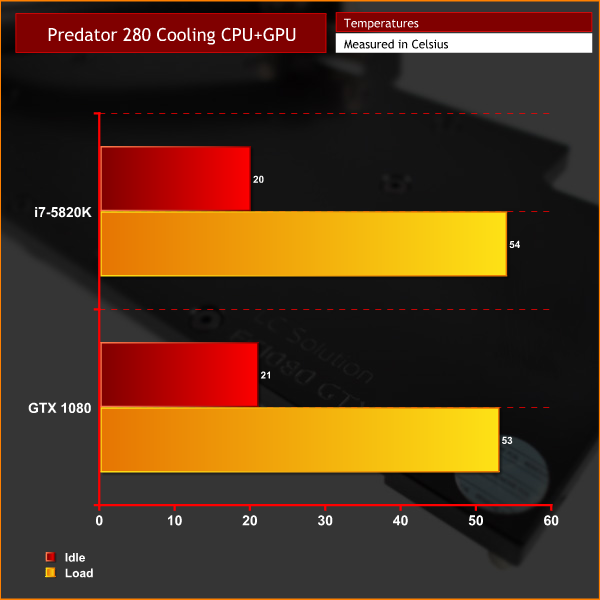 As you can see, the GPU’s temperature dropped by exactly 20 degrees when being cooled by the Predator 280. This is very impressive and should allow further overclocking of the graphics card, resulting in better frame rates.

However, as the 280mm radiator now has to contend with cooling another component, the CPU’s temperature rose to 54 degrees – an increase of 8 degrees over the baseline figure from above.

Before showing you the results of my (unplanned) third test, I will briefly explain why I decided to do another run with the Predator 280.

Essentially, during my testing, I noticed that the Vardar fans on the Predator 280 were spinning quite slowly when controlled via the PWM header on my motherboard – at around 400-450rpm. While this meant the AIO was essentially silent, I thought it may be adversely affecting thermals. So I decided to run one more test with the fans set to 100% – meaning they spin around 1600rpm. 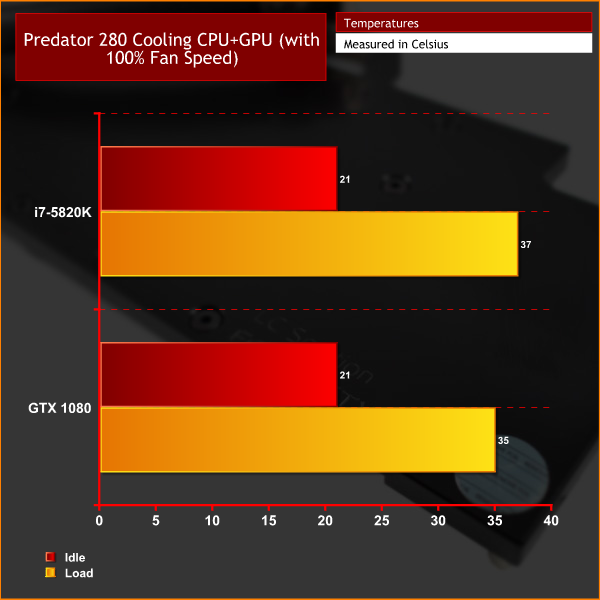 As you can see, increasing the fan speed saw a marked drop in temperatures. A peak temperature reading of 35 degrees for the graphics card is hugely impressive. Granted, neither the CPU or GPU were overclocked for testing today, but the temperatures are still very low.

Noise levels are noticeably worse with the fans running at 100% though – but even then, it is not too bad. A headset would block out the noise, as would some speakers turned to a reasonable volume, for example. When the Predator 280’s fans were controlled by the motherboard, however, I could not hear them above the background noise though – so there is space for users to find the right balance between noise and thermals as it suits them.