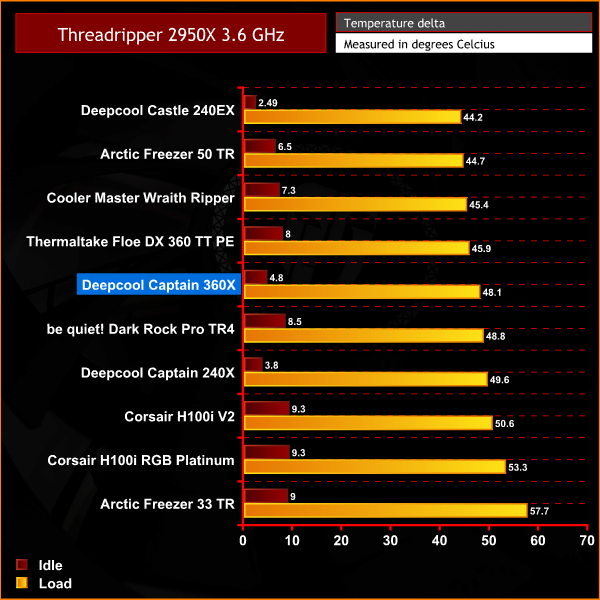 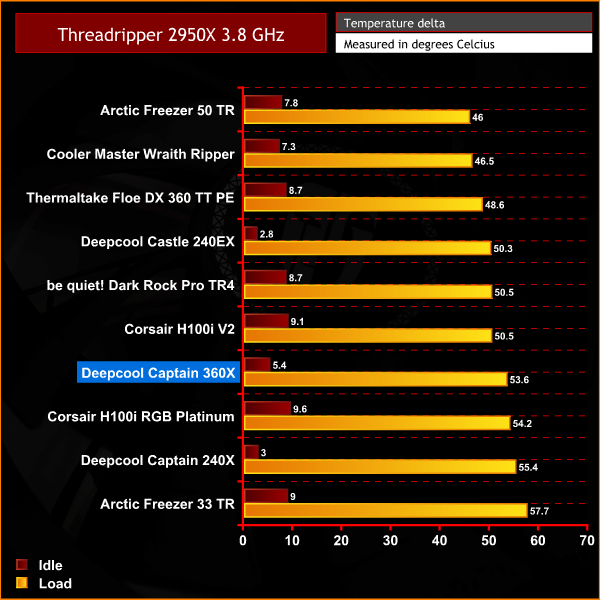 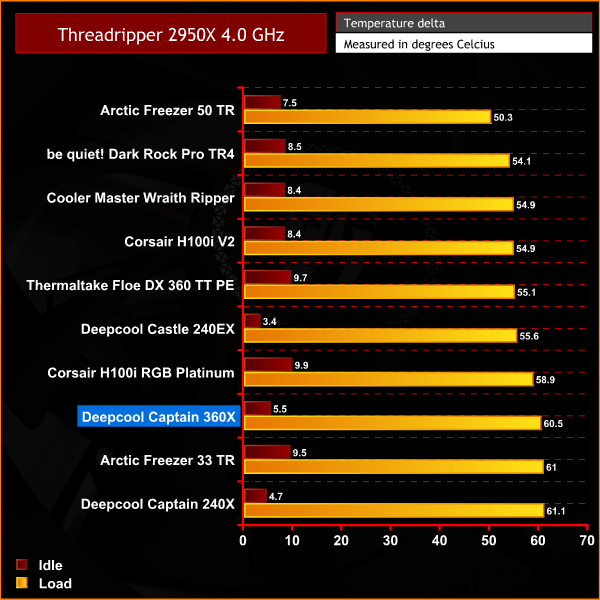 In our initial AIDA64 stress test with the AMD Threadripper 2950X CPU set at an all-core frequency of 3.6 GHz, the Deepcool Captain 360X did an adequate job of keeping the operating temperature under control and outperformed its sibling, the Captain 240X as expected.  However, as CPU core frequency increased in further tests, the Captain 360X slipped down our charts and was beaten by its smaller rival from the same manufacturer, the Deepcool Castle 240EX, which is a surprise.