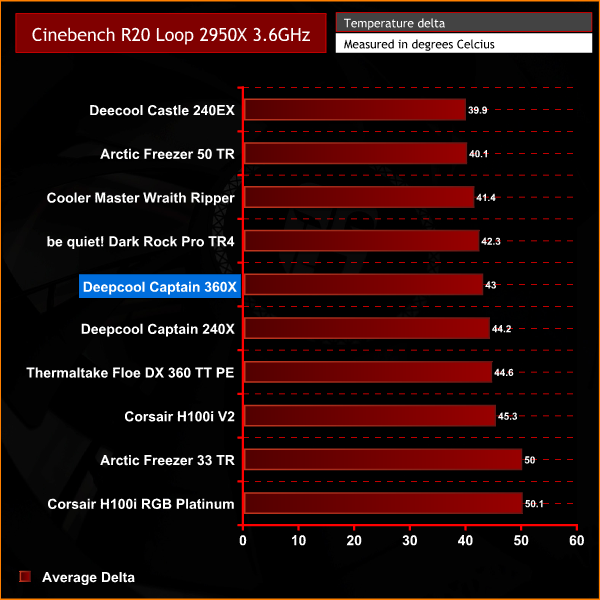 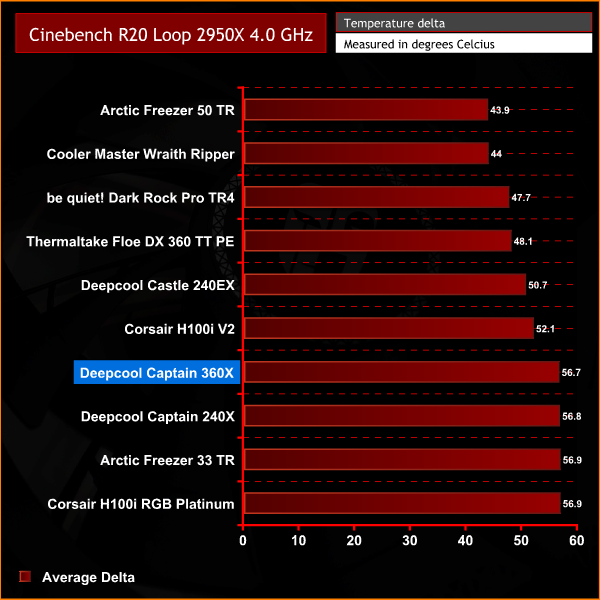 During our Cinebench tests, Captain 360X came out with pretty much the same results as in other tests. It managed to continue outperforming its smaller sibling, the Captain 240X but was well beaten by the closest 360mm rival and the Castle 240EX. 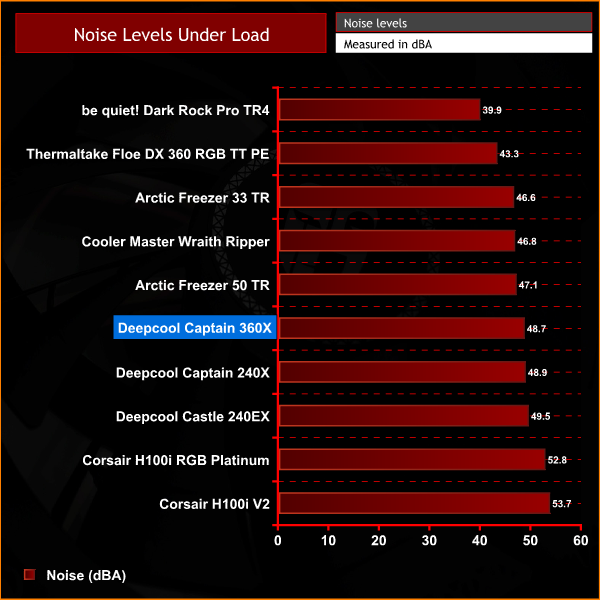 There are no big surprises in our acoustics testing – the Captain 360X produces around the same noise levels as the other Deepcool coolers that use the same TF 120 S fans in our chart. The Captain 360X is on the high side when it comes to noise output, however, it’s not overly distracting.