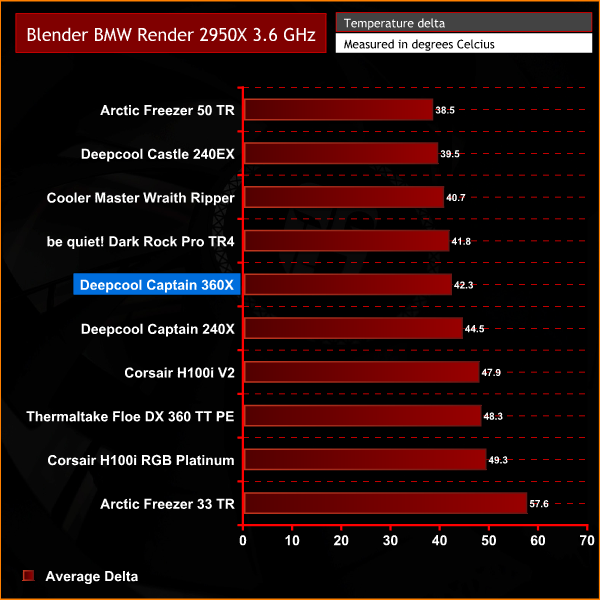 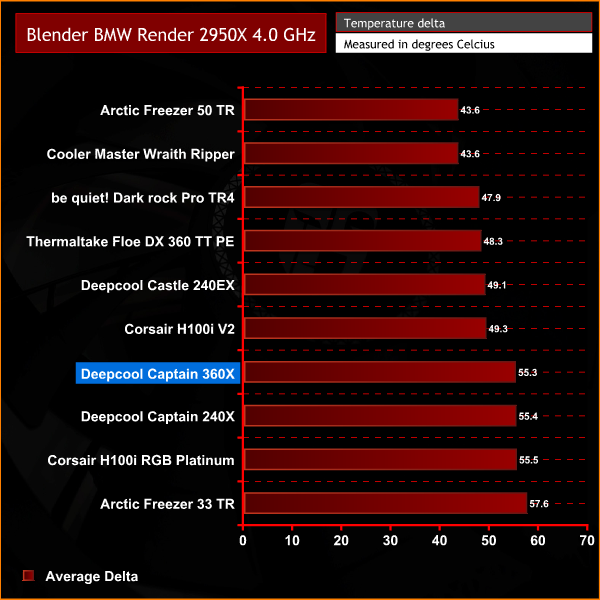 During Blender BMW render tests, the thermal dissipation performance of the Deepcool Captain 360X followed a similar pattern to results recorded in the AIDA64 stress test. It was a little disappointing to see the Captain 360X so far behind its closest 360mm rival, the Thermaltake Floe DX 360 TT PE in the 4.0GHz test.