According to Nvidia, the Grace CPU is the result of 10,000 engineering years of work. Built for tasks such as natural language processing, recommender systems, and AI supercomputing, Nvidia's latest CPU has the compute performance and memory speed to do it efficiently while also keeping power consumption to a minimum.

Jensen Huang, founder and CEO of NVIDIA, said that taking the GPU and DPU into account, the Grace CPU counts as “the third foundational technology for computing.” With the announcement of the Grace CPU, Nvidia has now officially become a “three-chip company.” As the data and size of AI models grow, the use of CPUs that can “be tightly coupled” to a GPU are essential to eliminate bottlenecks and accelerate workloads. With the Grace CPU, Nvidia plans to do just that. 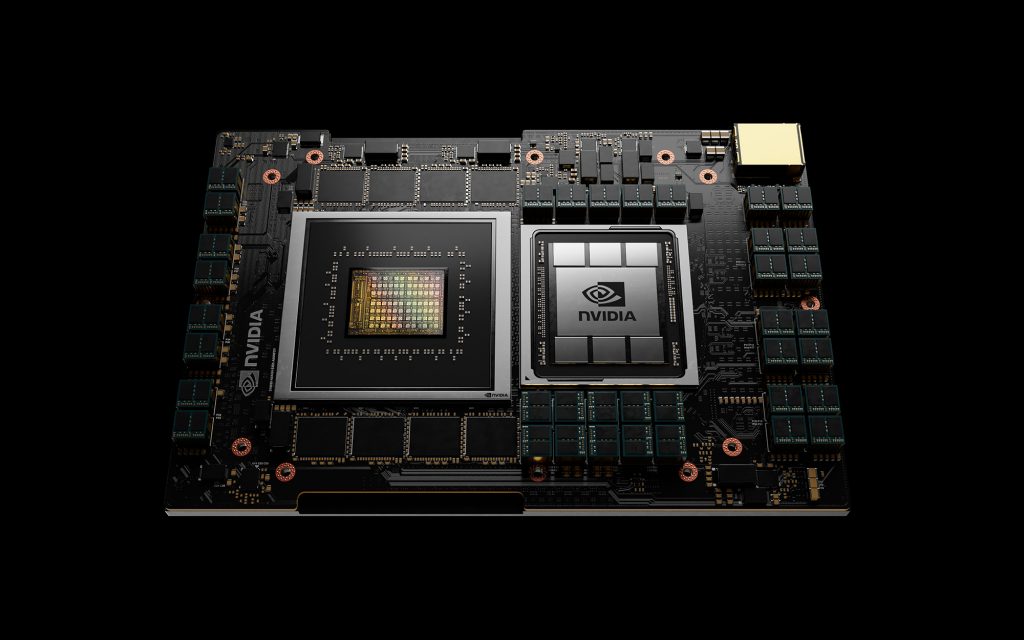 When used alongside an Nvidia GPU, the Grace CPU can deliver up to 10x the performance of the current top-of-the-line Nvidia DGX-based system, powered by x86 processors. There are already two entities interested in building a Grace-based supercomputer: the Swiss National Supercomputing Centre (CSCS) and the U.S. Department of Energy's Los Alamos National Laboratory.

There is still work left to be done though, with Nvidia's Grace CPU expected to launch in early 2023. Discuss on our Facebook page, HERE.

KitGuru says: Nvidia is pushing its way into the CPU market, creating a fully connected platform for supercomputing. Do you think Nvidia will eventually release consumer CPUs, or will the focus remain on supercomputers and datacentres?