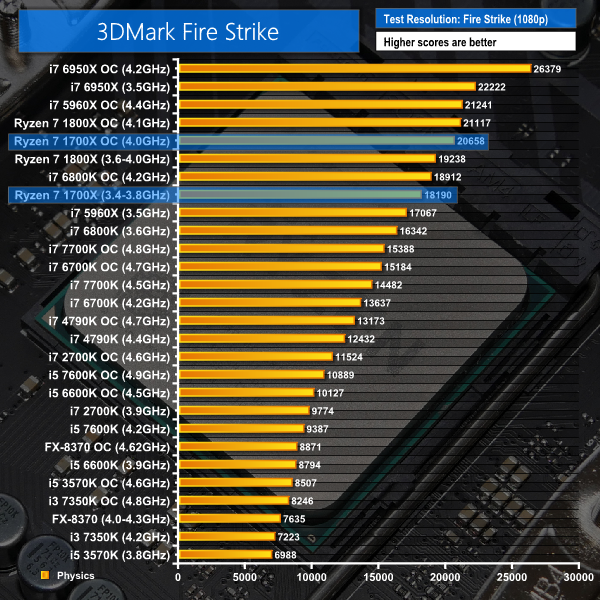 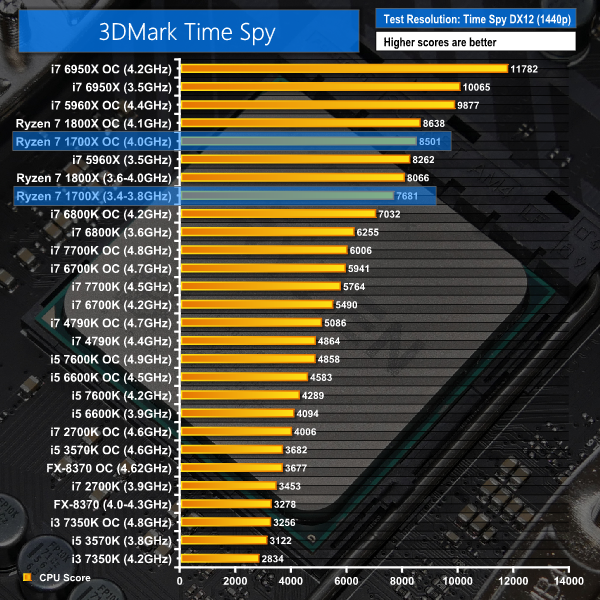 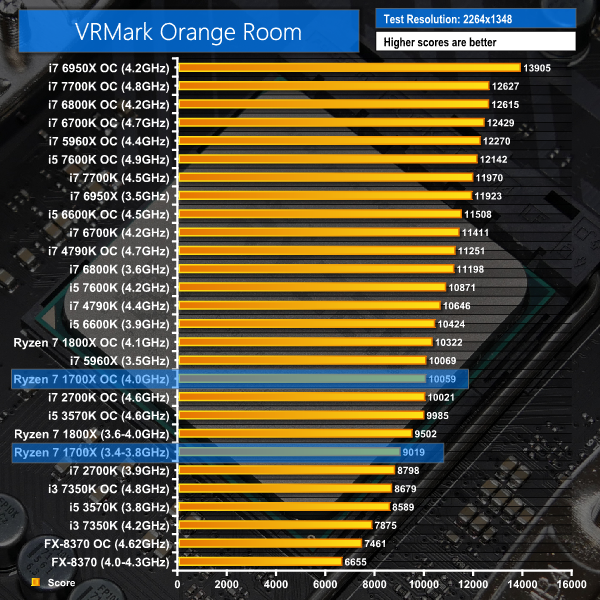 Scores in FutureMark’s 3DMark tests are strong, though the hierarchy does shift somewhat compared to computational performance thanks to the i7-5960X’s ability to take easier victories at stock and overclocked frequencies. Pure DX12 performance, as indicated by the Time Spy CPU test, looks to have strong potential for the Ryzen 7 1700X. That’s a point that may be worth noting to consumers purchasing a multi-purpose CPU to last a number of years, during which time DX12 will be more prevalent.

VRMark doesn’t seem to like the Zen-based architecture in Ryzen 7. Both the 1800X and 1700X show uninspiring scores in this benchmark, which could indicate a potential optimisation issue. We won’t put too much stock in the numbers displayed by a synthetic test such as VRMark. However, it is certainly worth bearing in mind.