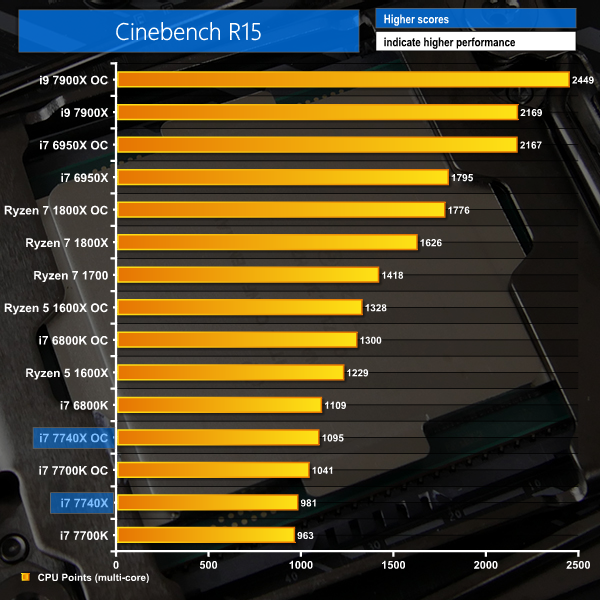 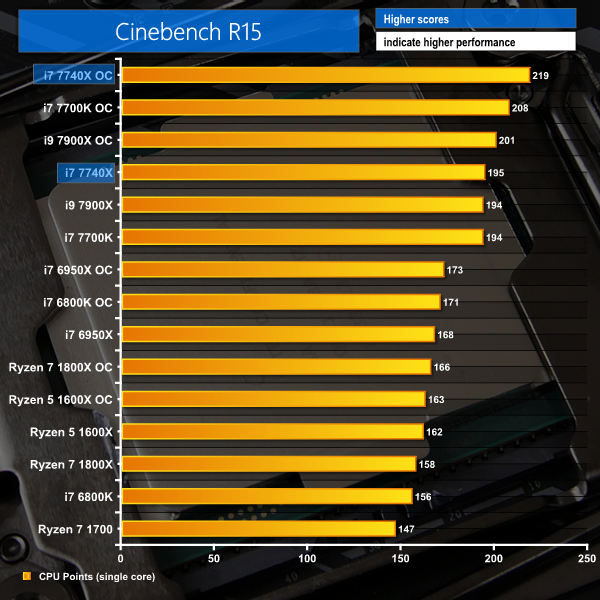 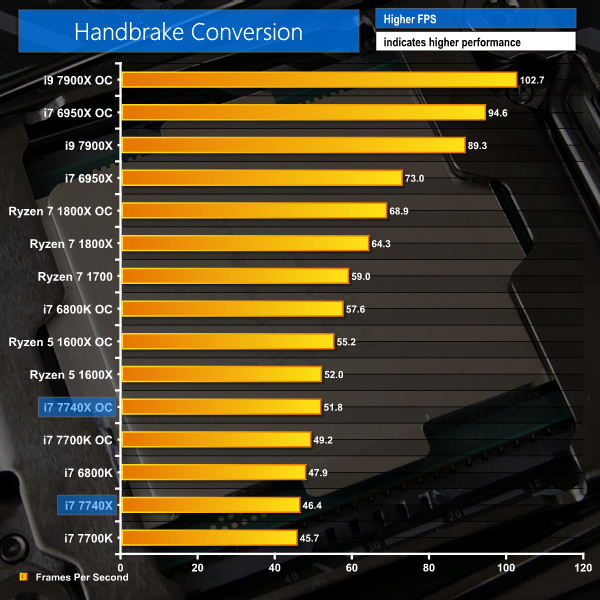 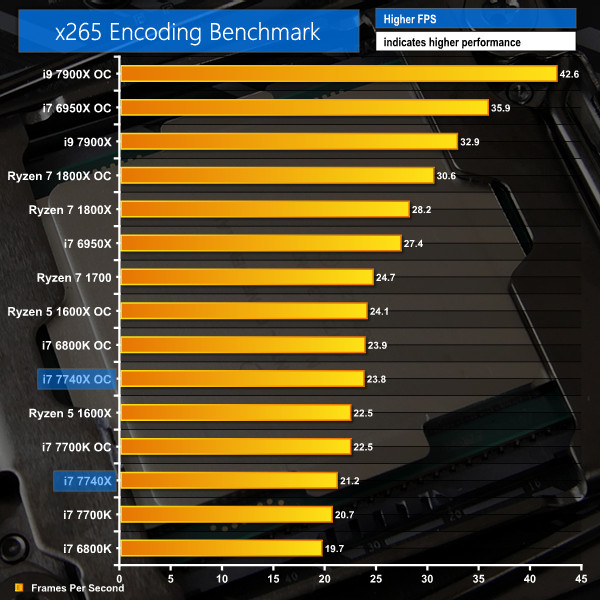 The Core i7-7740X’s performance in our CPU-heavy, multi-threaded benchmarks is unsurprising. A slight frequency bump over the 4C8T 7700K allows the 7740X to offer slight performance improvements in all circumstances (1.9% in Cinebench, 1.5% in Handbrake, and 2.4% in x265 encoding). However, compared to the similarly-priced Ryzen 7 1700, Intel’s quad-core processor is well-and-truly beaten when focussing on multi-threaded performance.

Single-core performance is a clear strength for the 7740X thanks to its Skylake-based microarchitecture and very high operating frequencies. When overclocked to 5.1GHz, the quad-core Kaby Lake-X i7 establishes a very comfortable lead in the Cinebench single-threaded test.

Looking at comparative performance, the Ryzen 7 1700 is 45% faster than the stock-clocked 7740X in Cinebench, 27% quicker in Handbrake, and 17% better in x265 encoding. However, the stock 7740X is 33% higher performance than the Ryzen 7 1700 in Cinebench single-threaded. The Kaby Lake-X i7 puts up a better fight against the six-core Broadwell-E i7-6800K thanks to the latter’s significant frequency disadvantage.