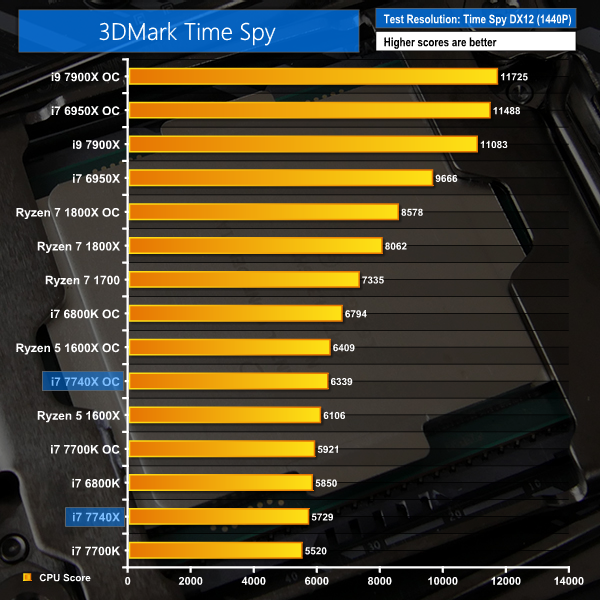 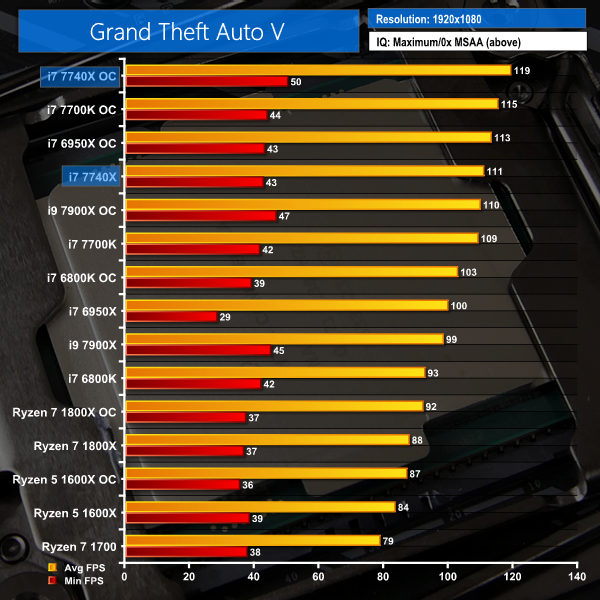 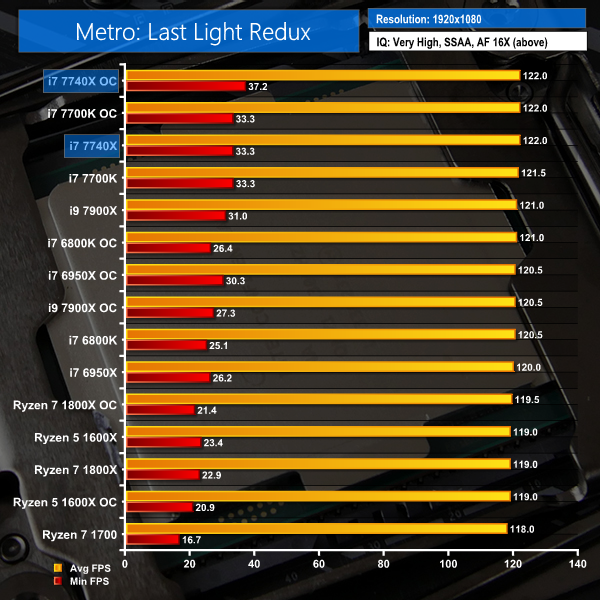 Gaming performance is where the Core i7-7740X sets the playing field alight, just as its mainstream 7700K cousin did. Kaby Lake with high clock speeds is the recipe for chart-topping gaming performance numbers.

3DMark is well multi-threaded and therefore does not reward the 7740X’s significant clock speed. GTA V and Metro: Last Light, both of which like clock frequency and, especially in GTA’s case, core count, show superb performance with the Kaby Lake-X Core i7. Overclocking to 5.1GHz firmly positions the 7740X at the top of both gaming charts, with the next closest competitor being our lower-clocked 7700K.

Compared to the Ryzen 7 offerings, the Core i7-7740X destroys all of AMD’s options when it comes to performance in GTA V (which is known to favour Intel hardware) in a way that will be important to high refresh rate gamers. Of course, the trade-off is a severely diminished amount of spare CPU resources for operations such as streaming whilst gaming, if that is important to you.