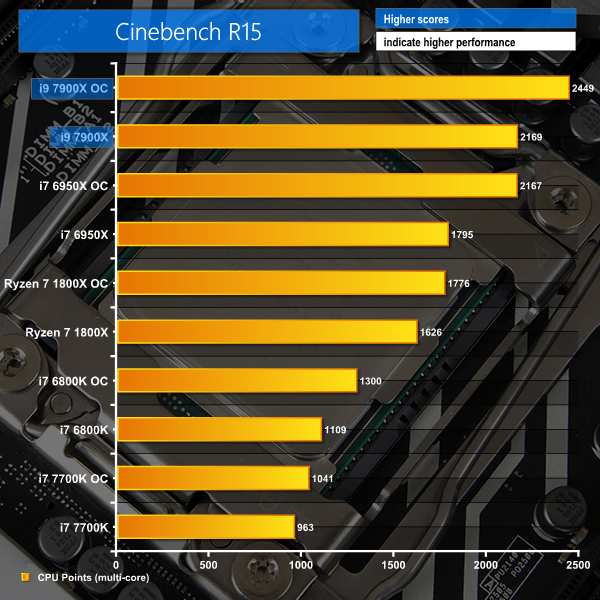 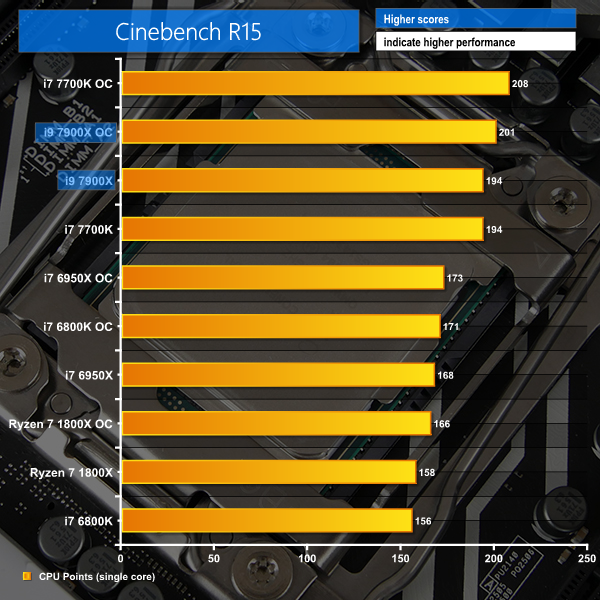 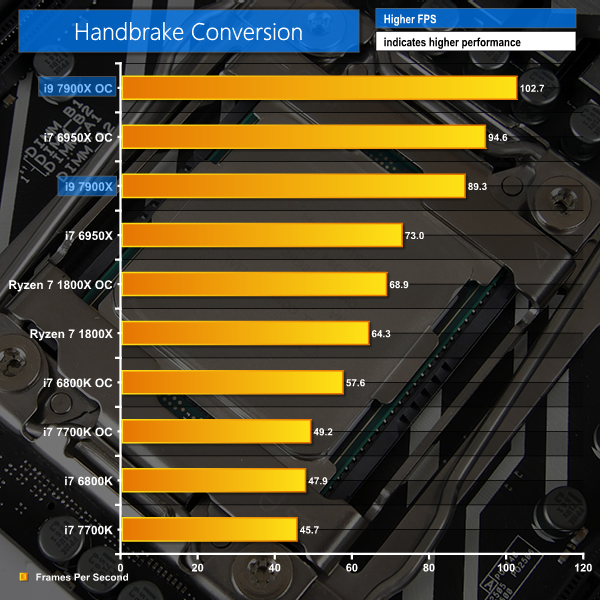 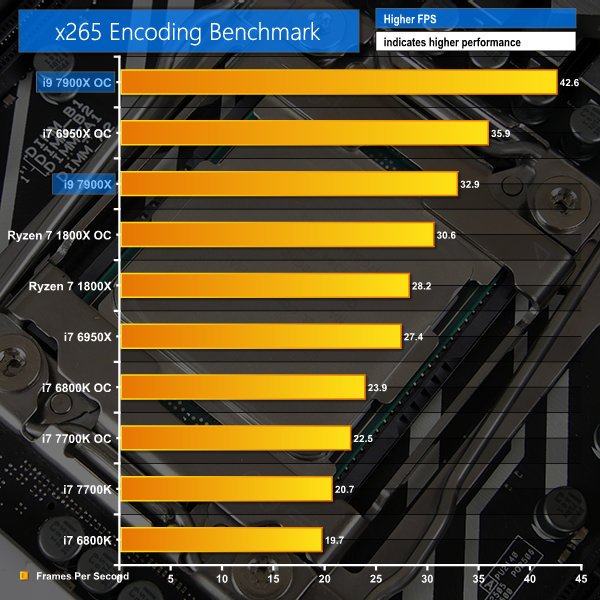 Multi-threaded performance from the Core i9-7900X is superb. There’s no other way of putting it. In Cinebench multi-threaded, the Skylake-X 10-core chip is 21% faster than the Core i7-6950X it replaces at stock frequencies and 13% with both processors overclocked. Switch focus to Ryzen 7 1800X, and the i9-7900X is 33% faster at stock and 38% better when overclocked. Single-threaded performance also shows Skylake-X in a positive light thanks to its high clock speeds and modern architecture.

Handbrake performance for the 7900X is strong but the chip’s tendency to reduce its frequency to 3.6GHz during conversion resulted in reduced performance against an overclocked 6950X. We saw similar frequency reduction characteristics from the 6950X and this is a testament to the stress placed on CPUs by Handbrake. Compared to the 6950X, the i9-7900X is 22% faster at stock and 9% quicker when overclocked. Skylake-X’s 10-core beats Ryzen 7 1800X by 39% at stock and 49% when overclocked.

If you are looking for a multi-threaded beast, Intel’s new Core i9-7900X is just that. It puts a beating on every other CPU in our charts at stock, and only the Broadwell-E i7-6950X can show competitive performance when heavily overclocked.