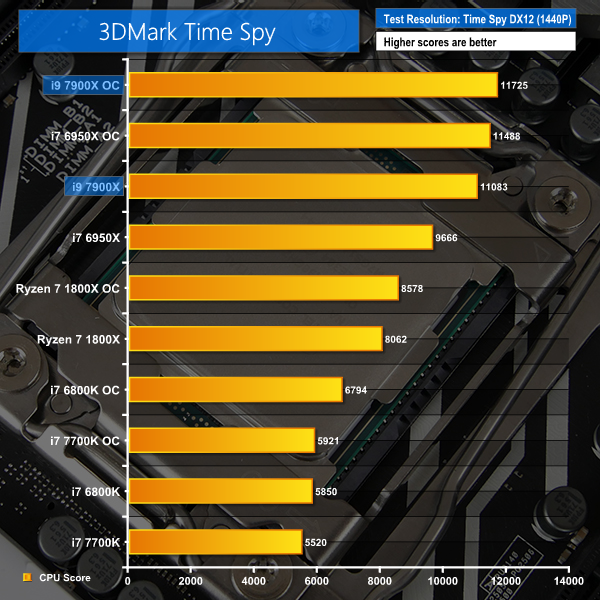 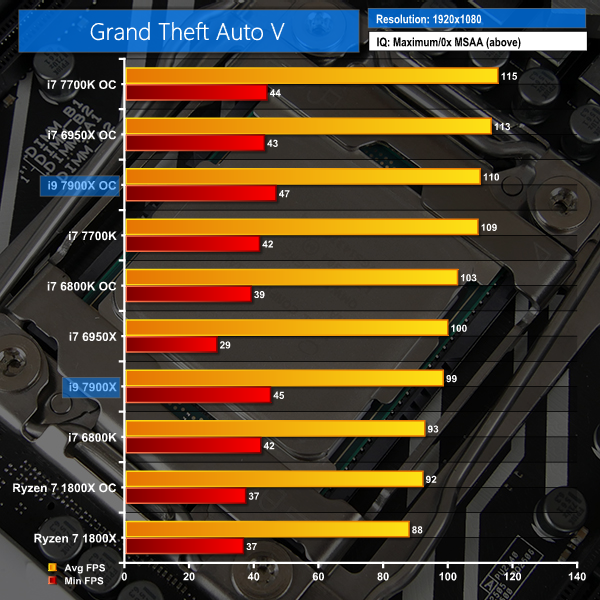 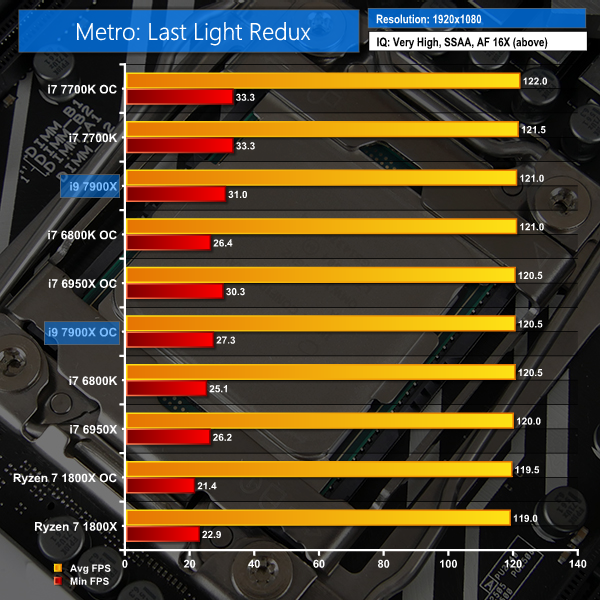 3DMark’s Time Spy DX12 benchmark shows a liking for the 7900X. This benchmark scales well with core count in a manner that few games currently follow. It is, however, a promising insight to performance with potential future more multi-threaded titles.

GTA V performance from the 7900X is a little surprising, given that Skylake architecture and a 4.0GHz clock speed should result in performance that handily outperforms the stock-clocked i7-6950X. That is, however, not the case. It seems that the rebalanced cache for Skylake-X is having a slightly negative influence on gaming performance, compared to Kaby Lake and Broadwell-E. The overclocked 6950X is slightly faster than the overclocked 7900X in GTA V at 1080P, despite the latter’s 400MHz clock speed advantage. With that said, the Skylake-X 10-core is faster than Ryzen in GTA V (which is not surprising given GTA V’s affinity for Intel architectures).

Even at 1080P, Metro: Last Light Redux is GPU-limited at 120 FPS. As such, all CPUs will perform pretty much the same in this title. Kaby Lake’s Core i7-7700K is consistently the fastest part, with Ryzen 7 1800X propping up the pack. The Skylake-X 10-core sits nicely in between with strong minimum FPS numbers.

For years, Fortnite on Android circumvented the Google Play Store due to its 30% cut …