While the RTX 3090 Ti was officially announced back at CES 2022, we've had to wait until now to hear more about Nvidia's new flagship GPU. That's right, the RTX 3090 Ti launches today, and we are checking out both the MSI Suprim X and Palit GameRock OC models. But how much faster is this new card compared to the RTX 3090? And will it really guzzle 450W of power? We discuss all that and more in this review.

We've mentioned that this is a ‘new' GPU, which I suppose is technically true, but the reality is the Nvidia RTX 3090 Ti is using the same GA102 silicon we have been familiar with ever since the launch of the RTX 3080 10GB and RTX 3090 24GB back in September 2020. Yes, it has been tweaked with a few extra cores, higher clocks and faster memory, but it's very much an Ampere GPU, fabbed on Samsung's 8nm process, so don't expect wild performance gains over the vanilla RTX 3090.

Due to the increase in power draw however, the two cards we are looking at today are easily the largest I have ever seen, with both the MSI RTX 3090 Ti Suprim X and the Palit RTX 3090 Ti GameRock OC dwarfing even the RTX 3080 Ti. We take a closer look at each of these days in the subsequent pages of this review. 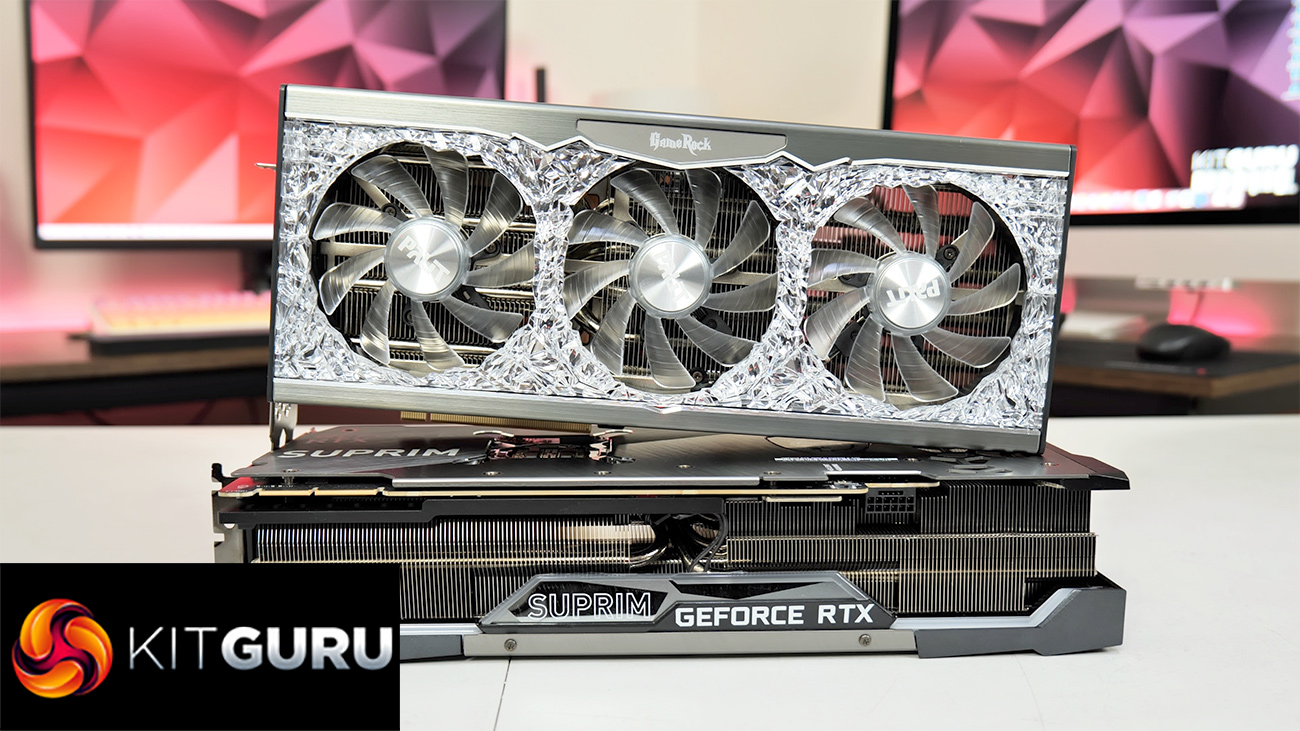 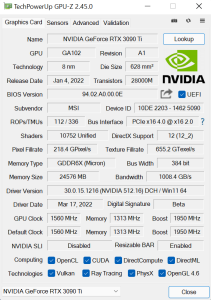 Let's first recap the exact makeup of this GPU however. We've mentioned the RTX 3090 Ti uses GA102 silicon, but it's the first time we have seen a fully populated die. That means the RTX 3090 Ti incorporates 84 Streaming Multiprocessors (SMs), and thanks to Ampere’s SM structure with its two FP32 datapaths, each SM houses 128 CUDA cores, giving a total of 10752. This is an increase of 256 cores compared to the RTX 3090, an extra 2.4%.

Ampere also places one RT core, and four Tensor cores, in each SM, giving a total of 84 RT cores and 336 Tensor cores. This is accompanied by 336 texture units and 112 ROPs which are housed directly within each graphics processing cluster (GPC), with 16 ROPs per GPC, and 7 GPCs in total for RTX 3090 Ti.

Clock speed is another area where Nvidia has made improvements compared to the RTX 3090. The RTX 3090 Ti has a reference clock of 1860 MHz, a boost of 165 MHz against the RTX 3090, though both of the partner cards we test come factory overclocked. We test real-world clock speed behaviour later in this review.

For the memory, Nvidia is using the same 384-bit bus as found with the RTX 3090. The memory allocation itself remains with 24GB of GDDR6X, but the kicker is these modules themselves have been upgraded to new 21Gbps chips. This brings total memory bandwidth up to over 1TB/s, hitting 1008GB/s to be precise.

Lastly, for total graphics power, Nvidia rates the RTX 3090 Ti for 450W, an increase of 100W, or 28.6% compared to the vanilla RTX 3090. Both cards we are looking at today push this further still, with a 480W power limit for the Suprim X, and a 460W limit for the GameRock OC. Of course, we are on hand to utilise our best ever GPU power testing methodology, so read on for our most detailed power testing yet.