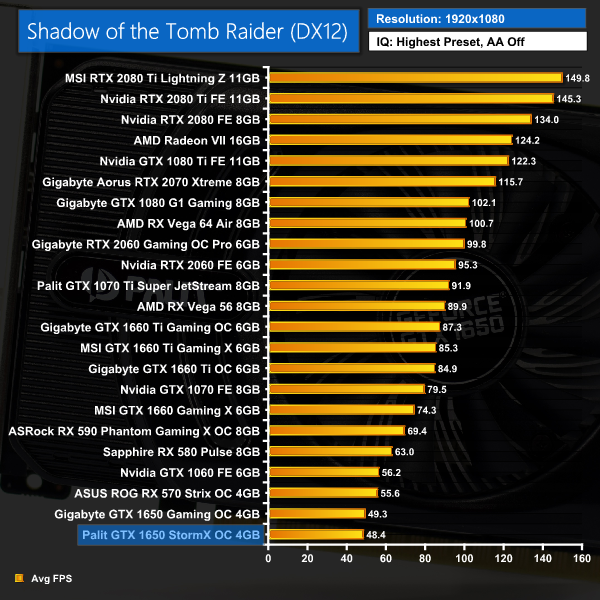 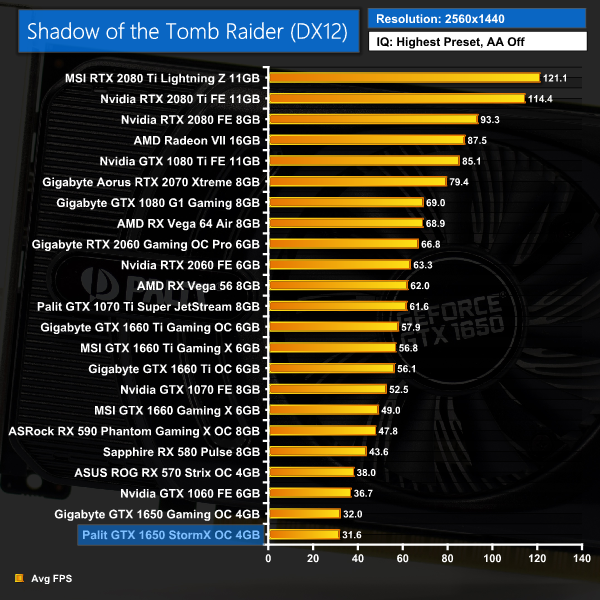 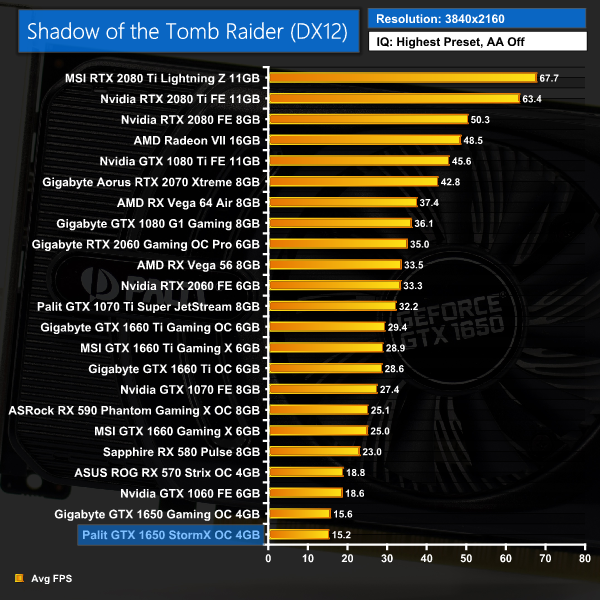 As the last game on test today, Shadow of the Tomb Raider doesn’t present any surprises, with Palit’s StormX OC less than a frame slower than the Gigabyte 1650 across all resolutions. RX 570 remains 7FPS faster at 1080p.