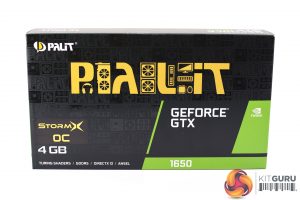 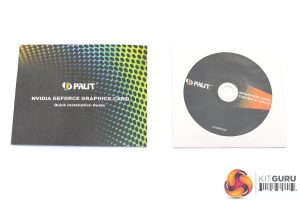 The Palit GTX 1650 StormX OC ships in a black box with a large Palit logo written in gold text – there’s no image of the card itself visible on the front.

Inside, there’s not much in the way of included accessories, with just a quick start guide and driver disk. 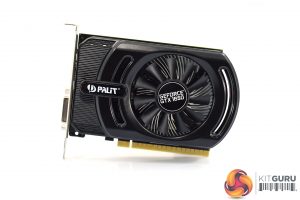 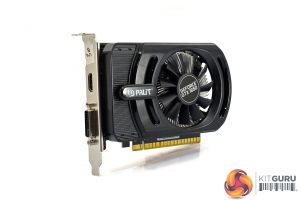 It’s the card we’re really interested in, and Palit has clearly gone for a simplistic approach for this GTX 1650. It’s an absolute tiny card (more on that below), with just a single 70mm fan for cooling. The shroud itself is made of black plastic, with a small Palit logo printed to the left of the fan, but otherwise it is pretty plain. 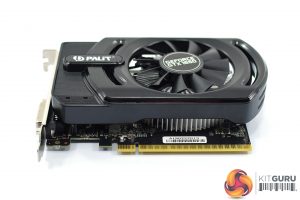 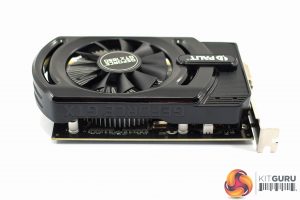 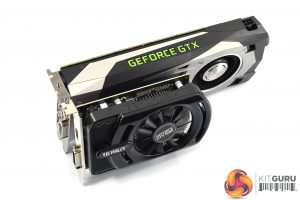 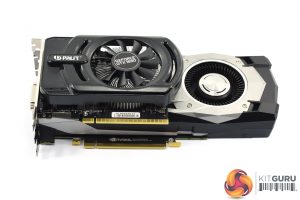 The key thing here, though, really is the sheer size (or lack thereof) of the card, and it’s definitely the smallest I’ve ever reviewed – measuring just 145 x 99 x 40 mm. I’ve put it next to a GTX 1060 Founders Edition in the photos above – which is itself not a very big card – and it looks absolutely minuscule. It’s also very light, weighing just 241g.

One thing worth noting is that while Palit lists it as a ‘1 slot’ card, that’s perhaps a little misleading. It has just one PCIe bracket, yes, but the cooler is still 40mm thick and it will occupy two slots in your case. No matter how slice it, it’s still incredibly small. 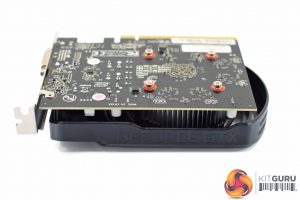 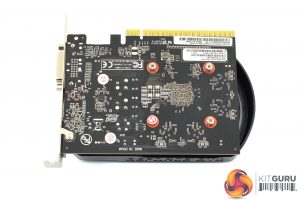 It’s not much of a surprise to see there’s no backplate included, and the only branding on the front side of the card is the ‘GeForce GTX’ logo etched into the plastic. There’s no RGB – or lighting of any kind – anywhere on the card. 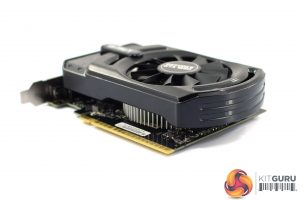 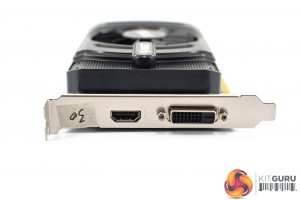 As we’ve already mentioned, this card pulls all its power from the PCIe slot – meaning there is no additional PCIe power connector.

Display outputs are also worth touching on, because you only get two – HDMI 2.0b and and DVI-D. What this means is you won’t be able to use this GTX 1650 with a FreeSync monitor – Nvidia announced support for Adaptive Sync back at CES 2019, but currently this only works over DisplayPort. How much of an issue this is for a prospective 1650 owner will vary, but it’s certainly not ideal. 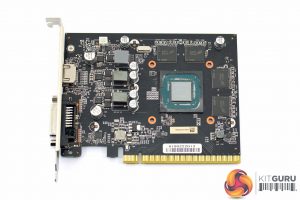 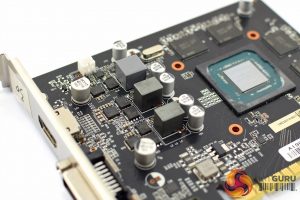 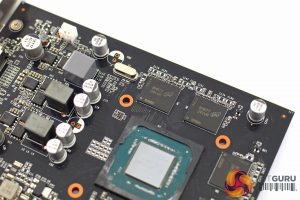 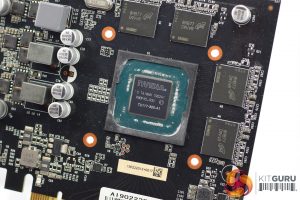 Taking the card apart is a simple matter of removing four screws from the back of the PCB. Then we get a look at the simple 2+1 power phase configuration, as well as the 4x1GB GDDR5 memory chips which are from Micron – each chip is labelled ‘8MB77D9VVR’. The GPU die is labelled ‘TU117-300-A1.’ 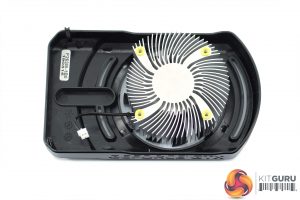 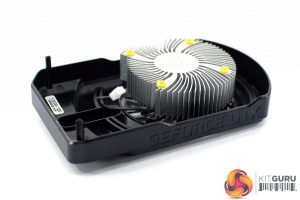 Lastly, a look at the cooler rounds things off. It is clearly very basic – with no heatpipes, it’s just a small aluminium heatsink that is somewhat reminiscent of Intel’s stock cooler designs. It’s really not much, but then again GTX 1650 doesn’t need much in the way of cooling – especially considering this is a 75W card with a firm power limit. We’ll look at thermal performance later in the review.