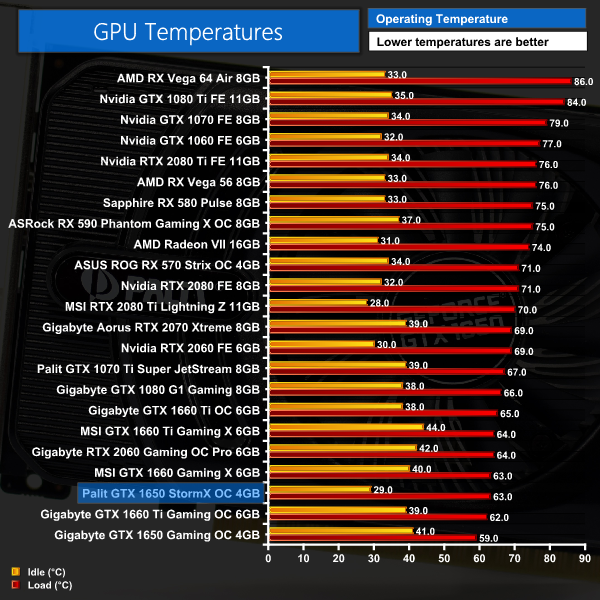 Earlier in the review, I pointed out the very basic cooler Palit has used – it’s literally just a tiny heatsink with no heatpipes and a single 70mm fan. It turns out you really don’t need more than this for a GTX 1650 as the chip is just so low-power – the core peaked at just 63C under load. That’s 4C hotter than the Gigabyte card, which has a more sophisticated cooler, but it is still a very impressive result from this card. 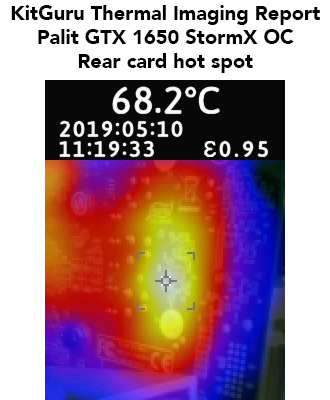 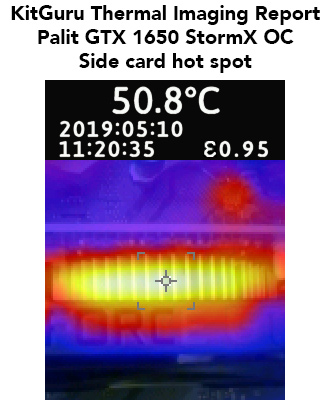 As for our thermal gun images, we can see the downside to Palit choosing not to install a backplate on this card, with a hotspot of 68C on the rear of the PCB. This is still a perfectly decent result, but with a backplate we would expect it to be even lower as the heat would be spread out and not concentrated in the area behind the GPU core.