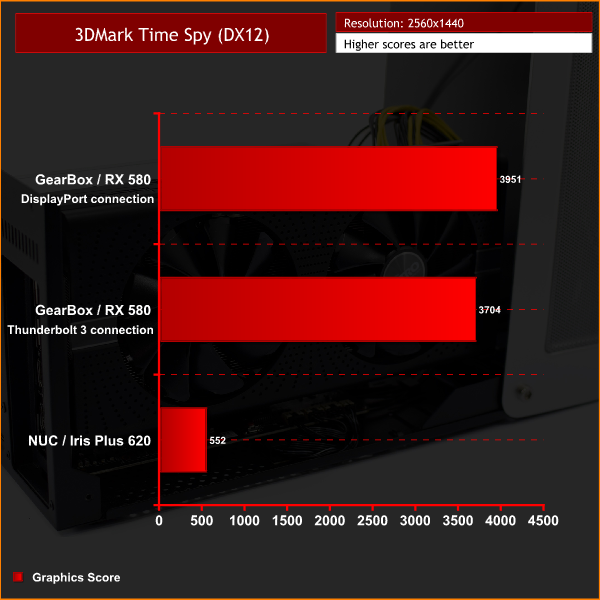 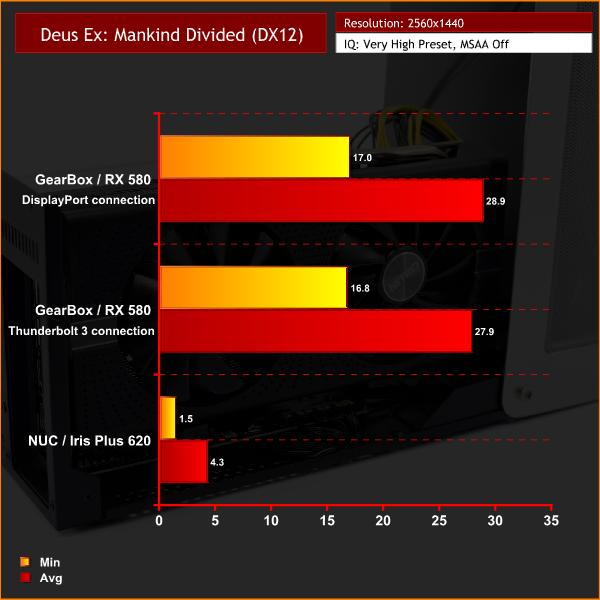 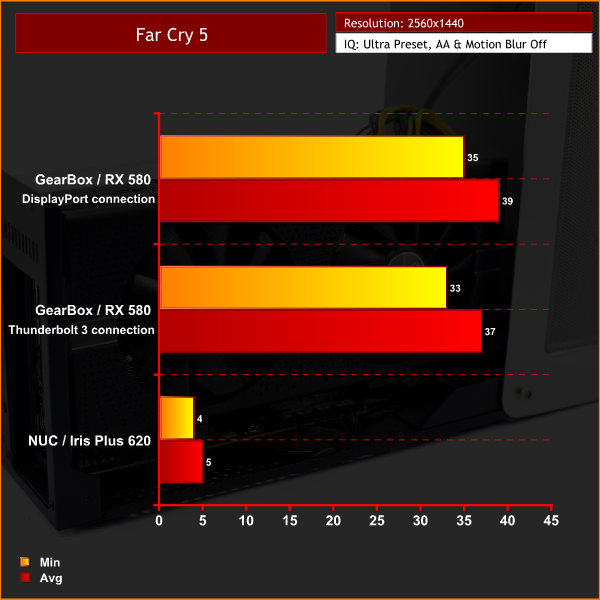 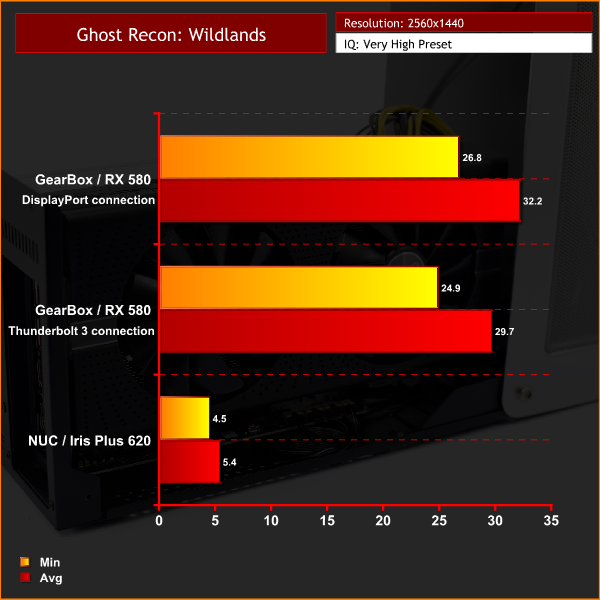 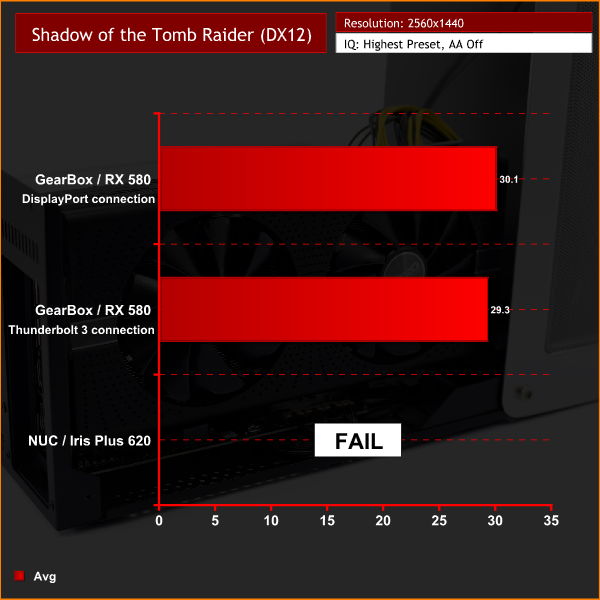 Frame rates aren’t quite as good at 1440p with the RX 580, though we can clearly observe a CPU bottleneck in the Deus Ex results as the frame rates did not change when increasing the resolution from 1080p to 1440p. The choice of CPU is almost always going to be a limiting factor when using an eGPU, as the kind of mini PC/laptop that doesn’t have decent dedicated graphics is likely to have a fairly weedy low-power processor as well.

That being said, most ultrabooks released in the last year and a half are likely to have Intel Whiskey Lake processors, of which the i5 and i7 variants are quad-core chips. This NUC only has a dual-core processor, but it really depends on what kind of machine you want to pair an eGPU with.