To see what benefit we get from using a GearBox / RX 580 for video rendering, I exported a 1min30 4K30FPS video file with and without the GearBox connected. I exported using Adobe Premiere Pro CC, using the YouTube 1080p HD Preset. 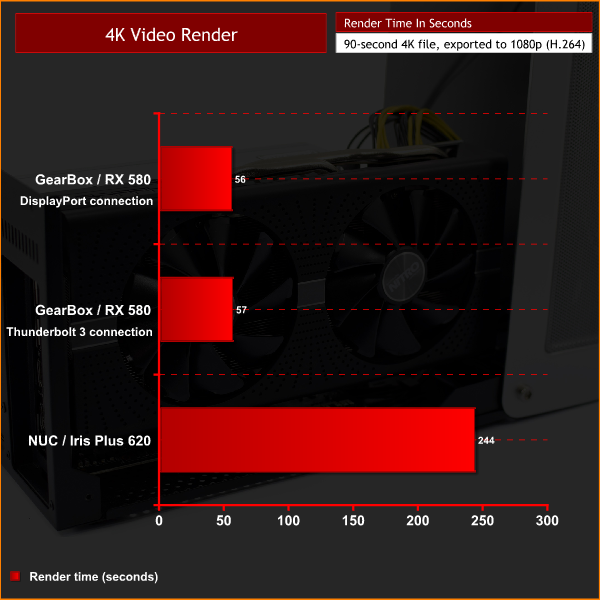 As you can see, a dedicated graphics card can help massively with video rendering. For me, this opens up the possibility of using an ultrabook or MacBook on a day-to-day basis, but plugging it into something like the GearBox at home to benefit from those increased render times. That way of doing things certainly means you wouldn’t have to lug a thicker or heavier gaming laptop around when you have the eGPU waiting to render for you at home.

Noise output of the GearBox is going to vary depending what card you install in it. That being said, there are two fans exhausting from the roof of the enclosure, so it is worth touching on acoustics. 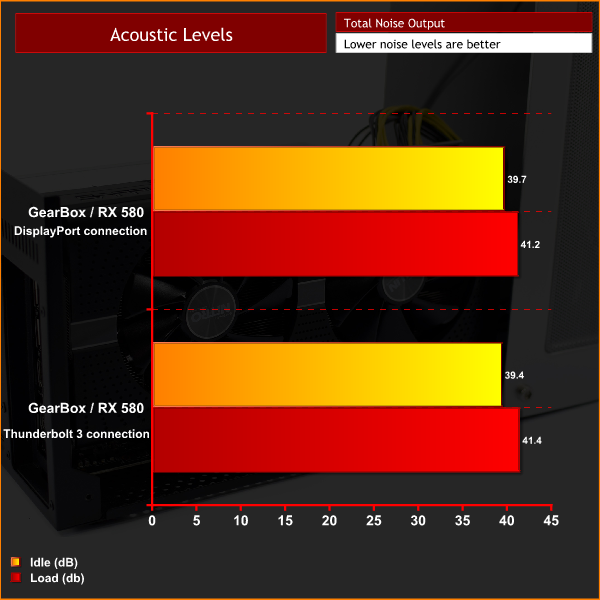 Overall, the fans in GearBox are not really loud at all. They are audible at all times, however, as they don’t switch off when the GPU is in low load scenarios, so that could be one improvement to be made. On the whole, though, total noise output is similar to having an open-air test bench next to you, so it is really nothing to complain about. 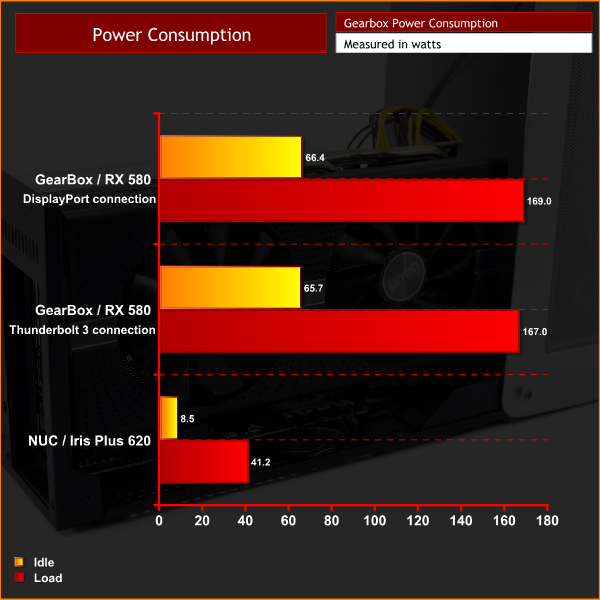 Power consumption is again going to vary massively depending what GPU you choose, but with this RX 580 the GearBox wasn’t pulling more than 170W from the wall. It’s obviously a lot more than the NUC and its integrated graphics, but that really is the whole point of an eGPU – giving you a higher-power graphics solution than your system would otherwise allow.