Power consumption was measured after 5 minutes of load under three scenario: Furmark, Fire Strike and desktop idle in sequential order with 2 minutes of downtime in between each test. The measurement was taking using a Prodigit 2000MU power meter and measured for the whole system at the power supply, excluding the monitor.

Some cards have no result recorded for the Furmark test, as I found a couple of the cards underclocked themselves to avoid long-term damage, so the power consumption levels were much lower. 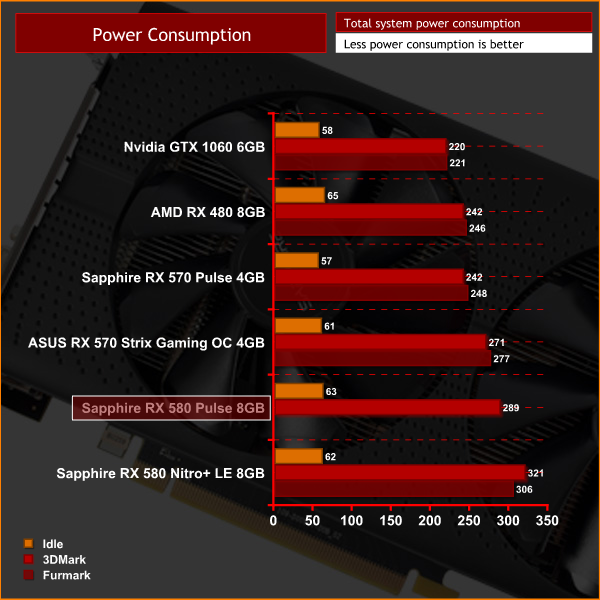 While I did not get a result for FurMark, the 289 Watt power draw reading taken while running 3DMark matches the figures I saw while gaming. This is higher than the reference RX 480 8GB, due to the factory overclock, and is considerably more than the GTX 1060.