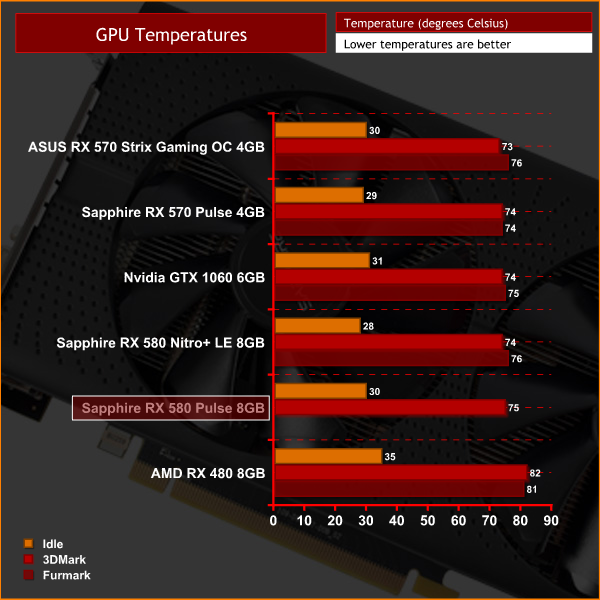 FurMark again did not give me usable data, but a peak of 75 degrees while running Fire Strike means the Pulse RX 580 performs similarly to other aftermarket cards we have tested previously. 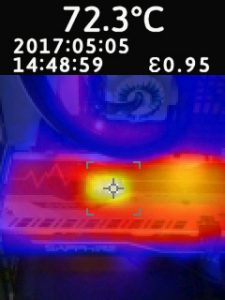 Using one of our thermal imaging camera’s I observed a hotspot of 72.3C. This is the area directly behind the GPU core, where there is a small backplate cut-out. The rest of the backplate stayed visibly cooler.