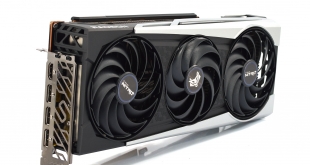 After the launch of AMD’s flagship GPU, the RX 6900 XT, today we take step down to take a look at another custom RX 6800 XT. In for review is the Sapphire RX 6800 XT Nitro+, a large triple-fan solution with factory overclocked core and increased power limit compared to the reference specifications. We put this card through its paces and see how it compares to both AMD’s reference design, as well as the PowerColor Red Devil.

Sapphire’s Nitro+ series has earned a well-deserved reputation for quality, with the RX 5700 XT Nitro+ impressing us when we reviewed it last year. Sapphire also produces slightly more affordable cards as part of the Pulse series, but we are told these models will be coming later.

For now, our focus is on the RX 6800 XT Nitro+, and while stock is still seemingly impossible to come by, we have been told by Sapphire this model has an MSRP of £694 here in the UK. There is also a Nitro+ SE (special edition), which comes with ARGB fans and an extra USB-C port at a slightly higher price point, but this review is focused on the regular Nitro+. 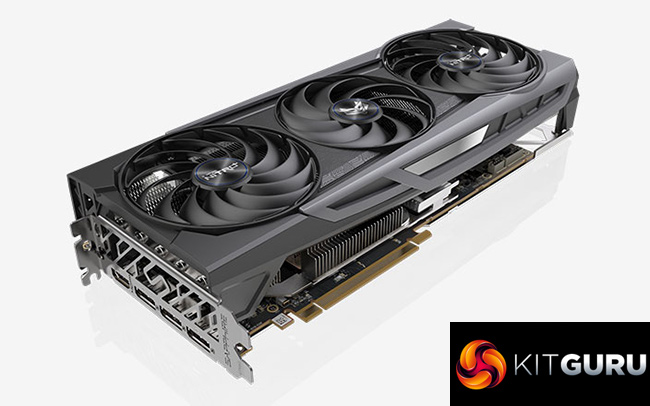 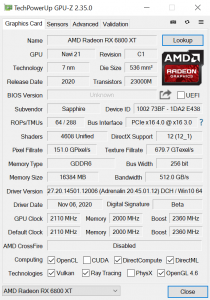 Rated clock speed has increased significantly for the RX 6000 series. The reference RX 6800 XT, for instance, has a rated game clock of 2015MHz and a rated boost clock of up to 2250MHz. The Sapphire Nitro+ has increased this to 2110MHz and 2360MHz, respectively.

AMD has also increased the memory capacity, with 16GB of GDDR6 memory found on every RX 6000 SKU (so far). The memory is clocked at 16Gbps, and operates over a 256-bit memory interface for total bandwidth of 512 GB/s. AMD has also implemented a 128MB Infinity Cache on the Navi 21 GPU, to significantly increase effective memory bandwidth without excess power draw.

Speaking of power, the reference RX 6800 XT has a rated total board power (TBP) of 300W, though Sapphire has increased this for the Nitro+, as we will see later in this review.