Blender is a free and open source 3D creation suite. It supports the entirety of the 3D pipeline—modeling, rigging, animation, simulation, rendering, compositing and motion tracking, even video editing and game creation. The latest version at the time of writing, 2.79b, supports rendering on the GPU as well as the CPU. In GPU mode, it will render using OpenCL with AMD graphics cards, and CUDA with NVIDIA graphics cards.

For this test, we used the Gooseberry Production Benchmark. Project Gooseberry is the code name for the Blender Institute’s 6th open movie, Cosmos Laundromat — a 10-minute short, the pilot for the planned first-ever free/open source animated feature film. The benchmark renders a single frame from this film in intermediate quality.

Unfortunately, this render is so intensive that it doesn’t run on cards with only 8GB frame buffers – including the AMD Radeon Pro WX 8200 and NVIDIA Quadro P4000. It should also be noted that whilst AMD cards are fine with 32 x 32 tile sizes, NVIDIA cards prefer 256 x 256. So we have included these partial results to show how the synthetic OpenCL performance shown with LuxMark 3.1 pans out in a real GP Compute render on the AMD and NVIDIA architectures 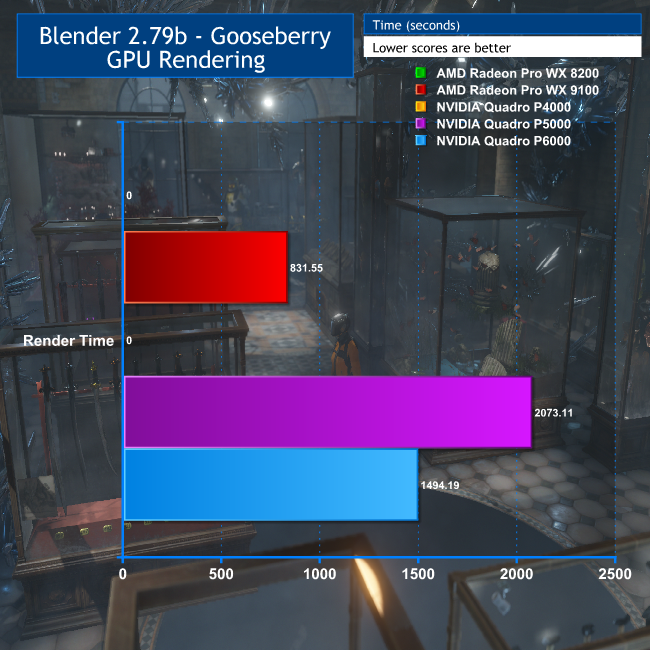 As already noted, the WX 8200 and P4000 run out of memory with this render and can’t complete, but it’s clear that the AMD Radeon Pro WX 9100 has a lot of GPU Compute power compared even to the Quadro P6000. 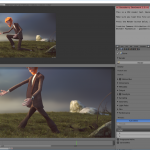 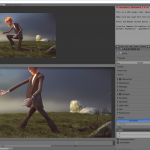 The Blender Benchmark is a platform to collect and display the results of hardware and software performance tests with the open source Blender 3D content creation application. The benchmark aims to provide an optimal comparison between system hardware and installations, and to assist developers to track performance during Blender development.

The benchmark consists of two parts: a downloadable package which runs Blender and renders on several production files, and the Open Data portal on blender.org, where the results will be (optionally) uploaded. The full benchmark renders six different scenes of varying complexity, and can be run on both CPU and GPU. We ran them on the four main test GPUs. 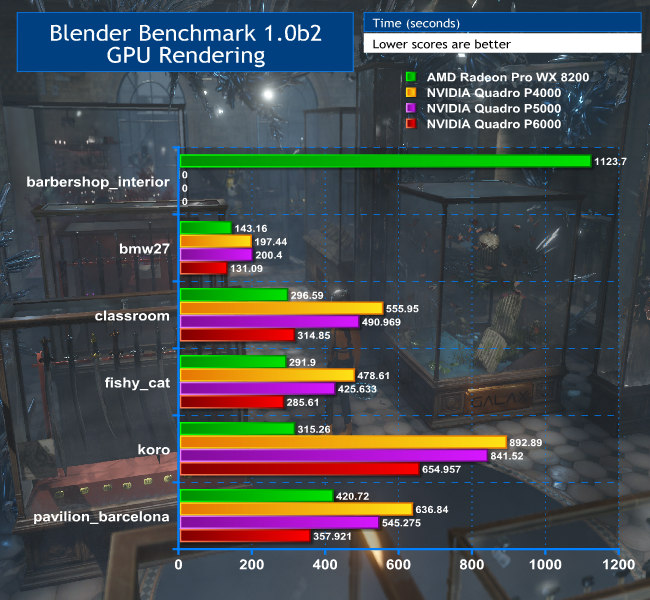 For some reason, the barbershop_interior scene would not render on any of the NVIDIA graphics cards. All of them crashed with this test. But the other five scenes rendered as normal.

The results echo our synthetic OpenCL test. The WX 8200’s OpenCL power is clearly immense, because it trounces the P4000 and P5000 in every test, and runs the P6000 closely too. In fact, it’s slighlty faster at rendering the classroom scene, and a lot faster with the koro scene. If you are planning to render 3D via GPU compute, the WX 8200 has a lot of OpenCL grunt on offer, despite its sub-£1,000 price. However, it can’t cope with scenes that require more memory than its 8GB frame buffer.